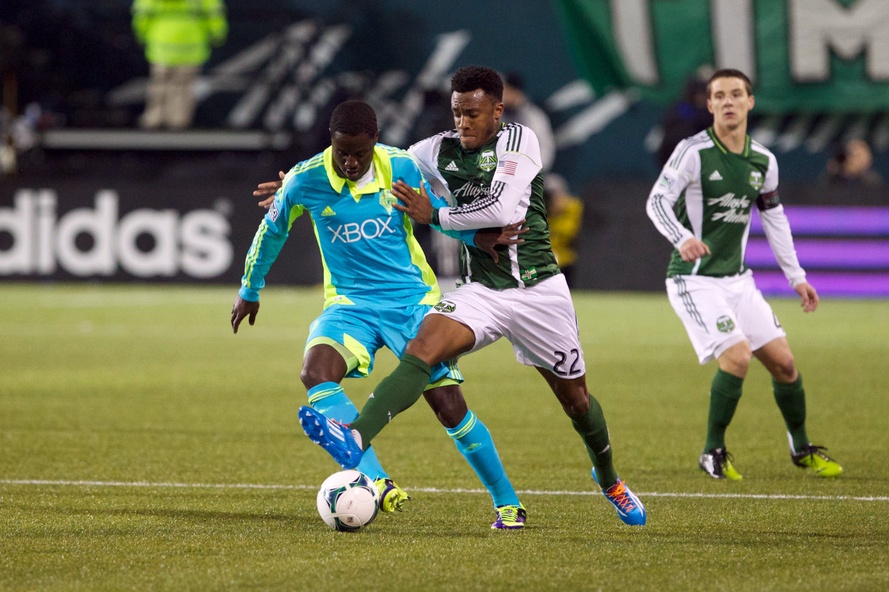 Major League Soccer is approaching what might be the most important period in the league's near 20 year history.  The league is planning expansion beyond 20 teams and the joint New York Yankees-Manchester City New York City FC venture with franchises throughout the southeast.  More star power may be on its way with LeBron James and David Beckham being mentioned as possible owners of a new team in Miami, not to mention what may happen in Atlanta and Orlando.

What is even more important than new expansion franchises are the league's television rights deals that are up for renewal after the 2014 season.  These negotiations have already been called the most important in league history by FC Dallas owner Dan Hunt and the stakes couldn't be higher.

To add more talent to the league, and thus more fans and television eyeballs, MLS needs more revenue from television.  Currently, the league makes $18 million dollars from both ESPN and NBC.  As negotiations have already gotten underway with the league's current partners, SBJ has reported the league looks to at least double that figure to $40-50 million dollars per year for the joint package of MLS rights and US National Team games.

There's one major wrinkle in those best laid plans – MLS's ratings have tanked this year.  20 matches on ESPN dropped a troubling 29% in viewership to 220,000 per game during the regular season off the league's best year on Bristol airwaves last season.  Audiences also fell 8% in games on NBCSN to 112,000.  This puts MLS beneath other second tier properties like the WNBA, IndyCar, and boxing.  With the league's pivotal negotiations currently being opened, the timing couldn't be worse for MLS to see its TV ratings fall off a cliff.

There are many theories abound from the soccer community on how MLS can fix its television ratings conundrum.  The truth is the league and its fans have to accept the fact that MLS isn't as attractive of a TV product as the English Premier League or UEFA Champions League because the quality of play there is much higher and it makes no difference whether a match is played in Dallas or Dortmund from your living room.  Attendance has been encouraging for the league, but they've always struggled in transitioning that success at the gate to television screens.

Just how can Major League Soccer break through on television?  It's not going to happen overnight, but there are some immediate, realistic fixes that could greatly improve the league as a television product.  With MLS and professional soccer in America at a crossroads, here are five helpful suggestions on how to help the domestic league on television.

One of the great attributes of the English Premier League and why it's so viewer-friendly is that you always know when games will be on every weekend. There's going to be three slots on Saturday (7:30 AM, 10 AM, 12:30 PM), two on Sunday (9 AM and 11 AM) and sometimes one on Monday afternoon (3 PM). Of course there are some shakeups with midweek scheduling and conflicts with cup ties, but week in and week out the schedule is predictable and reliable.

Now, tell me when MLS's broadcast windows are.

Until fans can find a consistent time for MLS games, very few people are even going to be able to make an investment in the league.

#2 actually ties into #1.  The most recent MLS game (yes, the season is still ongoing, but we'll get to that in a minute) was the semifinal first leg between Portland and Real Salt Lake.  It aired Sunday November 10th at 9 ET, directly competing against arguably the two most successful franchises on television – Sunday Night Football and The Walking Dead.  The game drew 302,000 viewers, ranking 139th out of 140 programs on ESPN that week.  That's… not good news at all.

Why would MLS want to compete on Sunday nights against the NFL and The Walking Dead and destroy a huge share of the audience?  During the fall, Saturday nights are just as bleak against college football and many fans are already soccered out after a morning watching the EPL.

The solution seems simple enough – create a national Game of the Week window on Friday nights.  Sure, the number of people watching television on Friday nights are down, but the tradeoff in having the evening largely to yourself would be well worth the risk.  The league likely won't want to do midweek games every week on Wednesday and Mondays and Thursdays are also owned by the NFL and heavy network competition.  Friday nights are wide open for MLS to finally establish a place to settle in for a while and get comfortable.  If fans knew there was a decent MLS game to watch every Friday night that always started at 8 PM ET, ratings would surely increase over the random number generator that spits out start times now.

MLS needs to do everything they can to help themselves on TV.  As a fan who faithfully supports a small market MLS team (Columbus Crew) and wants them to succeed, this one is tougher to admit.  The league is already stacked against small market clubs, but it is best for business to feature big market teams prominently.  The Seattle Sounders, LA Galaxy, and New York Red Bulls should be on national television consistently.  Hopefully the league gets to a point some day where Toronto vs Columbus can draw a good audience and those teams can have plenty of star players, but it's not there yet.

Until then MLS needs to ensure the best possible matchups are consistently televised to a national audience. Adopting some form of flex scheduling is the best way to accomplish this.  This way, the league can feature important matchups with playoff implications at the end of the year, rivalry games, and the best MLS has to offer on a weekly basis.  Anything that gives the league and its broadcast partners options to increase the television audience is a must at this point.

For that matter, while we're talking schedule changes, the 2013 MLS Playoff schedule is an embarrassment.  The Houston Dynamo played their two leg conference semifinal and first leg of a conference final in a 7 day span.  The break until the second leg of the conference final is a full two weeks thanks to the international window.  Then it'll be another two week break until MLS Cup on December 7th.  If the league can't even have a coherent playoff schedule, what hope does it have of getting fans to watch those playoff games?

The league has to be hopeful that ESPN and NBC are interested in renewing their rights contracts.  They will be even more excited if Fox can get involved and increase a potential bidding war between the rival networks for soccer in this country.  All three have been gobbling up as many soccer rights as they can and in the most encouraging sign for MLS, all three major powers are committed to the sport for the future.

However, it's not quite such a rosy picture for the league at the moment.  MLS has to fight for scraps from the programming gods at ESPN, where it will always be well down the totem pole.  Good luck finding an MLS regular season game ever discussed on SportsCenter or Mike & Mike, too.

At NBCSN, the league may have hoped NBC's commitment could have done for it what it did for the NHL with a massive investment in growing the league and increased airtime.  That did happen, but just for the EPL and not MLS.  Why?  NBC Sports owns the market for EPL games, but only shares part of the MLS rights.  As NBCSN exec Jon Miller has told this website, the strategy for NBC is investing in leagues in which they own the marketplace.  As long as MLS splits rights among multiple networks, they don't fit that profile, but that's exactly what they need at the moment.

The wild card may just be Fox Sports.  Imagine how much MLS and US soccer rights can help build the portfolio for Fox Sports 1 and Fox Sports 2 ahead of the 2018 and 2022 World Cup broadcasts.  Furthermore, the available airtime at Fox may be more attractive for MLS than ESPN or NBCSN.

Whoever MLS signs their next contract(s) with, they must have a bigger investment from their partners to truly grow.  Have it written in stone that the league needs highlights on SportsCenter or Fox Sports Live.  Demand an MLS Match of the Day show from NBC.  If you're MLS, your partners need to do more for you than show games at random times and call it a day.

5) MLS fans need to do their part

I've had a continuing conversation about TV ratings with lead ESPN soccer analyst Taylor Twellman about what the league has to do to grow on television, which remains the last unconquered frontier for MLS.  While I was behind the scenes with ESPN's soccer crew in Columbus at the USA-Mexico World Cup Qualifier, Twellman made this very salient point about how the league can grow on television:

"TV ratings for MLS have to grow.  The TV product of US games is skyrocketing, but the next step is to be here for the Columbus Crew hosting the Philadelphia Union.  It comes with every single soccer fan in the US that is a fan of the USMNT becoming a television fan of MLS.  What's very important for us is to make sure it's not just regional.  We need the Crew-Union game to be watched by Rapids fans.  Until that happens salary caps won't grow, designated players won't grow, all those things come when the TV ratings go up and I hope fans realize that."

MLS fans that are going through the gates each week need to be watching games on TV.  It's not about converting EPL fans or "Eurosnobs" or whatever pointless battles soccer fans need to have with one another to keep themselves busy.  It's about fans of the clubs and the US national teams realizing it's better for the health of the sport as a whole moving forward to have a growing, thriving domestic league.  That will only come through higher ratings and more television revenue.  Believe it or not, perhaps the quickest way for MLS ratings to grow is from people who are already MLS and US soccer fans.