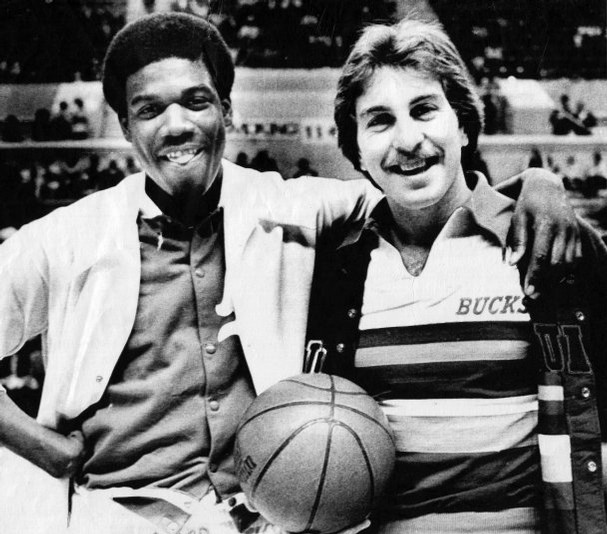 Most Similar To – Unmatched, Free Spirits

Review – Bernie and Ernie  is the 6th installment in this season's 30 for 30's and like the rest of the fall 2013 crop, it gets a middle of the road grade compared to the rest of the series, but again an average 30 for 30 is usually still a good investment of your time (for that matter most of the stuff in the sports documentary space is these days).

One thing that occurs to me is that out of this year's 6 docs, 3 have been the 90 minute (with commercials) length and 3 have been 60 minutes. In many ways Bernie and Ernie mirrors Free Spirits as it's a basketball documentary within the shorter 60 minute window that never really drills down that deep on 1 particular narrative but bounces around covering a lot of different aspects of a broader story – in this case the friendship between Bernard King and Ernie Grunfeld.

Similar to Free Spirits and This is What They Want, told in a concise 60 minute window (52 minutes without commercials) the film is able to keep you engaged and interested throughout, most critical to any sports documentary's broad appeal.

At its core, Bernie and Ernie is a buddy story and one that touches on compelling storylines such as racism in the South, alcoholism, and personal redemption in the wake of major injury.

Helping drive the story is the fact that Bernie and Ernie are one of those classic pairs of friends you'd never expect to be friends. One from a rough patch of Brooklyn, the other a Jewish immigrant. Both were seemingly misplaced playing at Tennessee although one meshed in well and the other is still haunted by some of his time spent in Knoxville.

The friendship was genuine, the chemistry on the court was uncanny, and the film takes you along as both men transitioned to the NBA where they'd be reunited on the Knicks.

I vaguely knew about King and it was enjoyable to learn more about his game and legacy, one that seems largely lost to younger basketball fans. Grunfeld's success in the NBA was more modest but the film paints the story that his presence had a calming effect  on King who always seemed to be battling something.

Both men came off as very likable and that helped the enjoyment factor of this 30 for 30, although at a certain point some legal issues are briefly mentioned regarding King. Since King is really the focus of this documentary and he's portrayed in a very sympathetic, intelligent, and affable manner, I thought it was odd that his run-ins with the law never really came up nor did the documentary focus much attention on his dicey relationship with alcohol. I'm guessing King's participation might have required that some of these things remained off limits but that's pure conjecture.

In terms of the quality of the film from a style, editing, footage, interview, etc, perspective, it's very high and again, packed into 1 hour there aren't really any lulls in the film.

Where Bernie and Ernie falls short of the upper echelon of sports documentaries is that it never really hits a crescendo. The friendship between the two was and is significant and helpful to their personal lives, sanity, and playing careers, but when was it essential or tested the most? Similar to Free Spirits, Bernie and Ernie covers a lot of interesting developments as mentioned previously (their upbringing, racism, King's injury, changing the basketball culture at Tennessee, and much more), but there isn't one segment that the documentary really sells to you as a climax or focal point of their friendship.

All that said, who doesn't like a good buddy story and one that spans multiple decades and settings? Add in the fact that the pace of the film and direction quality is very solid, and there is certainly more to like about this installment than there is to nitpick at. Bernie and Ernie is certainty worth your time, but I'm not sure it will rivet you or warrant much water cooler talk outside of the state of Tennessee.