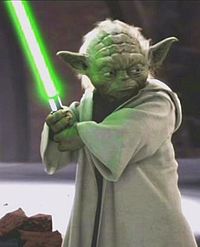 Earlier this week, Disney announced their acquisition of the Star Wars franchise and plans to make the 7th Star Wars movie for release in 2015.  This means two things – one, hopefully the legend of Star Wars won't end with that disappointment of the early 2000s.  Second, it means an avalanche of Disney cross promotion and corporate synergy.

At the heart of Disney cross promotion and corporate synergy is ESPN, who loves nothing more than to do things like put LeBron James into a Marvel Comic or televise shows from Disney World and celebrate the Disneyness of it all.  As the new Star Wars/Disney marriage launches, we thought about which Star Wars characters are the best fit for the heroes and villains of Bristol. 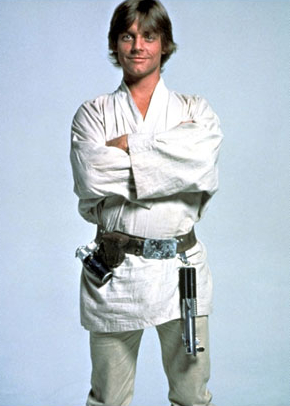 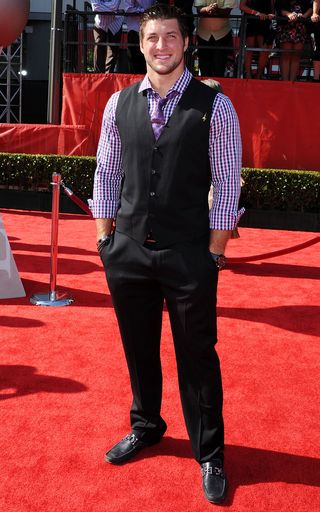 The Star Wars good guy was perhaps the toughest casting call.  Who at ESPN could represent the prototypical, archetype hero?  We spent long hours using all of our combined brain capacity to come up with the answer and only one name came to mind.  Tim Tebow.  Tebow is the ultimate good guy and the ultimate hope in the world of ESPN.  What else besides "The Force" could explain the last year plus of TebowMania? 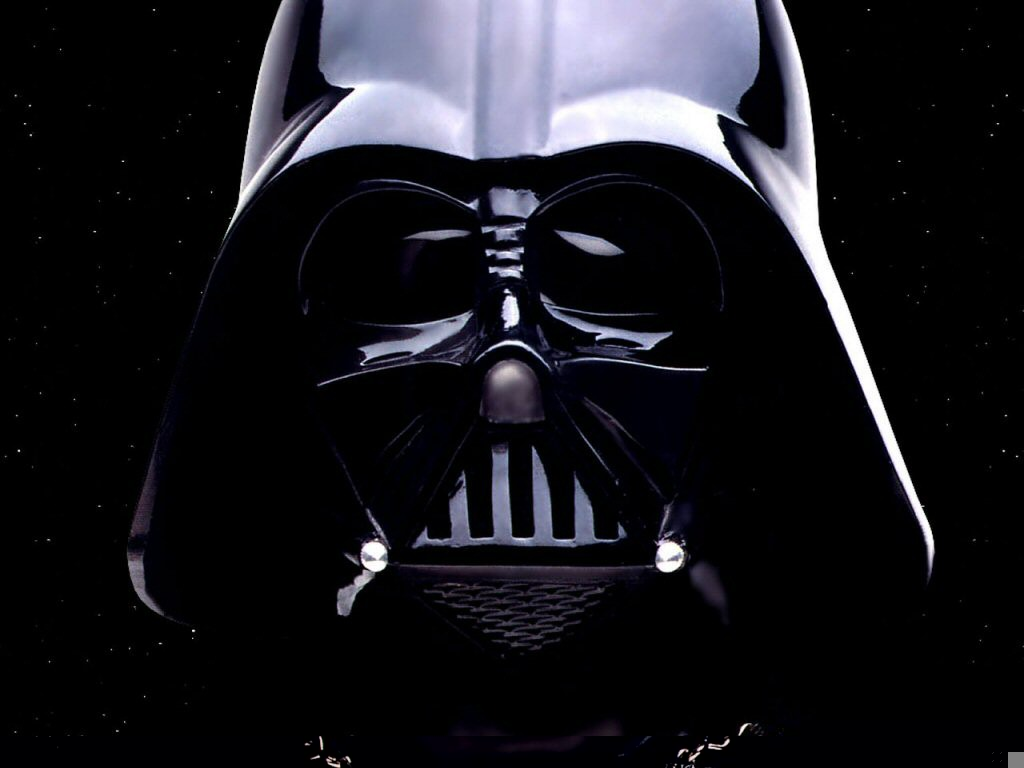 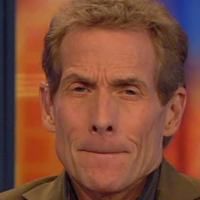 The absolute no-brainer of anybody on this list.  At ESPN, nobody currently epitomizes the dark side of the force like one Skip Bayless.  And while Bayless may not be feuding with Tebow, they certainly are the two central protagonists in this universe.  Besides, the only way Skip's obsession with Tim Tebow makes any rational sense whatsoever is if he is secretly Tebow's father. 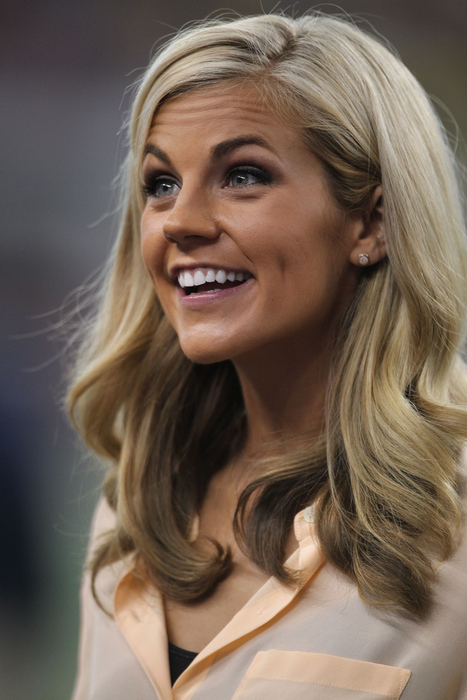 Who's the leading lady at ESPN these days?  Well, with Michelle Beadle and Erin Andrews moving on to other galaxies far, far away it's time for a new woman to step into a starring role.  That person is clearly Samantha Steele, who seems to be everywhere these days, even doing miraculous things like making Nick Saban seem like a real human being.  That's gotta be worthy of some kind of royalty. 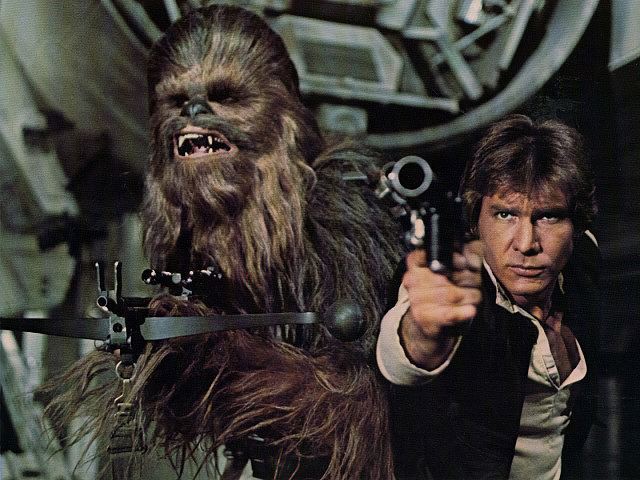 Han Solo and Chewie are such a popular part of Star Wars lore that it was tough to find just the right combination of ESPNers to fill their roles.  But, Scott Van Pelt's popularity, quick wit, and growing presence in Bristol is the best match for Han.  That makes SVP's radio sidekick Ryen Russillo a natural for Chewie.  And, SVP & Russillo seem like a better fit here as a duo than Kornheiser & Wilbon or Le Batard and his dad. 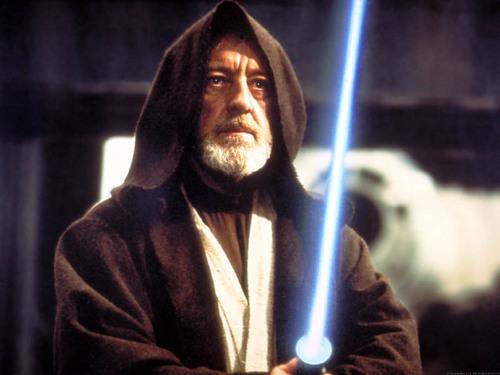 Bob Ley is very intelligent, has been around ESPN forever, and has mentored some of the biggest names the network has to offer. ESPN as a whole is Ley’s padawan as one of the few ESPN originals left on-air, with him as a forefront personality as the network grew into the behemoth it is today. 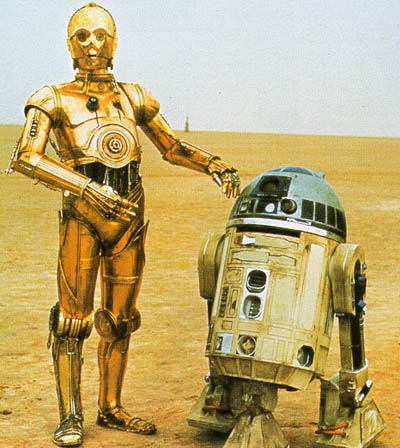 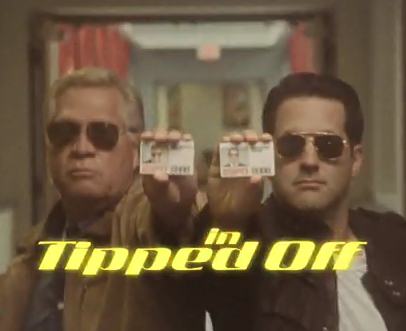 Like the famed droids, Schefter and Mortensen often get their screen time together, and both have proved important to ESPN's NFL coverage. The sheer amount of information Schefter produces is remarkable, and he may well know how to shut down trash compactors on the Bristol detention level, while Mort often finds important sources on bigger issues, and he's also revered as a "golden God" by the Ewoks.  (It's possible!) 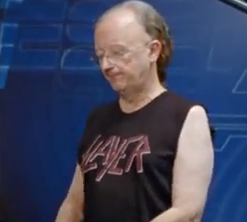 The extremely wise, diminutive Yoda is a quirky character who gives Luke and other characters a plethora of advice. Who knows, maybe he's a Slayer fan too. 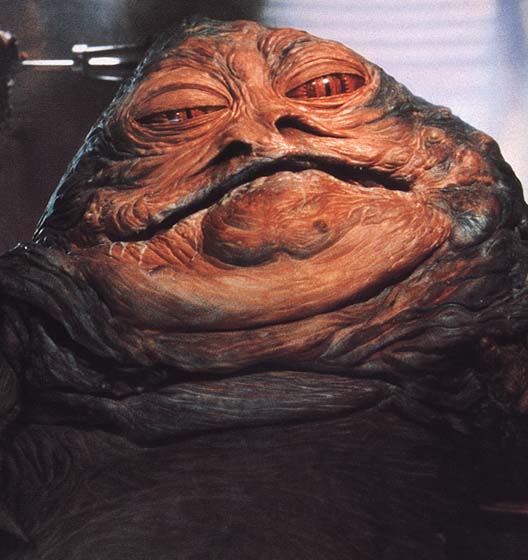 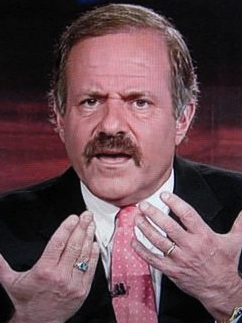 Do you see a resemblance? What stands out more is how they both have an inflated sense of their importance, talk in cliches and bad puns and continually laugh. Also, "You're with me, gold bikini" must have been left on the editing floor in Return of the Jedi.

Darth Maul emerged as a cult hero online once The Phantom Menace was released. MLB analyst Keith Law represents an entire community of respected online figures at ESPN who have dedicated followings. While his appearances on TV are brief, Law is deadly efficient with his statistical and scouting knowledge, just like Maul is with his awesome dual bladed lightsaber. 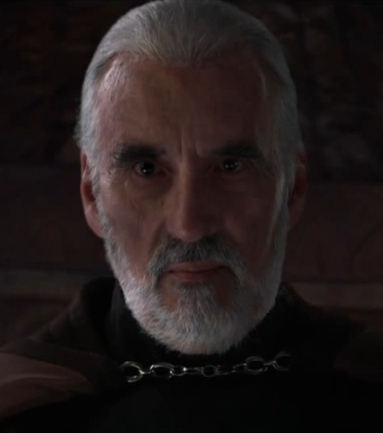 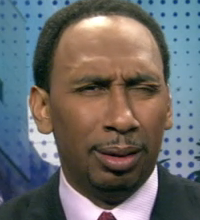 Yes, SAS/Dooku is sometimes a foil for Bayless/Vader (in fact, Vader eventually kills him, which may be a bit extreme for sports debate in the real world), but they're really on the same side in the long run. The dark side. Dooku also has a bit of a passion for bold, grandiose statements, something Stephen A. Smith can definitely relate to. 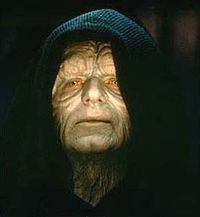 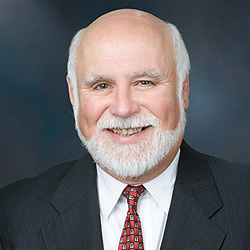 We're not saying Vince Doria is evil… but the WWL senior vice president/director of news certainly has an empire. You can see a lot of Palpatine in Doria's dismissing of the sport of hockey or his role in the Free Bruce saga.  Besides, can't you just see him saying "Now witness the power of this fully armed and operational battle station" to rival networks? 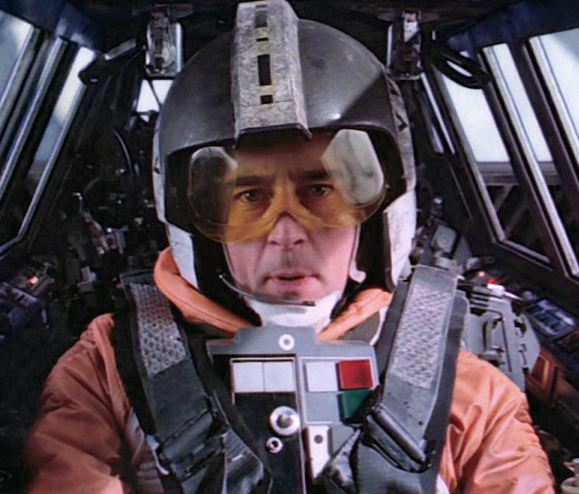 Many non-nerds may be going "Who?" at this point, but Wedge plays a vital, if not smaller role in the original trilogy. He's the only pilot to survive fighter attacks on both Death Stars. Like Wedge, Darke is extremely competent in a smaller role; he's done a great job as ESPN's lead soccer announcer, and there's even a burgeoning movement to get him to call college football games, which would seem analogous to the starring role Wedge finally got in the Expanded Universe X-Wing series of novels. (We lost the rest of you non-nerds with that one!) 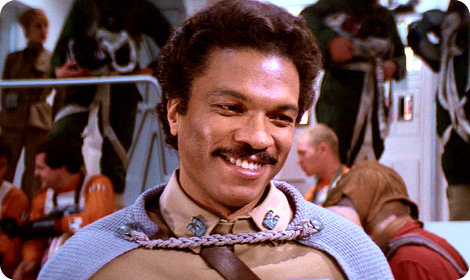 Both Lando and Jaws are popular figures in many quarters, but they both hit some hard luck. Lando wound up having his Cloud City mining operation seized by the Empire while Jaws had his Monday Night Football gig seized before this season so the WWL could feature Jon Gruden more. 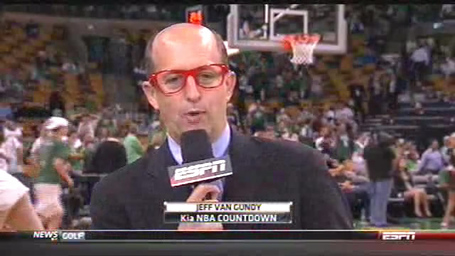 Both are respected sages, and both have an independent streak that sometimes brings them into direct conflict with the powerful. Qui-Gon urged Obi-Wan Kenobi to train Anakin Skywalker despite the opposition of the Jedi Council while JVG has always been outspoken whether it be flopping or his brother's prospective employment. Perhaps JVG should watch out for mysterious figures with double-sided lightsabres? 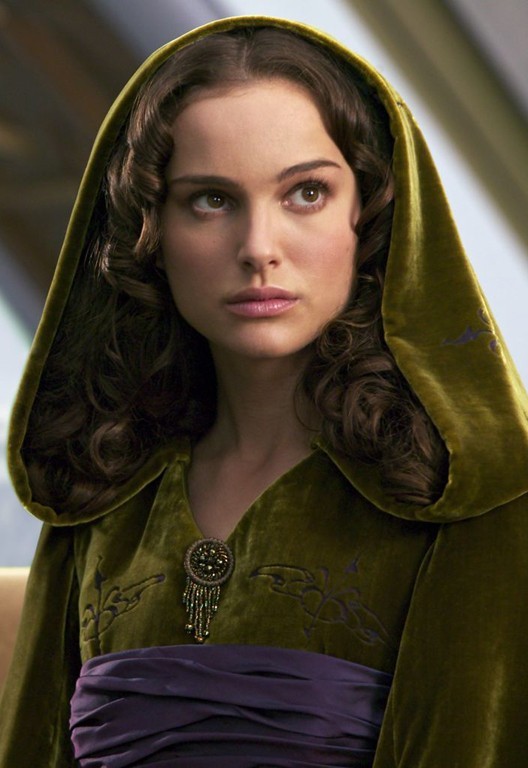 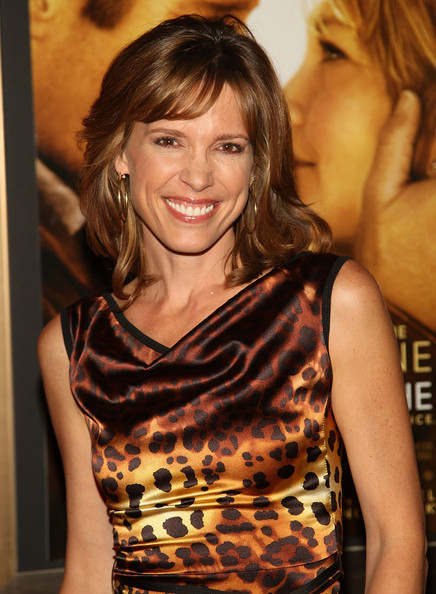 Padme Amidala was an extremely powerful woman who eventually rose to the rank of Senator in the Star Wars universe. Hannah Storm is notable in the ESPN universe as a pioneer in the broadcasting industry and is now one of the premier SportsCenter anchors. Good enough for us! 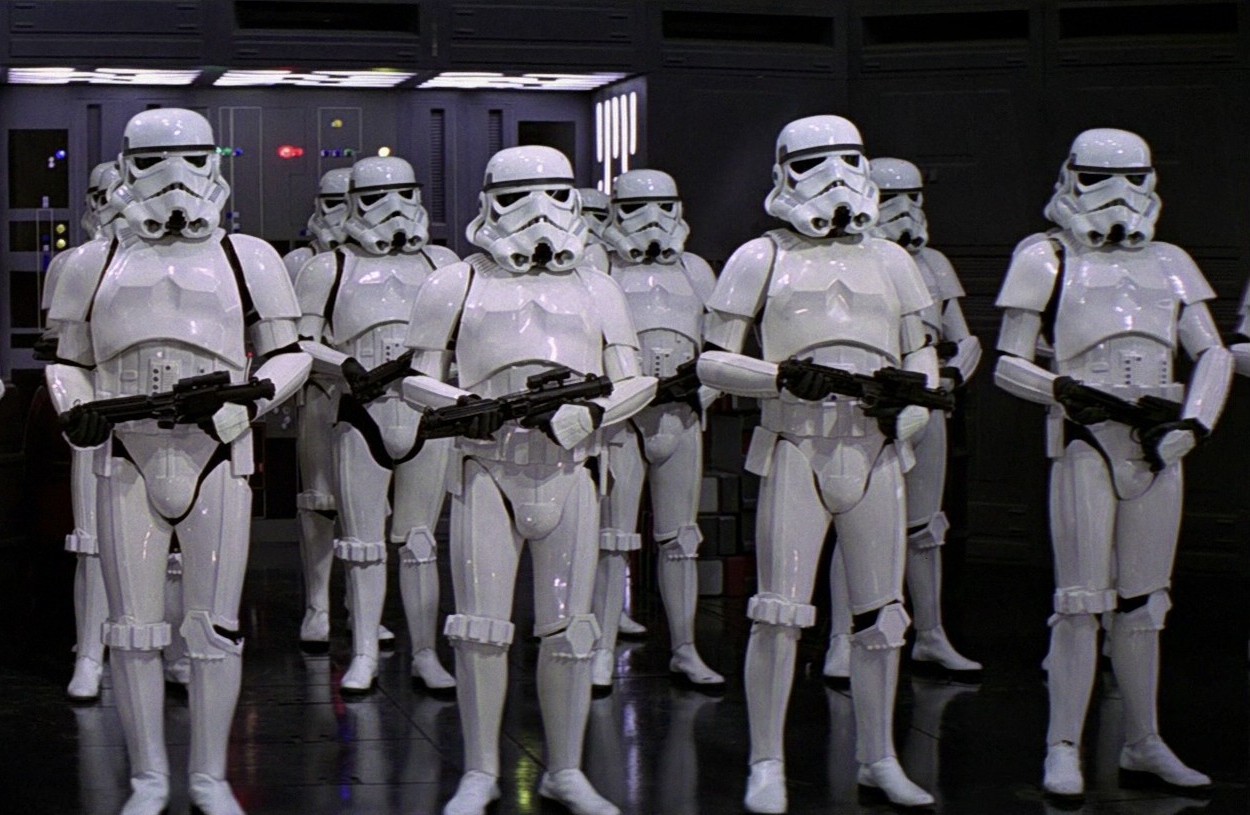 Let’s be honest, there are so many NFL analysts at ESPN that they all start to blend together, just like the Stormtroopers do. ESPN could field an army of NFL analysts, and you couldn’t tell any of them apart for the most part because they don’t do anything to stand out from the crowd. And new analysts just keep appearing like it's a never-ending cycle.  Did you even know guys like Brian Dawkins and Matt Light are working for ESPN as NFL analysts now?  Exactly! 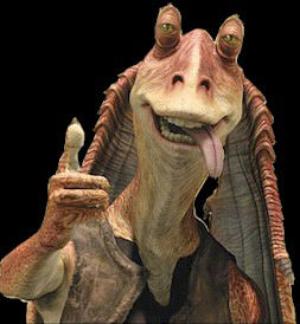 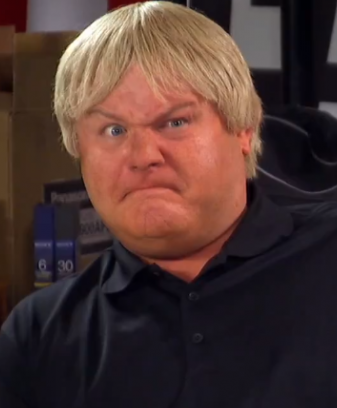 We have to end this list with a bit of levity and two individuals who were intended to provide laughs. When Caliendo was with Fox, he was largely despised by the online community while doing his played out, repetitive impressions. His hiring at ESPN brought similar jeers. Sure enough, Jar Jar is still hated by Star Wars fans after his introduction in The Phantom Menace, despite his appearances getting tuned way down in following movies. But on the bright side, at least Jar Jar had a better run than Frank TV.