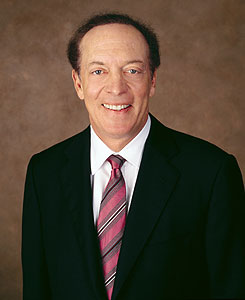 Here we go, it’s the final Straight Outta Stockton vote of 2011… even though we’re officially in 2012.  Realistically, the battle is for second with Brian Billick looking to pass Phil Simms as Dick Stockton takes his victory lap.  Next week, as we did for the Pammies, we’ll have a vote for the Dicky of the Year with all the best NFL announcer quotes from 2011.  Here are your Week 17 nominees…

1) “He was inside the circle of love.” – Dan Dierdorf on a punt fair catch (via ConnorKiesel)

2) “That’s been the problem with the Mets.” – Greg Gumbel (via matt_08) announcing Dolphins/Jets.

3) “No one wants to come to New England to play Greg Williams and his defense” – Joe Buck not knowing where New Orleans is. (via jleimer)

4) “No one works harder, but no one knows less about this game than I do.” – Brian Billick (via ClarkbarTweets).  C’mon, Billick actually said this?

5) “When you give [Michael Turner] gaping holes, he’s going to hurt some people.” – Dick Stockton… Ok then. (via sctvman)

8) “2 episodes of Ryan’s Hope(less).”- Al Michaels on the Giants beating both Ryan Brothers (via sjwest86).  Punny.

13) “People are really going to want Jordy Nelson when he becomes a free agent.” – Brian Billick.  He signed an extension before the year. (via Enrico_Palazzo_)

15) “Oakland lost to the Heat, *pause* and maybe the Dolphins too”- Marv Albert (via JayAyyyy) moving on to NBA season.

16) “Cincy’s the wild card, the Jets are out of the playoffs, and Cincy has their playoff hopes dashed as well.” – Curt Menefee (via A_Goch)

17) “That was a penalty and that doesn’t count, but that was also one of the most brilliant plays I’ve seen in a long time.” – Cris Collinsworth (via CMehring)

Vote For Your Week 17 Dickies Nominees! (vote for up to five)

The winners and final standings for the first ever Dickies Awards will be announced later this week!