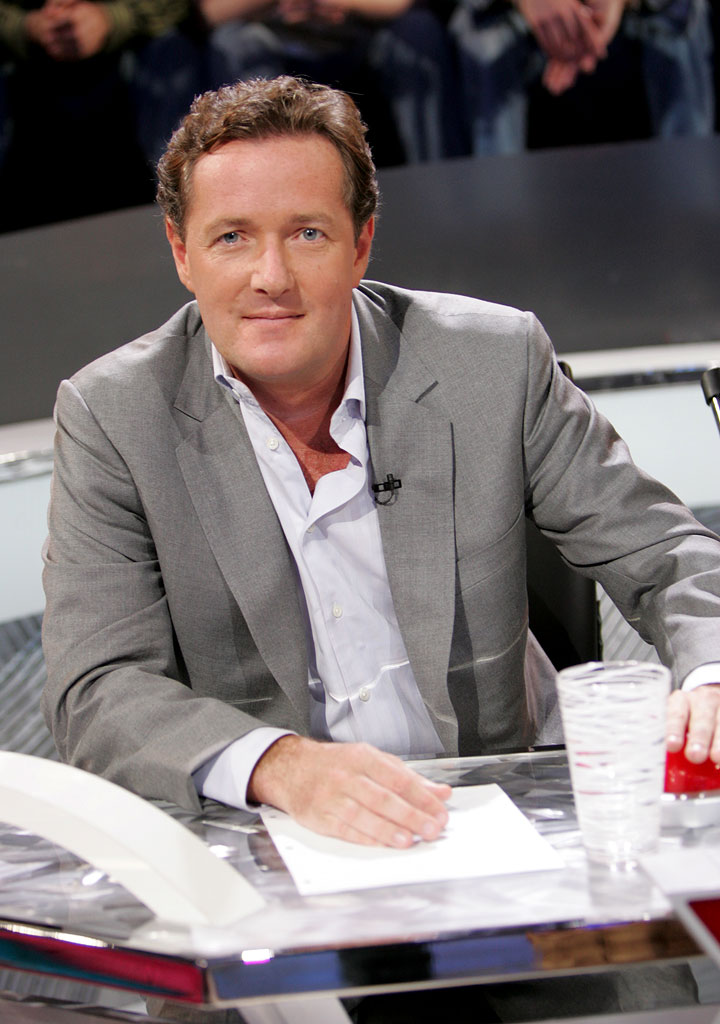 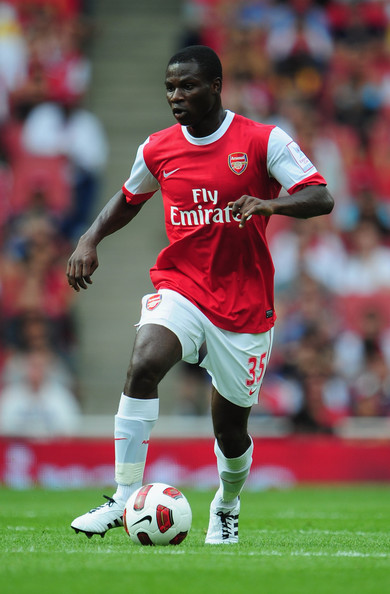 Coming off the heels of the epic battle that was Rovell vs Sandomir, I thought we might see an extended period of peace in the theatre of battle that is Twitter Wars.  Then, Arsenal Football Club had to go and get knocked out of the FA Cup in a 2-0 defeat to Sunderland this weekend.  This cup exit came immediately after a humiliating 4-0 defeat at AC Milan that effectively ended Arsenal’s Champions League hopes.  Needless to say, it was a bit of a rough week in North London.

And, it was another rough week for unabashed Arsenal supporter and vocal critic Piers Morgan.  The CNN host has made an imprint in the sports world moonlighting as a Fox Soccer analyst/pundit/voice of the fan this season.  He has certainly added buzz, intrigue, and a certain cachet to Fox Soccer that was lacking.  Say what you wil about the man, he actually has some knowledge of what he’s talking about and offers strong opinions.  He’s been the biggest critic of Arsenal manager Arsene Wenger all season long and destroyed Wenger again Saturday on Twitter after the FA Cup defeat.

One Arsenal player finally had enough of Piers’ rants criticizing Wenger and the club, 20 year old Ghanian midfielder Emmanuel Frimpong.  Frimpong saw action in the Arsenal first team earlier this season, but was sent to Wolves on loan during the season to gain more playing time and experience, as bigger English clubs often do with young talent.  Unfortunately for Frimpong, he suffered an ACL injury that ended his season and sent him back to Arsenal.  However, he was sure to speak up for his club after seeing one too many negative tweets from Piers.

In one corner stands one of the world’s biggest media heavyweights.  In the other corner stands a ferocious, fearless young midfielder defending the honor of his team and manager.

Arsenal fan vs Arsenal player in the social media squared circle!  Here’s how it went down…

At least these two men, who are on the same side in the end, didn’t resort to physical blows like they were from Newcastle and just stuck to tweets.  That was an intense battle that got a little bit personal, you have to say.  Morgan staunchly defended his right to criticize Arsenal as a fan and season ticket holder.  Frimpong staunchly defended his right to call out Morgan’s constant stream of negativity and defend his manager.  This was a good old fashioned British bare-knuckled brawl that went the distance.  In the end, we’re awarding the victory to…

An upset of titanic proportions for the midfielder, but he didn’t buckle in the face of his more fancied opposition.  Frimpong was consistent in his blows and came right at Morgan referring to his “ugly face” and saying the team didn’t want his support.  Is there a more devastating thing you could say to a fan?  If Drew Brees told me he didn’t want my support as a Saints fan, I would consider retreating to the Alaskan wilderness to find a new identity.  Frimpong also scored with highly effective use of one of my favorite words in the English language, “rubbish.”  Piers was just a little too flippant and defensive in this Twitter fight.  While Morgan’s offense was cutting, with “you couldn’t even get in THIS Arsenal team” standing as his best shot, his playing of the victim card late in the fight was the costly error.

Piers Morgan has been crushing Arsene Wenger and Arsenal non-stop for months.  He’s openly called for the manager to get the sack.  (Given the fact that Arsenal last won a trophy in 2005, his point shouldn’t be ignored.)  But yet, Piers wants to cry “abuse” at the hands of one of the Arsenal players when they finally stand up to him?  Weak sauce.  In fact, Frimpong standing up for his manager and citing Arsenal fans that will stick with the team through this rough period will likely win him tons of support with the fanbase.  (That, and his hilarious Twitter bio claiming to be the worst player in the EPL.)

Any fan has the right to be critical of their team, but Morgan’s bashing of Wenger has crossed over into something more destructive.  In the words of Frimpong, it ain’t class.

Agree or disagree?  Have your say in this round of Twitter Wars by voting in the poll below.  If only the Arsenal team showed this much fight on the pitch, they wouldn’t have to worry about young midfielders having public spats with high profile fans…