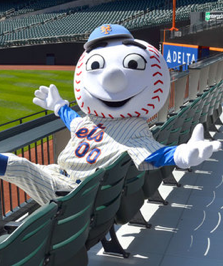 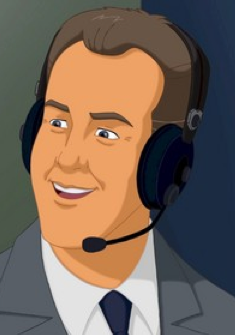 It’s been a while since we’ve covered a good ol’ fashioned Twitter War.  Thankfully, YES Network broadcaster and ESPN New York radio host Michael Kay dropped the gloves in a massive Twitter fight earlier this week.  But it wasn’t just anyone Kay squared off with in this Twitter War… wait, actually it was just anyone.  For whatever reason, Michael Kay decided to engage in an extended back and forth with a guy named Joey Hendler.  Judging from the tweets below, Joey is a senior in college whose Twitter profile picture is Mr. Met.

We usually cover Twitter Wars that take place between media members, but seeing Michael Kay engage in a protracted battle with a largely anonymous Twitter user is all kinds of crazy… and hilarious.  In one corner stands a broadcaster for the most famous team in America and one of the biggest sports media personalities in New York.  In the other corner stands your everyday college student.  Yet, on the battlefield of the Twitterverse, they stand as equals.  I’m fully convinced this is why Twitter was invented.

All credit to Bob’s Blitz for unearthing the following exchange, in which the television voice of the New York Yankees claims to use a quarter of his brain in getting involved in a public Twitter fight with a college student.  Was it enough to get the victory?  Get your popcorn ready and let’s find out…

Amazing.  This Twitter War started innocuously enough, with Joey getting a smart little dig in at Kay’s ratings compared to the king of New York sports talk radio, Mike Francesa.  Here’s the thing though, Michael Kay is a well-known broadcaster and radio host with 47,000 followers.  Surely, he gets tweets that diss him all the time.  Criticism and jabs like this are part of being in the public eye.  I can understand the first reply because there is part of any person who reads negative replies and wants to respond in some way.  The second response is where it’s probably a better decision to step away if you’re in Michael Kay’s shoes and ensure you can walk away as “the bigger man.”  By the thirteenth reply, things have spiraled COMPLETELY OUT OF CONTROL.

As for the merits of the battle itself?  Both pugilists landed heavy blows.  Make no mistake, this wasn’t George Will and Thomas Friedman exchanging carefully crafted words of prose, this was a pure slugfest.  Both fighters had their distinctive strategies.  Kay went for the “I’m only using a quarter of my brain and am unquestionably intellecutally superior” route while Joey Hendler wisely went the way of “I can’t believe Michael Kay is engaging in a Twitter fight with a random college student.”

In the end, it’s a close decision, but in an upset along the lines of David beats Goliath or Villanova over Georgetown, I’m awarding this fight to… Joey Hendler.

Both men had their moments and points taken off.  The shot at Kay’s “ugly wife” is a definite low blow while Kay missed a couple opportunities for the classic *you’re tweet which could have been a walkoff.  However, it was Kay that made the most glaring slipup of the fight.  You can’t say “this fight has been stopped. #mercy” and then carry on the fight for several more tweets!  That violates the golden rule of Twitter Wars – never call the fight for yourself.  It’s a desperation bluff that is supposed to show strength, but really portrays weakness.  Given Kay’s fame, it doubles down as a heavy handed move that backfired when he was the one who couldn’t stop.

Kay’s condescension levels were off the chart, landing shots with “little Joey” and calling him a “self loathing, jealous little man.”  But, Joey Hendler battled back with one of his best shots of the fight being “Gary Cohen is 10x the broadcaster you are.”  Ouch.  He ultimately won the fight though because his fight plan was better than Kay’s.  Joey Hendler was able to go toe to toe with Michael Kay while also making light of the absurdity of the voice of the New York Yankees arguing with a college student.