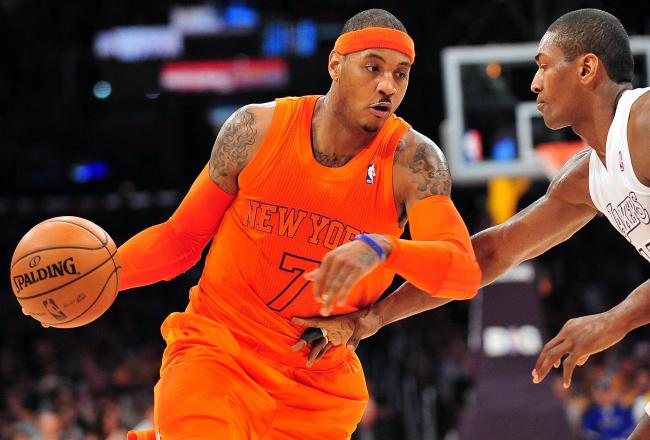 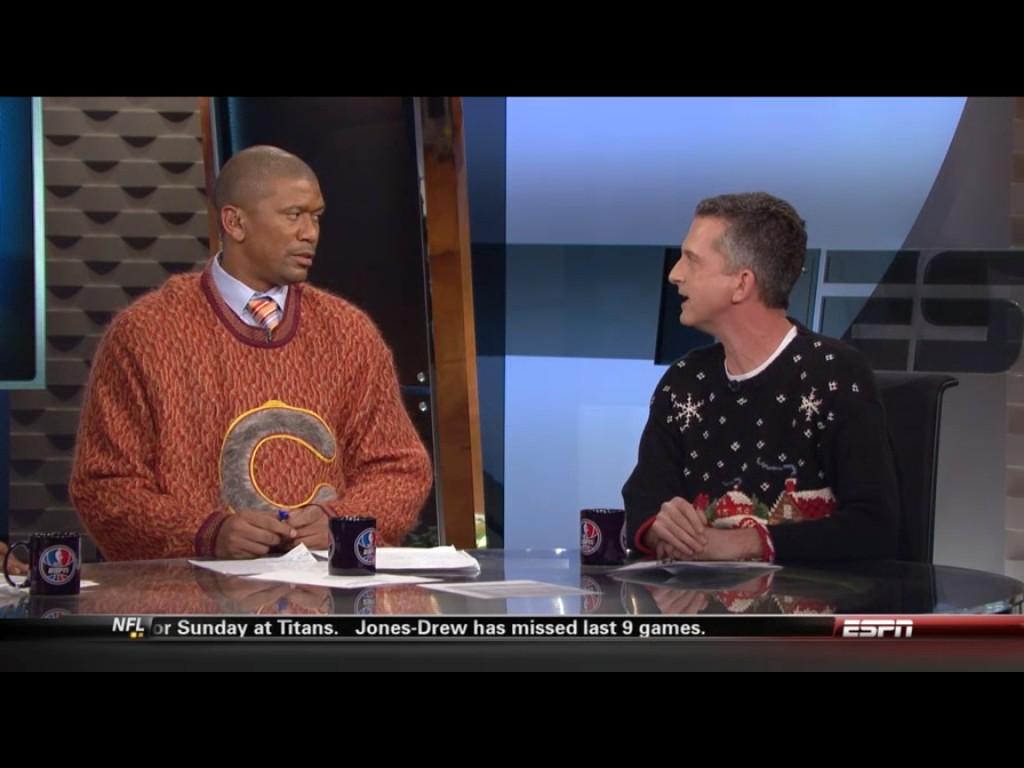 Christmas Day is the NBA's day on the sporting calendar and the league rejoiced the only way they know how – ugly Christmas sweaters!  While nobody reached the fright of Daryl Johnston from this past Sunday, there were several individuals paying tribute to this storied Christmas tradition.  Jalen Rose and Bill Simmons did their part for the ESPN studio during one of the late night games.  I'm guessing the giant "C" stands for Christmas although it could also be paying homage to Rose's former teammate Chris Webber.

Matt Barnes of the Clippers went all out for his ugly Christmas sweater.  Barnes should win the prize for ugliest of all sweaters because anyone who's wiling to go the extra mile and add attachments to their clothing deserves our applause.  That takes dedication and commitment to the ugly sweater cause. 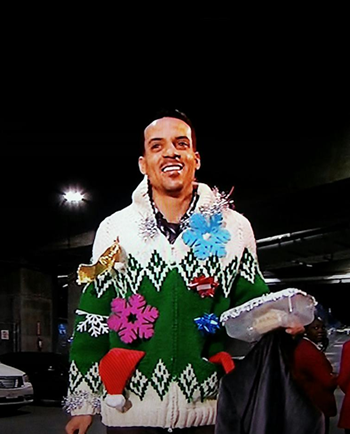 Blake Griffin tweeted out this picture of his postgame press conference with Chris Paul after the Clippers defeated the Nuggets in the X-Mas Day late game.  At least it's better than that disturbing hipster trend that took the NBA by storm. 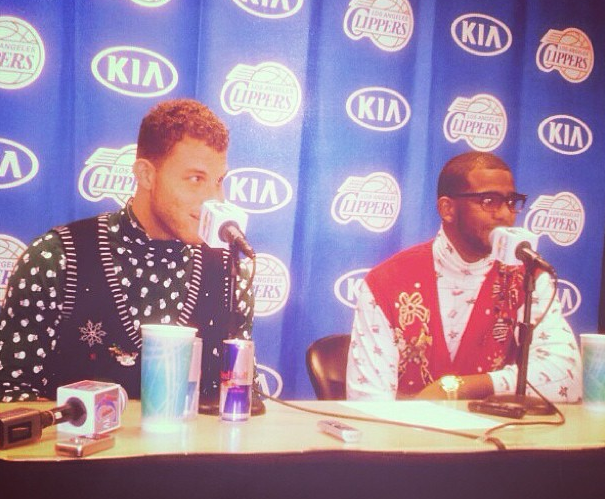 But the ugliest of all on Christmas Day were the NBA's hideous, monochromatic "Big" uniforms.  While an interesting theory in practice, it was awful on television with the teams looking like they were playing in opposite colored tank tops.  Perhaps none was more frightening than the electric orange Knicks, who should have carried a disclaimer for anyone with light sensitivity.  Sadly, I don't think the NBA was trying for the ironically ugly look this year, though.