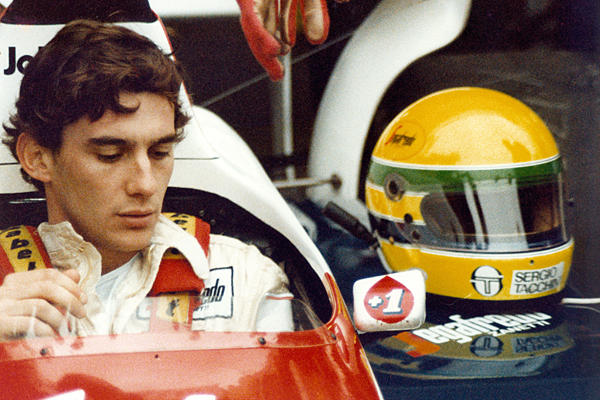 The highly acclaimed documentary Senna will air on ESPN2 on July 29th as part of a new batch of documentaries that will be announced soon.  Ayrton Senna was a three-time Formula One World Champion, tragically killed during the 1994 San Marino Grand Prix.  The documentary has been widely praised and it’s certainly good news for those of you who share our apprehensiveness on the quiet year the excellent ESPN Films has had thus far.  Here’s the trailer below:

We’ve been a bit anxious to hear more as momentum surrounding ESPN’s foray into the documentary space has tapered off following the success of 30 for 30. After the initial run of 30 films that spanned the final months of 2009 and all of 2010 (a pace of almost one new film every two weeks), 2011 saw a more methodical schedule of 11 films debuting. More than a third into 2012, ESPN has rolled out three films with The Announcement leading the way and two documentaries (The Dewey Bozella Story and Goose) receiving less attention and promotion and thus flying somewhat under the radar for many.

Today we were relieved to learn the series will continue as ESPN Films will debut “Lolo” later this month on ESPNU about track star Lolo Jones. An inquiry to ESPN also confirmed that 2011 Sundance winner Senna will air on ESPN2 on July 29th at 10 PM. We’re also told that soon ESPN Films will announce a new batch of documentaries in conjunction with the promotional Upfronts that take place next week. It will be key that the series continues to find strong sponsor support as sponsors and ratings likely control the trajectory and fate of ESPN Films, despite the critical acclaim the series has garnered.

We spelled out some of the longer term issues affecting ESPN Films as the franchise is still known by most as “30 for 30.” While not a major problem, many people wrote to us about how their former DVR season pass for the defunct “30 for 30” was a big time hindrance preventing them from recording and watching the new films. With some of the newer releases not getting the same promotion and lead in programming, I’d imagine there are a lot of people like myself that saw some of the new films fall through the cracks.

With that in mind, I’d like to get Senna on your radars now. I watched the film this past weekend and would go as far as saying it will likely be in my top 5 films I watch in 2012 and perhaps the best racing movie of all time. A brief review is after the jump.

Without giving too much away, Senna rocked. As a guy in his late 20’s, a lot of my favorite ESPN Films are things I didn’t really have good knowledge about. Pony Excess, Small Potatoes, The Best That Never Was, and Once Brothers all provided deep dives into compelling stories that I only vaguely knew about.

Ayton Senna represented a totally new story to me as I literally knew nothing about his career and death. His personality, significance to his country, and the peaks and valleys of his career served as one of the better and potentially best stories ever told in the ESPN Films series.

With nearly $12 million at the box office and a slew of film festival awards, the film certainly has resonated positively with many. What really stands out in Senna opposed to sports documentaries is that the footage is dripping with much more intensity than you see in the documentary genre. Steve Rose From The Guardian highlighted that sentiment:

“With so much recorded footage of Formula One available, it has been possible to fashion Senna’s story as a live action drama rather than a posthumous documentary. We’re not so much hearing what happened in the past as seeing it happen before our eyes.”

Many times over, I found myself saying “Jesus why and for what was this being filmed for?” as a lot of the action in the final half of the movie is behind the scenes stuff usually only seen in a 24/7 or Hard Knocks series.

Even if Senna didn’t have the wealth of compelling behind the scenes footage, the narrative being told had enough juice to wow an audience. A potent combination of personality, tragedy, drama, and access vaults Senna into very elite company in the sports documentary genre. I’m glad ESPN, who produced the film, is proactively getting it on the air after a successful box office and rental run.

We’ll definitely give you a friendly reminder closer to the air date, but the film is certainly something to look forward to if you’re a fan of the genre. If you can’t wait to watch or know you’ll forget, you can try Netflix or Vudu in the meantime.