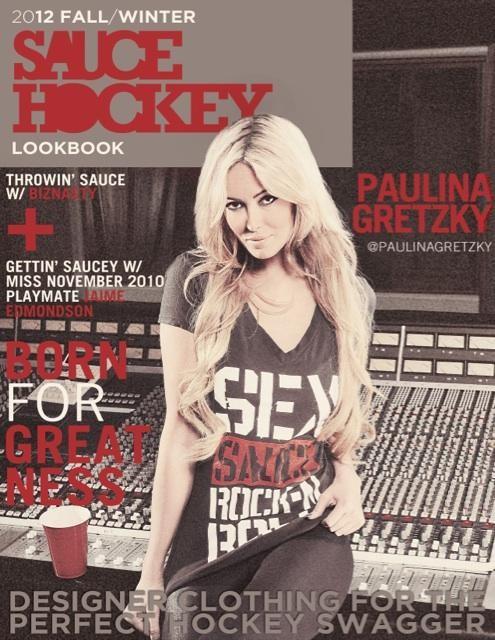 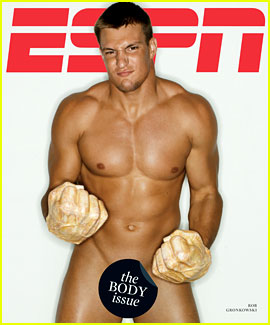 One of the more curious aspects of sports media is how much emphasis is placed on the appearances of media members, athletes and fans. ESPN's Dana O'Neil explored the media side of this (and particularly how it applies to female sports journalists) in a piece published at Penn State's John Curley Center for Sports Journalism Tuesday, but the latter two are omnipresent elements of our sports media scene as well. The upcoming Olympics and ESPN The Mag's annual Body Issue both illustrate that. On the surface, if we think of sports as a completely isolated environment, appearance really shouldn't be a factor; after all, isn't it all about if you can get the story, hit the jump shot or support your team, not how great you look doing it? It's clear that sports hasn't been isolated from our desires for eye candy, though, so the key question is if the current balance is the right one, or if it should be shifted. At the moment, it looks like the sports world is a bookstore where the attractive covers are prominently displayed, while some excellent novels with less-remarkable cover art are languishing on the dusty back shelves.

On the journalism front, O'Neil makes some fascinating points in her piece. What's particularly notable is how she isn't really complaining about the high profiles of women known for their looks, including Erin Andrews and Charissa Thompson. Instead, O'Neil is arguing that those women deserve to be recognized for their reporting talents as well, and that's a laudable point. It can be easy for male sports fans to assume that Andrews, Thompson and the rest only got their jobs because of their appearance, but that isn't the whole truth; after all, there are plenty of models out there who don't work as sideline reporters. Thompson isn't just the "next Michelle Beadle" but someone that climbed through the ranks from FSN to BTN and now ESPN. Andrews in particular has shown a dedication to her craft and an ability to communicate information to viewers, and it's worth pointing out that her versatile broadcasting talents played a huge role in the deal she just received from FOX Sports. As O'Neil writes, "I know plenty of attractive women who are damn good at what they do. They do their homework. They know their sport. They care. They work hard. They also happen to look nice on camera. They shouldn’t have to apologize for that."

What about the athlete front? Well, the impact of appearance here is a more subtle one, but it still certainly matters, and it's notable in the coverage leading up to the Olympics. Sure, U.S. soccer star Abby Wambach was chosen for this year's Body Issue, but it's worth mentioning that Wambach (the world's active career scoring leader with 138 international goals) doesn't usually receive the attention of teammate Alex Morgan, who may be a rising (if much less accomplished to date) star but is perhaps more widely known for her more-conventional beauty, her visits to Entourage premieres, her Twitter marriage proposals and her decision to pose in body paint for Sports Illustrated's Swimsuit Issue. Morgan's a good player, but she typically gets far more coverage than many other players who often see more minutes.

It's not just about the soccer team, either; consider how much coverage Morgan gets compared to other Olympic athletes like superheavyweight weightlifter Holley Mangold, who has a terrific story (she's the sister of New York Jets' centre Nick and a tremendous athlete in her own right) but isn't considered to be as traditionally attractive.

Some will undoubtedly say this works both ways, and to an extent, they're right. Most of the male broadcasters ESPN and other networks trot out are typically considered at least somewhat conventionally attractive (although there are exceptions; hello, Chris Berman!), and networks have frequently opted to go with looks over intelligent analysis (hello, Craig James!). There isn't nearly as much internet bandwidth devoted to analyzing the lives and appearances of male sportscasters, though, and most of the discussion around men in sports media of any variety isn't centrered on their appearance. Similarly, although appearance can be a massive benefit (hello, David Beckham!) or even a partial hindrance (hello, Ronaldinho!) to male athletes, it usually doesn't have anywhere near the same magnitude. Moreover, in most cases, analysis of how male athletes look is far more of a sidebar, while it's often the main story with female athletes. Caitlin Kelly made some excellent points on that front in this June post for Glamour:

"In theory, I think it should be fine to celebrate the physical beauty of athletes, both male and female, who have honed theirbodies into killer performance machines. So why does the existence of something like "The 50 Sexiest Women in Sports" still irk me? Maybe if women's sports were covered anywhere near the seriousness and frequency of men's, it would feel less like a lost opportunity."

That's precisely it; while physical attractiveness is viewed as ancillary for most male journalists and athletes, it's placed front-and-centre for many female journalists and competitors. That applies to the fan front as well; sure, some female sports fans enjoy talking about how attractive they find certain male athletes, but many view that as the component part of their fandom and the extent of their sports knowledge. Their own attractiveness can also enter into it as well; an image as a sports fan (and an appearance in SI's Swimsuit Issue) has led to Kate Upton taking over the sports internet. Jenn Sterger parlayed an on-camera appearance as a fan in the crowd into a media career. There's no argument that conventional attractiveness can also matter for male broadcasters, athletes and fans, but it's often shoved to the side. For all the jokes made about Anthony Davis' unibrow, he still was drafted first overall.

From this corner, the ideal solution would be to remove perceived attractiveness from the equation and simply focus on the sports. However, that's clearly not happening any time soon. Sports is a business, and employing attractive sideline reporters, writing about Alex Morgan's body paint and posting Kate Upton bikini pics all tend to be profitable ventures. "Paulina Gretzky Instagram Pic" is one of the most popular article topics of 2012 in the blogosphere because it guarantees pageviews.

Instead, a more attainable solution would be to treat female media members, athletes and fans more like male ones – mention attractiveness if you must, but keep in mind there's more to the story. Instead of writing only about how hot Andrews is, why not recognize (or debate, even) her broadcasting talent? Sure, admire Morgan's body, but keep in mind that she's an incredible athlete and a member of a very skilled team (even if all of its players don't receive as much media coverage). Perhaps even consider that a female fan saying or tweeting that she finds a certain player attractive doesn't necessarily mean that all she knows or cares about is looks.

This isn't a perfect solution, sure, and it won't eliminate appearance-based judgement, but that's a societal issue as well as a sports one. Even just occasionally looking beyond books' covers would benefit us all.