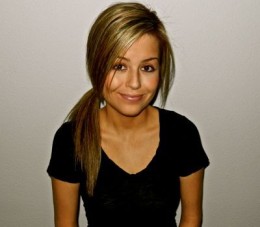 When Deadspin broke a story about ESPN contributor Sarah Phillips allegedly being involved in Internet scams and perhaps even using a false identity, it sent shockwaves through much of the sports media world, and Phillips lost her job soon after. Further investigation suggests there’s a lot more going on here, including Phillips’ apparent connections to a series of fake celebrity Twitter accounts, her connection to the shadowy man by the name of Nilesh Prasad, her alleged attempts to purchase others’ Twitter accounts and buy followers and the grandiose promises she reportedly made to sell others on working for a sports humour site. It’s obviously going to take some time before the full details of Phillips’ story come out, but one thing already seems clear; ESPN and other sports media outlets are likely to be more careful with their hiring procedures going forward, and some will undoubtedly argue that all of their hirings should be made face-to-face. Is that entirely necessary, though?

After the first Deadspin story initially came out, an element that seemed to suprise many people was that no one from Bristol had ever met Phillips in person. For some of us, though, that’s not all that unusual of a situation. Technology’s at a spot where very little business has to be handled on a face-to-face basis, and that leads to an environment where large numbers of us work from home and don’t typically interact face-to-face with colleagues or others in the industry. That doesn’t mean such interactions aren’t a useful thing (and indeed, they’re a major selling point of conferences such as Blogs With Balls), just that they aren’t necessarily required for a media business. With the vast majority of people, that’s not a problem, but some would say it may have provided a way for Phillips to sneak in.

The thing is, though, tricksters and con artists can show up in any forum. Consider Frank Abegnale Jr., the man Catch Me If You Can was based on; he took particular advantage of face-to-face interactions, posing as a pilot, a doctor and a lawyer amongst other professions. On the writing side, there are such people as Jayson Blair and Stephen Glass who created stories out of whole cloth; face-to-face interaction with their employers didn’t keep them on the straight and narrow. The moral of the story is that regardless of the profession, the approach, or what’s at stake, you’re likely to find scammers of one variety or another anywhere, and we’ve even seen some similar Internet scams out there with people adopting popular personas then begging for help. The Phillips story is just remarkable because she took an unusual tack, and because she wound up working for the Worldwide Leader.

It wouldn’t be surprising to see ESPN react dramatically to this. They already ditched Phillips exceptionally quickly, only a few hours after the Deadspin piece broke, and there’s a sense that the man who hired her (Lynn Hoppes, famed for some other shenanigans) may be in some trouble himself. However, while Hoppes made an apparently awful decision in hiring Phillips, the process he used wasn’t necessarily all that bad. Deadspin’s story suggests they talked over e-mail and the phone, which isn’t unusual; I’ve been hired at some notable places long before meeting the bosses face-to-face, and at some others strictly over e-mail. Some organizations, including the Worldwide Leader, may well decide to change their hiring policies over something like this and insist on face-to-face interviews, but it’s unclear if that would really fix this; Phillips found a way to convince Hoppes over the web and the phone, so (presuming she actually is the age she claims, or something not far from it) what’s to say she wouldn’t have been able to do so in person either?

The key takeaway from Phillips’ story is that what’s important for media organizations isn’t necessarily the specifics of how you meet or hire people, but rather how good of a judge of character your people in charge of hiring are. That’s not easy, of course; reading people can be difficult, especially if they happen to be skilled con artists. It’s worth noting, though, that even many readers of her old Covers column figured something was up. ESPN and other sports media organizations should be held to a higher standard in hiring if they’re to serve their readers instead of bringing in people like Phillips, but don’t blame the medium. If Sarah Phillips is in fact a con artist who duped ESPN, readers and others, she didn’t get there because of hirings taking place over the phone and the Internet, and she didn’t keep her job for months just because of the decentralization of media. She got there because someone made a crucial judgement error, and perhaps failed to do their research. It’s much more crucial to reinforce the importance of good judgement and background research than it is to start laying down rules that all hiring decisions should be made in person.