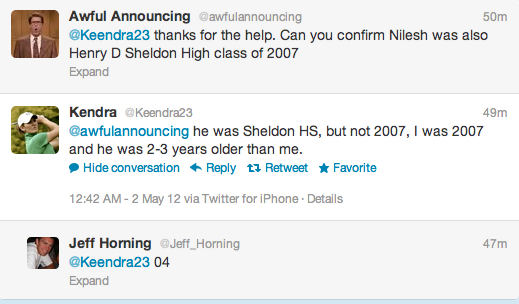 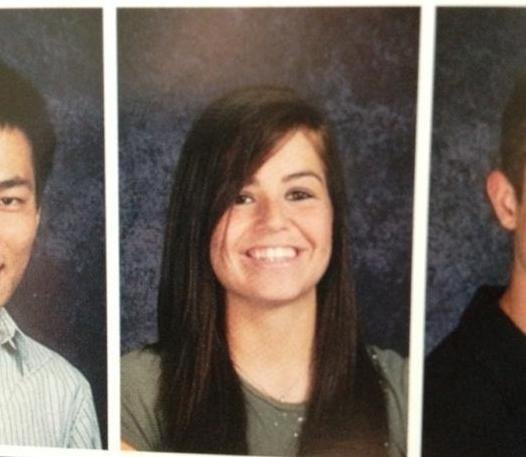 Picture of Phillips in high school obtained by The Sports Brewery

Update at the bottom with some ambiguity on if Prasad actually graduated from Sheldon.

At this point the Sarah Phillips story needs some type of easy to remember name, preferably with a “gate” appended to the end of it. An already mysterious figure on the web, Deadspin ran a great investigative piece revealing that Phillips was involved in some capacity in a sketchy scheme to piggyback off rising popular social accounts in hopes of launching a lucrative sports comedy website.

Unfortunately there is a bevy of evidence that most people approached to be involved with this venture were swindled or misled into being involved. Attempts to seek out Phillips or her apparent partner, Nilesh Prasad, by some pioneering Corvallis locals were unsuccessful. Our investigation turned up more examples of people being duped into handing over the keys to popular social accounts into the hands of the Prasad Phillips alliance.

While more people are coming out with their own personal stories about their interactions with the shadowy personalities and venture, we’ve tracked down some details about the pair. Thanks to The Sports Brewery, we now know Phillips was a 2007 graduate from Eugene’s Sheldon High School which would explain why she claimed to be a huge Ducks fan. From The Sports Brewery article we also know she was an athlete who played soccer and basketball at a school that seems to be somewhat of an athletic powerhouse in Oregon with a pretty built out state championship section on their Wikipedia page. This adds more credibility to the theory that indeed she is a knowledgeable sports fan capable of writing columns and not just “the face” of the scheme. Phillips also is listed as “famous alumni” although it links to the wrong Sarah Phillips. Given she graduated in 2007 (something we verified), this would put her age at 22-24 years old.

Our attention now turns to Prasad, who internet slueths like ourselves couldn’t find much on. What we did turn up via twitter and confirmed by others is that Prasad indeed attended the same high school as Phillips although is a bit older having graduated in 2004. This would mean he’s around 26 years old.

When we pressed for more details about Nilesh below is what was relayed to us from a former high school classmate.

@DattMavis89 You’re telling me, both have been at my house several times, didn’t know they knew each other.. Nilesh was always a shady kid.

@awfulannouncing dodgy kid. Played cards with my brother and his friends at our house in HS.. Sarah was a cool girl, always liked her.

Most people have already drawn the conclusion that Prasad was more likely the mastermind of this scheme. This seems to put more momentum on that theory.

What we’re still trying to figure out is what does Prasad do now given he shouldn’t still be an undergrad? Where if anywhere did he attend college? Were the two chummy in high school? Obviously an interesting story we’ll continue to track.

Update: A link here shows Prasad may have graduated from North Eugene High School. Different Prasad? Maybe he transferred? Let us know if you have any info here.