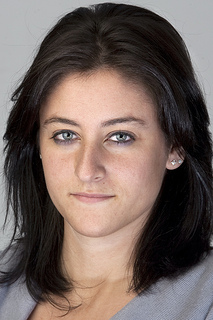 What did you accomplish in your life when you were 24?  Maybe some of us in our mid-twenties are lucky to get a stable job or adjust to life in the real world after leaving the blur that is college.  (Me, I’m 26 and I get to do such substantial work as investigate sarcastic announcers and dissect botched handshakes.)  Well, Sara Ganim of the Patriot-News has accomplished at 24 what only a few writers and reporters have ever done – win a Pulitzer.  Ganim was announced as the winner of the Pulitzer Prize for local reporting yesterday thanks to her work from the front on the Jerry Sandusky investigtaion at Penn State.  As told by the Patriot-News…

It’s the first Pulitzer Prize for the news organization, which was founded in 1854.

In March 2011, Ganim broke the news that Sandusky, a former Penn State assistant football coach, was under investigation for alleged child sexual abuse.

“This is definitely a win for the whole newsroom, for everyone standing here,” said Ganim, surrounded by Patriot-News staff shortly after the awards were announced.

“But more importantly it’s a win for everyone in every newsroom just like ours all across the country because, better than any award, the most rewarding thing in this whole process has been people telling me that this story and our coverage has changed their mind about local reporting.”

Nobody is more deserving of the honor than Ganim, who ran circles around national media with infinitely more resources in the Sandusky story.  She has owned the biggest sports and crime story of 2011 since the beginning.  And, as Ganim says, the honor is more about her own reporting work.  It stands as a testament to the power that still rests with local media and local investigative work.  Hopefully Ganim’s honor and success in the Sandusky story inspires more reporters around the country at all levels of media to put forth the same effort and award winning work.