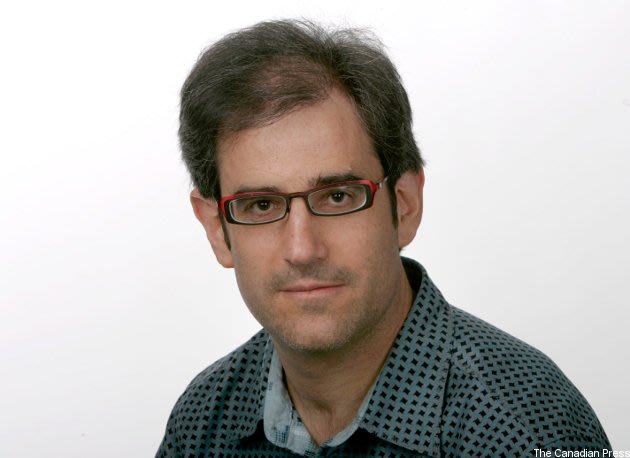 For many sports media types, it’s taken as a fact that there’s consumer demand for in-depth coverage of Olympic sports during the Games (which is growing to new heights), but not beyond. Veteran Toronto Star Olympic/amateur sport reporter Randy Starkman made a tremendous career out of defying that assumption though, and the incredible tributes from journalists, athletes and fans that popped up in the wake of his death at 51 this week following a battle with pneumonia suggest that plenty of people were following Starkman’s work closely even when there were no Olympics immediately in sight. The key to understanding why that’s the case comes from examining Starkman’s approach, and it’s one that could carry tremendous benefits for media outlets everywhere across print, the Internet, radio and television.

Perhaps the most critical part to understanding why Starkman’s stories found wide appeal, even when they touched on obscure sports a long ways from the bright lights of the Olympics, is that they often weren’t about the minutiae of the particular athletic competitions involved. In fact, as Canadian journalism website J-Source editor-in-chief Janice Neil wrote, Starkman’s most impressive stories were often much more focused on the people involved than the events they were competing in:

We know that some veterans of the beat allowed their stories to become too niche, too consumed with the minutiae that few outside the rarified world care about. But after almost three decades on the beat, Randy continued to produce sports stories that splashed the front page. Some were scoops about doping, governance scandals or glory on the podium, but many others because were simply compelling stories about athletes’ dreams and ambitions, or dashed hopes or devastating injuries – in other words, real life stories to which we could all relate. As fencer Schalm recalls, when she asked Randy where he would get the angles for his stories, he told her, “I want to write the story that everyone from my daughter to her grandmother would be interested to sit down and read.”

From this corner, that’s exactly what needs to be done to sell Olympic sports coverage away from the Games themselves. After all, even at the Games, much of the most interesting material still comes from the people involved. Away from the Games, that takes on an even more critical role. Sure, not many people will bother to tune in to watch two full hours of swimming or synchronized diving or shot put, but there are some fantastic stories out there about the athletes in those sports, and those have potential mass appeal that the sports themselves may not. Joe Posnanski’s outstanding coverage of Rulon Gardner over the years provides an excellent example; I can’t say I’ve ever watched much Greco-Roman wrestling, Olympic or otherwise, but Gardner’s story is about so much more than just the incredible sporting accomplishment that put him on the world stage.

This story-driven focus isn’t easy to pull off, of course, and that’s where the other lesson of Starkman’s career comes in. In tributes from Star colleagues like Rosie DiManno, Doug Smith and Dave Perkins, one of the recurring themes is the amount of time and hard work Starkman put into his beat and the encyclopediac knowledge of Olympic and amateur sports he gained as a result. That continual dedication and consistent presence even when the rest of the media had moved on to more prominent events allowed him to connect deeply with many athletes, and that was clear in tributes from athletes like Canadian kayaker Adam van Koeverden. Obviously, a lot of that comes down to organizational resources and what outlets can afford to keep people on the Olympic beat consistently between Games, as well as how many talented writers are willing to overlook the big lights of professional sports, but it’s certainly at least possible for some. The storytelling focus is a natural one for print and web outlets, of course, and the amount of interest in work like Starkman’s suggests that it might be a better financial proposition for newspapers, magazines and websites than some might think. There’s certainly already some good work being done on those fronts, but the sense from this corner is that this is still an underserved market, and that’s a rarity on our modern sports landscape.

There’s no need to stop there, though, as this storytelling focus could work well in radio and television as well. At the moment, some Olympic sports (skiing, swimming, track, bobsleigh and so forth) have some of their non-Olympic events televised, but it’s tough to sell those who aren’t massive fans of the sport on watching it for a couple of hours. It might be easier to attract the casual fan to a radio show that features a sitdown with a different interesting Olympic athlete every week, or a newsmagazine television program along the lines of ESPN’s E:60, but focusing on notable Olympic athletes. Sure, it’s the sports that get these people noticed, but it’s often the stories behind their careers that may be more relevant and interesting to the average sports fan. Randy Starkman got that, and that helped make his work appealing to a large audience well beyond devotees of particular Olympic sports. Other sports media entities would do well to follow suit.