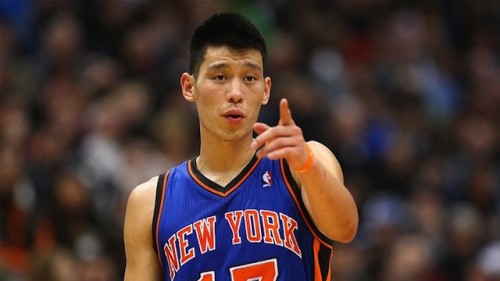 AA has routinely taken the ESPN Ombudsman to task for their lack of impactful writing and coverage of ESPN in the last year.  The Poynter Institute has often fallen short in meaningful information and criticism for readers, fans, and observers of ESPN ever since their tenure as ombudsman began.  At times, the Poynter staff might as well have been ESPN PR crafting pieces that defended the network without offering any real and relevant questions or criticism.  However, Jason Fry’s effort in tackling one of ESPN’s biggest controversies in the last year hit all the right notes.

Poynter was swift in their reaction piece to the infamous statements about Jeremy Lin that led to one editor being fired and one ESPNEWS anchor being suspended for 30 days.  Fry’s column also answered the question that ESPN declined to address initially – why was there not checks and balances in place to protect editor Anthony Federico from having a possibly offensive headline from being published at 2:30 AM.  Here’s the story from Poynter on how the headline was published without a safety net in place…

Anthony Mormile, vice president for mobile content at ESPN, said the Bristol-based editorial team for the mobile sites consists of eight people who usually work two per shift. After 2 a.m., one editor is often catching up on the “back end,” updating content for sports that aren’t in season and taking care of other editorial loose ends. The other editor is generally handling the “front end” of the site, loading up “experience carousels” with headlines, summaries and links to articles. (Because cellphones offer less screen real estate than desktop computers, the mobile editors often write different headlines.)

Mormile said that, on Saturday night, the front-end editor — 28-year-old Anthony Federico, who had six years of experience on the mobile team — liked Begley’s column and decided to spotlight it for the mobile site, sensing that the conversation had shifted from the Knicks’ loss to potential holes in Lin’s game.

On the Web side, (ESPN SR VP Rob) King said, lead content packages and headlines go through a copy desk before they’re pushed live, and a copy editor is always there when a home page editor is working. But the mobile team doesn’t have “that level of oversight … you had one person making a move that a lot of people could see.”

Mormile says the mobile editors generally double-check each other’s work, providing at least an informal safety net. But the other editor on Federico’s shift was busy supporting ESPN’s Bracket Bound app, which is getting a lot of usage in the run-up to March Madness. Federico pushed the headline out himself — and, when Mormile was alerted a little after 3 a.m., Twitter “was blowing up with people putting up screen shots and condemnations.”

Federico offered another lengthy apology on his Twitter page Wednesday.  As more information becomes available, it truly does seem like he was a victim of a horrible series of events and not trying to be clever and offensive.  One of the questions I originally had was how the mobile headline could be published without anyone seeing it and noticing the potential firestorm with that phrase before going live.  Given ESPN is the worldwide leader in sports, it is very surprising that one solitary person would have the sole ability to produce anything in the online/mobile world on their own.  Rob King tells Poynter later in the article that Bristol is addressing a streamlining of their web and mobile units to provide a more consistent editorial system that would help to prevent this kind of episode from happening again.  With a small city of employees, it’s hard to believe that wasn’t in place already.

As to the seemingly harsh punishments, Fry also revealed that ESPN had addressed the racial sensitivity of Jeremy Lin’s story and the surrounding media coverage in a high level meeting not previously reported:

One potential factor in the severity of the punishments: Earlier in the week, racial sensitivity regarding the Lin storyline was a topic in the company’s monthly editorial board meeting, and ESPN issued a memo to all its content groups urging staffers to be cognizant of how Lin was discussed — a directive that was revisited in a Friday staff meeting.

Given this information, it is more understandable as to why ESPN handed down the firm discipline they did in these cases.  Just a week earlier, Jason Whitlock had angered millions with his insensitive garbage, so everyone at ESPN had to know to be incredibly careful with anything that even remotely touched Linsanity.

Even with that information though, Fry is critical of ESPN for the 30 day suspension of Max Bretos as being too stiff given his remark could not have the same filter as the mobile headline:

The 30-day suspension of Bretos — who has been with ESPN for two years — strikes us as too harsh, though. Looking at the clip of Bretos’ comments, we see no sign he was trying to be snarky or clever, and an on-air reporter must think, listen and talk in real time, with no chance to review his or her words. Flubs and slips of the tongue are a hazard of the trade, and an unfortunate choice of words at the wrong time can be devastating. Reconsidering Bretos’ sentence would neither undermine ESPN’s speedy and forthright response to these incidents nor damage its efforts to make sure such a thing doesn’t happen again.

That’s quite true, but in this case ESPN needed to act quickly and decisively with both Federico and Bretos.  Had ESPN done nothing to Bretos after firing Federico, you can be sure there would have been a much larger outcry.  Again, it’s more of an unfortunate circumstance than anything and Bretos should be able to fully recover after his time on the sidelines.

From top to bottom, this is the kind of article we’ve been hoping for from the Poynter Institute all along.  There was fresh reporting, criticism when warranted, and more transparency and information for readers and fans of ESPN.  In this instance, Poynter had to address how the mobile headline was published and what steps ESPN is going to take to ensure it doesn’t happen again.  Jason Fry’s piece accomplished that and more.  Let’s hope it’s a turning point for the ESPN Ombudsman.