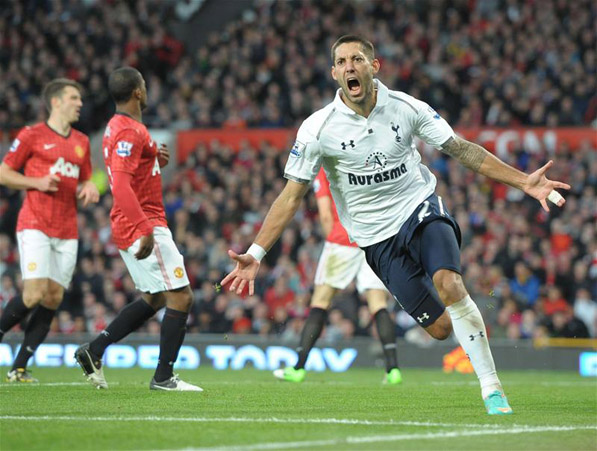 This weekend, the landscape of not just televised soccer in America, but the cable sports landscape itself changed dramatically when NBC made a stunning bid to win comprehensive, exclusive rights to the English Premier League.  NBC's three year deal starts next year with the 2013-14 season and runs through the 2015-16 season.

First, the staggering numbers.  NBC's financial commitment, estimated at $83 million dollars per year, (or about $250 million over the course of the three year contract) is more than TRIPLE what Fox has paid for EPL rights in their most recent agreement.  Stunning.  Sports rights fees are going up everywhere because sports is one of the last things in the DVR world you have to watch live… but a 300% plus increase for soccer from England is something only the most optimistic of soccer fanatics or British culture enthusiasts could have ever imagined.

NBC will have the rights to all 380 English Premier League games each year, which means other contenders like Fox Soccer, ESPN, and the upstart beIn Sport are all left out in the cold.

The extent to which NBC plans to commit resources to covering the Premier League is the second staggering factor of this landmark deal.  NBC Sports Chairman Mark Lazarus has already indicated to SI they will air 18-20 EPL games live on NBC broadcast television.  Not NBC Sports Network or one of the cable channels, the NBC mothership.  Not tape delayed after NFL games like Fox has done for a handful of games the last two years.  Live.

I'll give you a few seconds to get off the floor and back to your computer at the shock of NBC championing live televised sports.

That's not all.  Lazarus also indicated NBC will use their full arsenal of networks in the NBC Universal family to televise EPL games, meaning you could see games on CNBC, MSNBC, USA, or other networks much like the Olympics.  You may see Swansea City and Aston Villa play an EPL game on Bravo, wrap your mind around that new reality.  This strategy builds off the innovative Fox coverage of Survival Sunday, when all 10 EPL games were televised on a different television or online platform on the last day of the season.  Games that aren't aired on television will be shown online through NBC Sports Live Extra, so every one of the 380 EPL games will be available in some fashion.

The home of the EPL will be NBC Sports Network.  With usually six broadcast windows in a week of action (approximately 8 AM, 10 AM, 12:30 PM ET Saturday, 8:30 AM, 11:00 AM Sunday, 3 PM Monday), NBCSN will air multiple games each weekend.  Next to the NHL, the English Premier League immediately becomes NBC's second most important partnership.  Fox has averaged around 140,000 viewers the last two seasons, which will also immediately make the EPL one of NBCSN's most watched programs.

As far as viewers and inventory goes, this is a turning point for NBC Sports Network with hundreds of EPL games from August to May to air during weekend morning hours against little competition.  Combined with their new Formula One package, NBCSN has exponentially increased their live sports portfolio in the last two weeks.  It's interesting to see NBCSN go global to fill out their massive programming holes, but F1 and the EPL are the best in the world in their respective sports and should bring an uptick in prestige, viewers, and sponsorships.  Furthermore, NBC has announced they will develop pre and postgame shows along with highlight shows and weekly programs to supplement live games.

But there needs to be restraint with this news from NBC's celebratory perspective.  Even if EPL soccer continues to grow at an impressive rate over the next three years, the EPL isn't going to bring seven figure viewership to NBC Sports Network consistently.  This isn't the NBA, nor Major League Baseball, nor the NFL.  This isn't yet a gamechanger and I still like Fox's positioning for the future Fox Sports 1 better as a future alternative to ESPN.  This is another relatively small step forward.

But, combined with its MLS rights and US National Team games, NBC Sports Network will surpass both ESPN and Fox as the number one soccer network in America.  ESPN and Fox will have the World Cup, Fox will have the Champions League, but make no mistake – the English Premier League is America's soccer league of choice week to week.  American sports fans want to see the best and the EPL is the best, most compelling league in the world.  With the shrinking world in which we live in, it's just as easy for someone to be a fan of Liverpool, Arsenal, or Man U than it is the Chicago Fire or San Jose Earthquakes.  Rights fees, ratings, and quality of play show the EPL is the top soccer league in this country on television.  While MLS has built slowly and done the right things from an attendance perspective, it still has not broken through the glass ceiling as a TV sport.

This is a sweeping transformation of the soccer landscape.  Regular AA readers will know the high regard we hold ESPN's soccer coverage and it's a shame ESPN will be a fading presence in the soccer market after the 2014 World Cup.  It's one sport their claim as the worldwide leader holds true.  As a soccer fan, it'll take quite the effort for NBC to cover the sport with the same quality as ESPN.  After this season, it'll be very interesting to see how ESPN continues with their soccer coverage.  I'd imagine it would still remain strong ahead of the 2014 World Cup, but there are skeptics worried that ESPN will cast aside soccer as they've done with hockey once leaving the Bristol city limits.

The most dramatic impact in this sweeping change isn't the effect on NBC or ESPN though, it's on Fox Soccer.  The future of Fox Soccer Channel is cloudy without the English Premier League.  The EPL is the backbone of FSC and has been for years.  This week alone, FSC will televise over 50 hours of EPL programming between live games, replays, magazine shows, and their Being: Liverpool series.  What happens to FSC when all of that evaporates?  Without the EPL, beIn Sport becomes a much more attractive option with the Spanish, Italian, and French leagues versus the occasional Champions League games from Europe and America and the Australian A-League on FSC.  Without the EPL, Fox may decide to move their Champions League coverage to the planned Fox Sports 1 and FSC could theoretically become Fox Sports 2, focusing on what's left over from FSC and Fox Soccer Plus.  Fox will have the Men's and Women's World Cups in a few years, but without that solid foundation of the EPL, it's tough to see a bright future for the soccer-specific network.

There are still plenty of questions for NBC's planned EPL coverage including announcers.  FSC has used the syndicated international feed almost exclusively and I'd imagine NBC will continue to outsource most announcers while also going the ESPN model and using their own for the biggest games.  Expect to see the excellent Englishman Arlo White spearhead NBC's play by play stable while there will still be plenty of game and studio spots wide open.  (For those of you asking about Ian Darke, he'll be with ESPN through at least the 2014 World Cup.)

But more importantly, questions remain as to the extent to which this single partnership between NBC and the EPL affects the whole of cable sports.  It's a significant boost to NBC's hopes to build a respectable all sports cable channel and gives them the top soccer league in the world.  It's a blow to ESPN, who has made their commitment to soccer well known under John Skipper's leadership.  And, it could be a key moment in the rumored sea change across the platforms of Fox Sports.

But perhaps most importantly, this is a day for soccer fans to celebrate.  This is another positive step for the game as the EPL will be a mainstream American sport with consistent coverage on network television and extensive coverage on cable never seen before.

Pretty amazing for a sport that would never make it in this country.