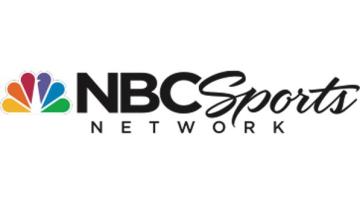 In the weeks to come, NBC Sports Network will move from channel 603 on DirectTV to 220. For many of us, that is of little consequence but to millions of subscribers with limited awareness of the channel, it could end up making a sizable difference in the scheme of things.

That's an email from my mom with 4 days left in the Olympics. She is of course referring to NBC Sports Network, which I told her about a couple of times knowing that she likes the Olympics. Her email is as follows:

"I have been trying to find it but am not having luck."

Major props to Mom for using email rather than calling, keeping it brief, and not bringing up again how she is trying to set me up on a date.

And while it would be easy to blame Mom for not knowing where to find NBCSN, the channel we all label as ESPN's biggest threat, she's not alone.

I saw one of my close friend's girlfriend about 4 times during the Olympics and it was all she talked about. Certainly a newly minted expert in all things Olympics would know of NBC Sports Network right? Unfortunately she did not and when given the inside scoop on where to find a wealth of Olympics she replied with:

"I think you do. Who is your cable company?"

"Well they own NBC Sports Network, so you definitely get it." (solicits scowl)

Looking at the Comcast website, it looks like it's in every package a customer can have. Regardless, I don't think she ever found it and I didn't check back with Mom in this issue either.

But if you think of a channel like a restaurant or a bar, yes serving a better and more popular product is going to make a difference, but location is important too. Your regulars know where to find you but a bad location means you'll miss out on drive by traffic making impulse decisions.

Channel 603 is basically like having an Outback Steakhouse in a place miles from cell phone reception and a paved road. It would be like the gang in the Goonies showing up unannounced at the abandoned restaurant.

In fact, NBCSN's two neighbors in the lower 600's include:

604: Pursuit. While I'd like to say this would just be a channel that replayed Running Man, Surviving The Game, Gymkata, and Hard Target all day (Note: I reserve the rights to exclusively launch this cable network), it's all about fishing and hunting.

Essentially nobody really ever checks this channel neighborhood that often. A lot of people probably didn't even know their guide went up to those numbers minus you pervs hanging out in the incredibly overpriced 590's.

603 just isn't indicative of a cable channel that people should care about. Most of the time on the DTV viewing guide is spent in the 200's with the 300's and up to a hundred network blocks getting the vast majority of eyeballs from bored people trying to find something to watch.

I don't really know what type of bump NBCSN will get moving away from the boondocks and into the prime channel downtown, but I imagine there will be some type of bump. If this type of move is mirrored across other distributors, it could add up over time.

Personally, it comes at a good time. The 6 on my bedroom television remote is broken. Between hitting 206 for ESPN, 603 for NBC Sports Network, and 698 for local sports coverage, it's just totally non functional as of Friday.

All kidding aside, if NBCSN can land some more television rights, it will certainly move the needle. Until the,n channel relocation may be more meaningful then some of the original programming tweaks along the way.

Like the awesome burger joint in my neigborhood nestled in between a medicinal marijuana co op and a liquor store, a move across town often can make a world of a difference.