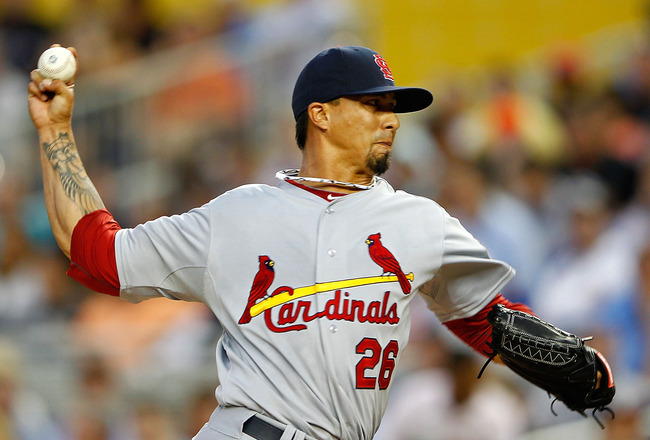 Ratings for the MLB Opening Night game on ESPN were up 4% from last year, as the Cardinals beat the Marlins in the opening of Marlins Park. Last year’s game also featured the defending World Champions, as the Giants lost 2-1 to the Dodgers. This year’s game drew 2.4 million viewers, and drew a 1.56 rating in men 18-49, which was up slightly (5%) from last season.

However, just like last year, MLB wasn’t the sports king of the evening. The NBA once again trumped them.

Last year, ESPN ran a tripleheader of games that culminated with the Giants-Dodgers matchup in primetime. That game was the highest rated of the three games that aired that day for ESPN, yet it fell short of the ratings posted by the NBA on TNT doubleheader that night. The Celtics and Spurs drew a 1.70 in men 18-49 and 2.8 millon viewers, and the late game of the Mavericks and Lakers drew a 2.11 rating among males 18-49 and 3 million viewers. Both of those numbers slaughtered the baseball game.

This year, it was more of the same. Despite being up from last year in both demographics, MLB fell short once again. An NBA game on ESPN3 between the Thunder and Heat drew a 2.42 among males 18-49 and 3 million viewers, while following the Marlins-Cardinals game, a game between the Lakers and Clippers on ESPN had a 2.43 rating among males 18-49 and 2.4 million viewers.

What does this immediately tell us? Well, a few things. First off, MLB’s audience is skewed much older than the NBA’s, as both NBA games drew a rating nearly a full point higher than the MLB game did in the coveted 18-49 male demographic. That’s not good for baseball any way you slice it. Furthermore, this also illustrates how little of an effect the lockout had on the NBA. Both games this year drew a higher 18-49 rating than the games last year, and while the total viewership slightly dropped, you could probably attribute that to the late game this year featuring both LA teams, drawing in only one market as opposed to two.

Another thing these ratings illustrates is possible disillusionment with MLB and their multiple Opening Days. Fans essentially had one of four days to celebrate as Opening Day, depending on who they cheered for. There was no uniformity, no consistency, and no desire to watch games on a given Opening Day if your team wasn’t involved. If you’re a Yankees fan, whose season started on Friday, why would you want to watch either of the Mariners-A’s games in Japan last week, or the opening of Marlins Park between two teams that aren’t in your league when you know damn well that you’re still going to need to wait at least another day to watch your team play? Last season, there was no ridiculous series in Japan, there was no one game special the night before the season started, and it was a lot easier to get excited. This turns into more of an MLB issue than an ESPN issue, but I digress.

Baseball royally screwed up Opening Day this year, and no one at their offices should be shaking hands and patting themselves on the back for ratings going up from last year. They got beat by basketball, again. Despite baseball proclaiming itself as America’s national pastime, it’s no longer the top sport in America. That’s obviously football. And if things keep going in this direction, basketball might start getting the best of baseball soon as well. MLB is quickly losing touch with younger fans, and we’ve talked about how they can win them back by fixing their awful blackout and video policies for starters. Maybe the league losing eyeballs to basketball yet again is going to finally open some eyes in the MLB offices.

(thanks to TVSportsRatings for providing ratings data)