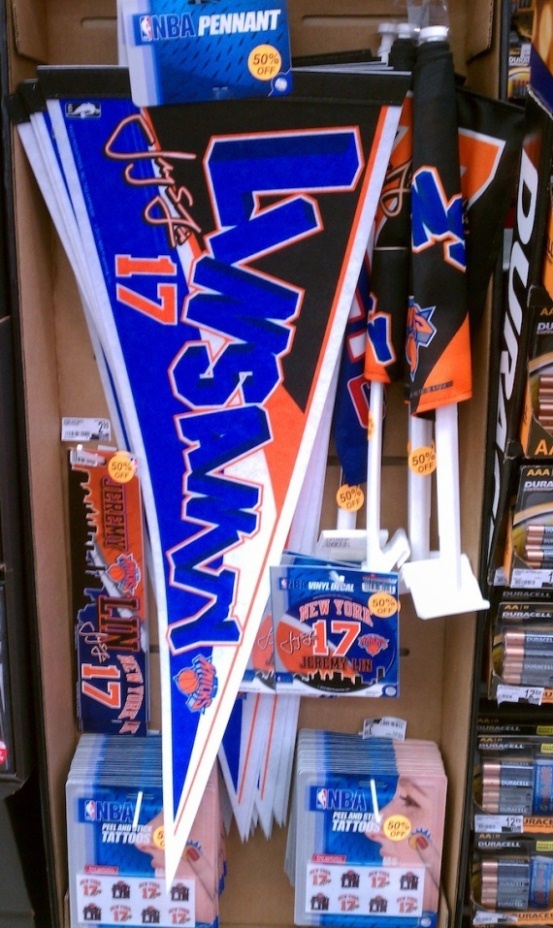 The Knicks finally won a game Wednesday night, blasting the hapless Blazers by 40+ at MSG.  That win halted a six game losing streak that ultimately ended up in coach Mike D’Antoni resigning, Carmelo Anthony becoming the scorn of New York, the Knicks back outside the Top 8 in the Eastern Conference, and Jeremy Lin merchandise being slashed like Halloween costumes in November.

For a two week period, Jeremy Lin ruled the sports world.  He was on the back cover of Newsday for a record tying 20 consecutive days.  He made back to back Sports Illustrated covers.  There was a time when you couldn’t escape Jeremy Lin.  You couldn’t watch a minute of SportsCenter without hearing his name.  Literally.  SportsCenter mentioned his name once a minute at the height of Linsanity.

But alas, Linsanity has been on a long, slow march back to normalcy.  Lin’s stats actually haven’t dropped that much.  He’s averaging 16.2 PPG and 7 APG in March compared to 20.9 PPG and 8.4 APG in February … but the Knicks are 1-6.  Of course, Linsanity was never going to maintain its intergalactic nature.  The weeks after the Super Bowl left a void in the sports calendar.  As March has come though, we have had the Saints bounty scandal, Peyton Manning, the opening of Spring Training, and now the NCAA Tournament to draw our attention.

But in the span of one month, just how much has Linsanity dropped off the face of the sports radar?  Check these charts from Google Trends that show the amount of searches taking place regarding the Knicks point guard.  The charts show how many seaches take place for a given subject measured against the average traffic in that timeframe.  1.0 represents the average search in the last 30 days.  Here’s the trending data for Jeremy Lin…

That’s not all though.  Autographs that were as high as $1,500 on ebay are now a couple hundred bucks.  Local Knicks ratings remain decent, but have dropped in recent weeks – cut in almost half from a 7.3 for a February game against New Orleans to a 4.3 for a March game against San Antonio.  Lin’s press conferences have been moved back into the locker room with the rest of his teammates as well.

Linsanity was always going to come back to the earth, but the speed and ferocity with which it has happened is stunning.  It has been only a month since Jeremy Lin was Bigger than Tebow.

Jeremy Lin’s return to mortal man doesn’t change the great story he continues to write.  He’ll still be one of the top names in the NBA and a global phenomenon due to the same factors that led him to be the biggest story in sports.  Most fans of the league are likely still rooting for him to succeed and he still projects to have a very good NBA career.  However, there’s no more discussion of Lin winning the MVP award or any of the hype and hashtags that once existed.  Lin’s incredible rise and subsequent fall is in one way just another testament to the extreme nature of our society today.  Trends, tweets, viral sensations, and the 24/7 media cycle naturally lead to more violent, dramatic swings in popularity and notoriety.  But alas, Linsanity met a force that was powerful enough to stop it in its tracks – losing.  And in the end, that’s always the bottom line in sports.