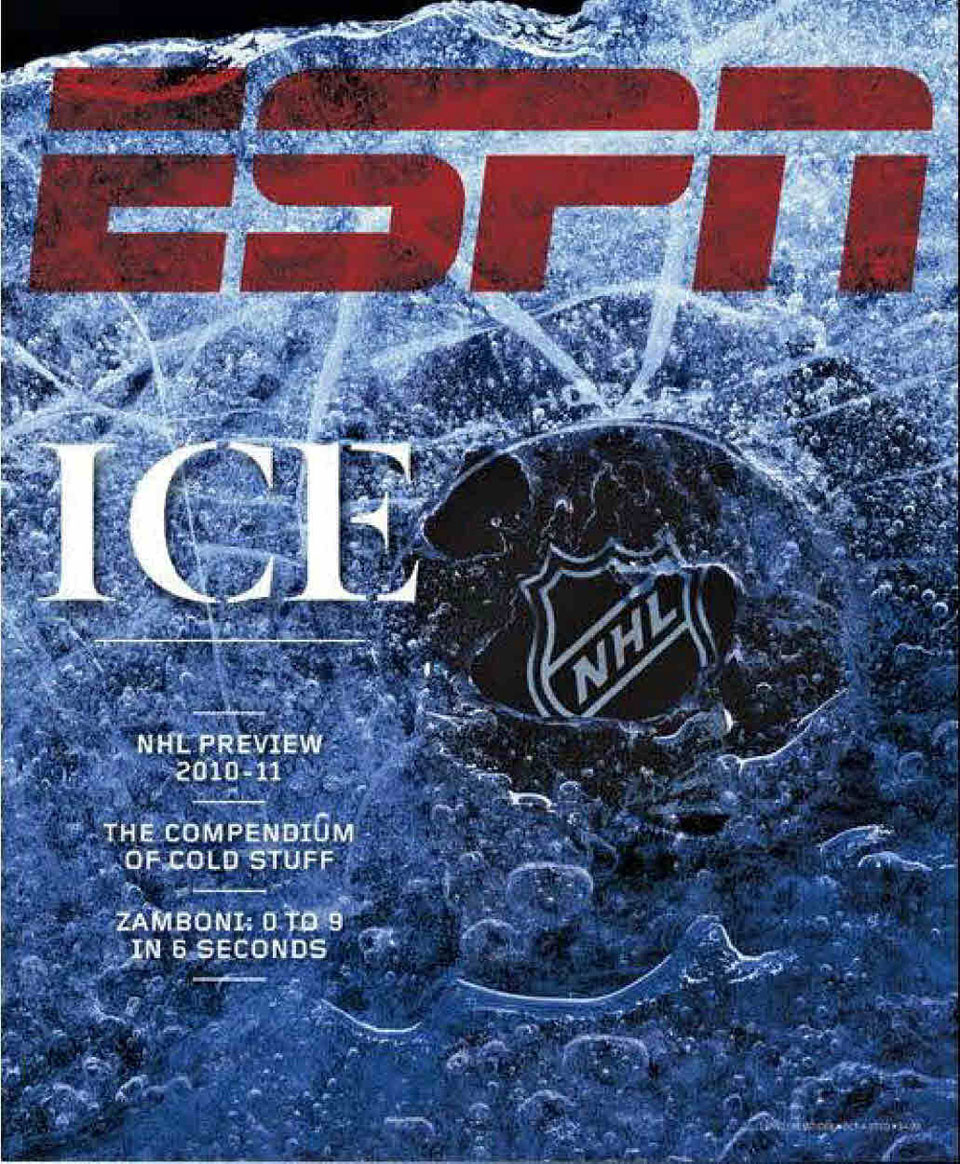 Thanks to Deadspin’s excellent series Bristolmetrics, statistical evidence has been provided that has proved something we’ve known all along… ESPN doesn’t give a damn about the NHL.  To date in their study since January 7th, the NHL receives a meager 3.1% of SportsCenter airtime.  Given ESPN doesn’t have a contract with the NHL and employs 1 NHL analyst that makes regular appearances on SportsCenter, this apathy towards the NHL is no mystery.  In fact, the extent to which the NHL is ignored by ESPN has become its own sort of running gag and a badge of honor for hockey fans.

But it got me thinking, if there was ever a time for ESPN to pay attention to the NHL, it would be Thursday.  The Stanley Cup Playoffs had just kicked off the night before with a full slate of games.  There was no big ESPN event that evening to promote.  There was no breaking news throughout the day that deserved full-scale coverage.  In fact, the sports story of the day was Philly’s dramatic 4-3 OT victory in Pittsburgh after trailing 3-0 in Game 1 of their series.  If there was any day for SportsCenter to dive a little deeper into the NHL, this would be it.

So with an ode to the Bristolmetrics study, I decided to pick a random, run-of-the-mill SportsCenter – the 1 PM ET edition on Thursday, to see how much coverage they devoted to the NHL.  The live afternoon SportsCenters are a hodgepodge of highlights from the night before, analysis and features, and looking ahead to the coming evening.  Even though they’re all billed as live, they share roughly the same content from hour to hour.  It’s an interesting look into SportsCenter’s evolution in being just as much about opinion and analysis as highlights and reports.  With the NHL having their night to shine, how much ice time did the league get on the afternoon edition of SportsCenter?

2:08!  That’s it!  That’s barely longer than a North Korean missile launch!  In the nearly 44 minutes of SportsCenter action (43:49 by my unscientific count), that amounted to a mere 4.9% of SportsCenter.  Hey, at least its up from the average year to date.  So what did SportsCenter actually use their time to talk about?  Here’s the eye-opening breakdown…

I was stunned that ESPN gave top billing to previewing Thursday night’s Bulls/Heat game seeing as how it was being televised on TNT.  If it was an ESPN game, I’d expect the Bristol hype machine to be in full force… but almost 10 minutes previewing a game on Turner?  It was peculiar to say the least.  This first segment included a Rachel Nichols on-site report (guest starring Stephen A. Smith, ugh) and a John Buccigross sit-down with Tim Legler about the game.  Buccigross and Legler also discussed other NBA stories “By The Numbers” including the pedantic Dwight Howard vs Andrew Bynum debate we’ve heard 7,000 times in the last year.

The breakdown of how SportsCenter covered the NHL may be the most confounding element of this analysis.  The first 46 seconds were spent on a Barry Melrose video package highlighting the fierce Pens/Flyers rivalry.  A mere 36 seconds of highlights followed to recap the 3 games from the night before in a convoluted “Playoff Hat Trick.”  That’s barely more than the amount of time it takes to mute Pierre McGuire.  The Nashville/Detroit “highlight” was literally the last two seconds of the game.  The dramatic Pens/Flyers “highlight” was only a fraction of the canned video package.  For any hockey fans watching SportsCenter (if there are any left), it must have been frustrating.  A final 46 seconds was spent examining Thursday night’s schedule with graphics showing the Eastern and Western Conference series getting underway.  And just like that, the NHL went back into its small, dark, Bristol cave.

Yup, one early season MLB game received a highlight package almost twice as long as three NHL playoff games.  Could it be because the Marlins and Phillies happened to be the Wednesday night ESPN2 game the night before?

After Kurkjan was done with his “Quirk-jans” (that’s a real thing), we were thrown to a pre-taped roundtable hosted by Trent Dilfer (curiously enough) with Chris Mortensen and Mel Kiper Jr. on winners and losers of free agency that was actually fairly insightful.

After brief Thunder/Clippers highlights (coming in at 46 seconds, again longer than the 3 NHL games), Jon Gruden’s QB Camp and Kellen Moore took center stage.  SC aired a lengthy, and I mean lengthy preview of Moore’s appearance on Gruden’s QB Camp showing later in full on ESPNU.  I’m a big fan of Gruden’s QB Camp, but my God can some of it be tedious.  Nobody wants to see 20 playbacks of Philip Rivers as a waterboy walking out of a huddle in grade school just because his dad was a coach like Kellen Moore.  Yeesh.  Other such groundbreaking questions aired in the SportsCenter snippet included:

“Didn’t you write a paper on Brady?”
“Do ducks really go to die on the blue turf?”
“Who is this dog?”

Seriously.  Those were the featured questions on the QB Camp teaser.  There was really nothing much about quarterbacking at all.  Let’s just say the preview didn’t exactly move me to DVR the entire program.

It’s April, so it’s time for Mel Kiper and Todd McShay to debate the draft.  Unlike ESPN’s staged debates that cause me to pound my head against the wall, I have a strange appreciation for when Kiper and McShay square off because it really seems like they don’t like each other.  And why would they?  Kiper surely can’t be a fan of the new kid on the block and McShay is obviously jealous of Kiper’s hair and ability to make fewer crazy predictions.  Finally, the show wrapped up with the SC Top 10 in 3 minutes, and another leg of SportsCenter’s journey was complete.

What did we learn?  The afternoon SportsCenter was just as big of a potpourri as envisioned, mostly leaning on analysis and ESPN’s unending army of on-screen talent.  More and more, SportsCenter is trending in this direction.  ESPN went to their well of analysts (Legler, Dilfer), insiders (Clayton, Kurkjan), and draftniks (Kiper, McShay) to fill the vast majority of the show.  Throw in a couple highlights, a lengthy promotional package, and just a dash of NHL, and you have your SportsCenter formula.