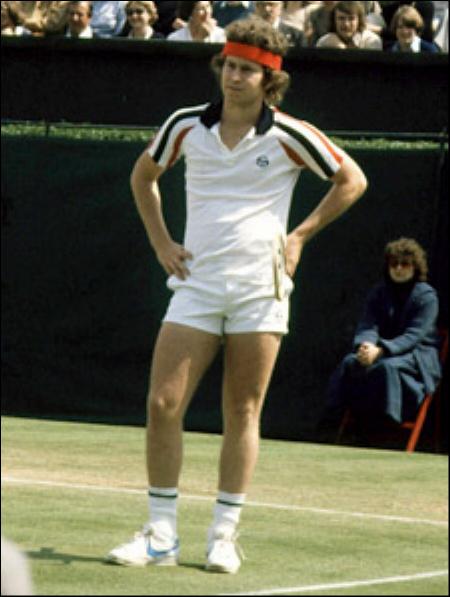 There will be change in the air this summer at the All England Club as for the first time in 43 years, NBC won’t be televising the championships.  Last year, ESPN won the rights away from NBC for the entire tournament, adding to the cable coverage that began in 2003.  One of the central reasons Wimbledon went with ESPN was for their adherence to showing matches live, as opposed to NBC’s confusing matrix of live and tape delayed coverage, which was the only real ugly part of last year’s covearge.

One element of ESPN’s coverage reported by Michael Hiestand at USA Today is naming a lead analyst for its expanded coverage.  While the network has changed, the analyst won’t as John McEnroe will be at the forefront of ESPN’s Wimbledon coverage…

So as ESPN this year inherits NBC’s Wimbledon coverage, it will formally announce Friday what would be shocking only if it didn’t happen: McEnroe will be its lead analyst.

McEnroe, who had a short-lived CNBC talk show in 2004, suggests he’s also open to ESPN on-air roles beyond tennis. “There’s been talk about that in the past. That’s intriguing. … I’m open to suggestions.”

McEnroe, who will continue on U.S. Open coverage on CBS and ESPN, hopes his Wimbledon role will include working with his brother Patrick, as he has at the Open.

McEnroe has worked with ESPN before and has a relationship with the network, so him being named lead analyst for Bristol’s Wimbledon coverage was a mere formality.  McEnroe isn’t just the best tennis analyst around, he’s one of the top analysts regardless of sport, so the decision is a no-brainer.  What will be interesting is which play by play man will have the honor of calling the Wimbledon Final for ESPN.  The odds on favorite may be Chris Fowler, whose work at tennis may actually be better than his hosting duties on College Gameday.  From top to bottom, ESPN’s tennis coverage rivals its work at the World Cup for best at the network.  Adding John McEnroe as the top analyst only cements that.