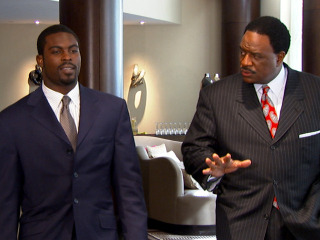 James Brown is one of the most respected individuals in the sports media.  From his time on NFL pregame shows to Inside the NFL and his work as a play by play man, Brown has built a lengthy career working in sports.  His distinguished career in broadcasting has been recognized by his current employer as it was announced JB is joining CBS News as a Special Correspondent.  Here’s what CBS News execs had to say about having Brown join their team:

“James Brown is among the very best in our business,” said Fager. “He is a fixture at CBS Sports and will be a great addition to CBS News because of his abilities, and because he also happens to be a great human being.”

“Audiences know JB as the face of THE NFL TODAY and other sports broadcasts — what they may not know is his curiosity about the news,” said Rhodes. “His wide-ranging interests from sports to faith to community service will be great assets to CBS News and to our viewers.”

Only a few sportscasters have crossed over into the news division on their network.  Bob Costas comes to mind as one recent example with his notable Jerry Sandusky interview on Brian Williams’ Rock Center.  JB certainly has the resume, prestige, and talent to do the same.  CBS says Brown will do original reporting across the news division at CBS, so you can expect to see stories on shows such as the CBS Evening News and 60 Minutes.  Brown isn’t a complete stranger to the news division as he interviewed Michael Vick for 60 Minutes in 2009.

Joining CBS News is quite the recognition for JB, whose heavier work may be lost on some that just know him from the laugh factory of NFL pregame shows.  Brown made his first appearance for CBS News co-hosting their Saturday morning show this weekend, and judging from this short clip, filled the role seamlessly.