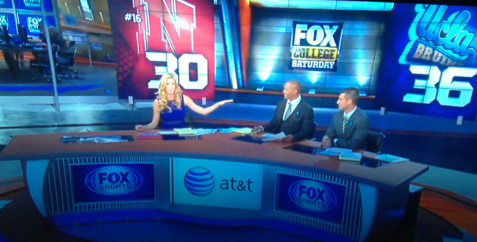 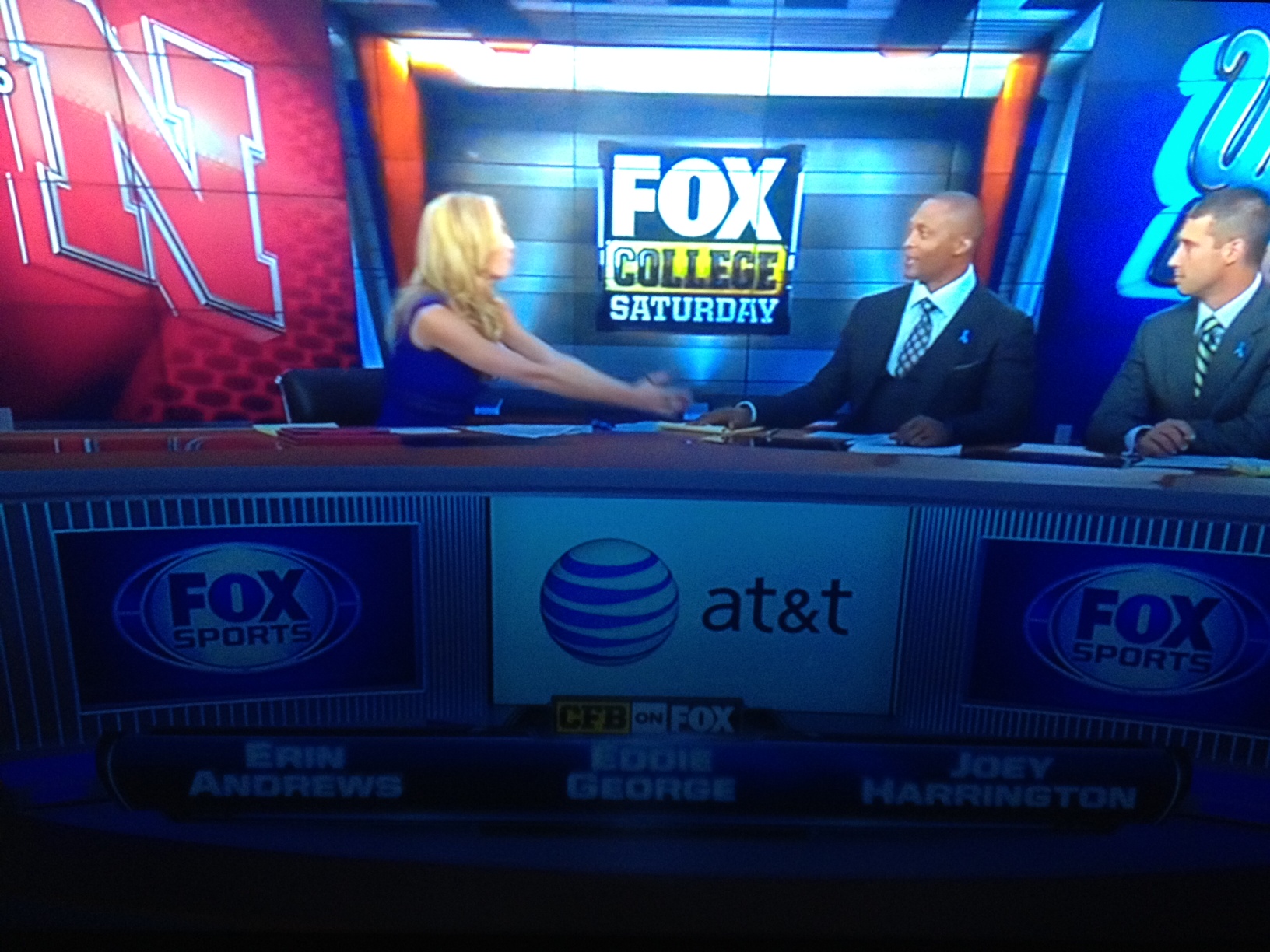 In 1994, Fox made the bold move of aggressively winning the rights to the NFC football package. The $1.58 billion dollar roll of the dice not only launched the formation of Fox Sports but also saw Fox jump into the class of ABC, CBS, and NBC who were at the time considered the "The Big 3."

Fox won over fans quickly as they brought in talent like John Madden, Pat Summerall, Dick Stockton, and Terry Bradshaw into the fold and invested a lot of resources into having additional camera angles of the games and more ability to show instant replays.

At the time, other networks had 30 minute pregame shows and were more buttoned up than Fox, who for better or worse, went with a more casual and open ended show. In the years to come, pregame shows were extended to a full hour and popped up on cable networks despite not having any NFL games during the day.

Fast forward to today and once again Fox is in a similar position, although the task at hand is even more daunting. While CBS and NBC have some college football programming, ESPN has a monopoly in terms of mind share over the sport. Games on Thursday night, Friday Night, all day and night on Saturday, and spanning the likes of ABC, ESPN, ESPN2, and ESPNU.  ESPN not only does college football big…..it does it very well.

College Gameday is a treasure in the sports media landscape and Brent & Herbie are potentially the most popular "A Team" of announcers spanning all the major networks and major sports.

But credit Fox for entering the fray again.  After 3 years of being ridiculed for their BCS bowl coverage while striking out on any regular season packages, Fox is at it again. The network has acquired rights to Big 12 and Pac 12 games in addition to alternating the Big Ten Championship game and the Cotton Bowl.

While Fox's game packages, production quality, and depth of announcing talent are still behind ESPN (Gus Johnson not withstanding), the area where you think they could compete and done historically well is where they're getting outclassed the most.

Erin Andrews was plucked from ESPN's sideline by Fox and put in studio, hoping her popularity combined with being on a broadcast network could surpass ESPN's post-Gameday studio coverage of Mark May and Lou Holtz. Although the duo has their moments, May is almost universally disliked by college football fans and Holtz would probably do better in a more limited role rather than spending the entire day in front of the cameras.

Two weekends back was supposed to be Andrews' Fox pregame debut with Joey Harrington and Eddie George, but Fox's MLB game went long and wiped the show entirely for much of the country. This past week's pregame show again didn't air in some areas which had the Mets game and was almost killed off entirely when the Dodgers vs. Giants game entered the 9th tied as airtime loomed (the Dodgers scored and the game ended on time).

Curious to see Andrews and company in their inaugural effort, I went out of my way to watch the show and solicited feedback from Twitter. The results were not kind. The Twitter reaction was absolutely brutal. To be honest, the show was so flawed that it deserved such criticism that included multiple calls for it's cancelation. But instead of merely observing the train wreck, here are areas the show can be improved and improved quickly so it doesn't go the way of Fox's BCS coverage.

Erin Andrews Needs To Calm Down

Although the video below is not anything damning, it does show some of the anxious and distracting body language Andrews exhibited throughout the show.

Verbally, Andrews' delivery was a bit rough too. Her mic was live when they were showing UCLA cheerleaders and she said something to the effect of "I have NO idea what's happening next."

Later, after a segment where the sideline reporter's mic didn't work, she quipped something like "Let's try some highlights which hopefully we can control better."

Unfortunately, several times she started introducing highlight packages that didn't match what was on screen and seemed to freeze when that happened. The worst being when she started talking about a serious neck injury that took place in the Tulsa game. When the video was supposed to be shown, highlights of Wisconsin vs. Oregon State rolled instead. After five seconds of silence, Harrington decided to just do the highlights as nobody seemed to be salvaging the situation any better. This is a total failure of the entire operation, but it seemed to have an effect on Andrews as the show went on.

Each received a half dozen or so tweets, the bulk of which were negative. Some blamed Harrington while touting George and some were the opposite. George also misspoke calling the clock the "cock" which surely sent palms to faces in the Fox control room. While Harrington and George's analysis was ok, the most prominent feedback declared the trio as having the vibe of "watching 2 guys failing at trying to pick up or impress Andrews."

Awkwardness With The Set And Camera Angles

A lot of our followers sunk their teeth into this one. None of the people on set seemed to know what camera to look at or who to look at while talking. The set itself was way too massive for the 3 person team and often coming in and out of break we got these very odd camera angles or action shots where the on air talent would be talking, yet the live camera was far away and out of position.

This seemed to rattle the talent who were basically rolling their eyes at some of the production snafus going on behind the scenes.

One person tweeted that watching Fox made him realize how good ESPN is. I came away with the same sentiment as highlights kept being teased, but took forever to get delivered.

The Fox crew dabbled in some small talk about earthquakes, talked about the upcoming game ad nauseum, went to a failed sideline interview that lost audio, talked some more, and then went to a commercial. About 15 minutes into the show we were treated to our first highlights and all too often they were way too short and lacking context… in addition to the several times Fox jumped into the wrong highlights package.

A dozen or so tweets said the entire production was as close to "Boom Goes the Dynamite" as a nationally televised sports show can get.

Andrews was obviously perturbed and didn't do much to hide it. The frustration of the on air talent permeated through the screen with the mistakes that were taking place with alarming frequency.

Honestly, there is no place to go but up from here. It was a shocking effort.

Maybe the bar from ESPN has elevated our expectations, but my takeaway and the extremely harsh Twitter reaction seem to point to a long road of improvements, tweaking, and personnel and programming changes for Fox.

Fox no doubt believed they hit a home run to nab one of ESPN's biggest stars in Erin Andrews. As the bridge between their MLB games and Gus Johnson, Fox certainly needs the show to attract and retain an audience with the pregame show built around her.

I can't imagine any college football fan (unless they're just obsessed with Andrews) tuning away from ESPN to Fox for an early evening fix of college football highlights, analysis, and previews after watching this effort.

For the rest of this first year, the goal should be to improve week to week and address the situation at the end of the year. Given how bad things have been, you may even see some tinkering in formats and on air talent ahead of this coming Saturday, as I'm sure nobody was happy with how things went on Saturday.

The Fox pregame show is certainly something to keep an eye on given the investment in Andrews and the chance for Fox to further their college football imprint. Fox has the advantage of being a broadcast network while ABC bypasses almost all studio programming to ESPN. However, until huge improvements occur, I'm not sure they'll be able to capitalize on that built in advantage.