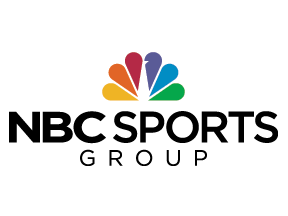 By all accounts, the Comcast/NBC merger that begat the rebirth of Versus as NBC Sports Network has provided the best chance for a competitor to ESPN on the sports media landscape.  With the resources on offer under the umbrella of Comcast and the prestige of the NBC brand, there was no reason to believe NBC Sports Network wouldn’t at least have a chance at nipping at ESPN’s heels in short order.  Though NBC contends they are still getting their house in order and have seen success with the NHL, they are still years away from being a true contender.

However, that didn’t stop ESPN president John Skipper from commenting on the new NBC Sports Network.  It’s interesting that Skipper’s remarks, made at the upfront presentation by the network this week in New York, mark the first real acknowledgement from ESPN that NBCSN at least has the potential to be a contender to ESPN.  Granted, most of Skipper’s comments are an outright dismissal of where NBCSN is currently compared to the WorldWide Leader.  The entirety of Skipper’s remarks found in Richard Deitsch’s SI media column are worth reading, but these regarding NBC stood out:

We know those guys. They have significant resources and smart folks there. They have platforms, so we have a lot of respect for what they do, and we of course pay attention. However, we’ve been doing this for 32 years and I do think there’s a little too much respect paid to the great brand names. Everybody sort of assumes, ‘Oh, my gosh, NBC is going to a 24/7 network and it’s a two-horse race.” But they don’t look like we look. You guys saw all the stuff today — mobile, Internet. We have more viewers in an average minute on ESPN mobile than they have on NBC Sports Network.

Wow, those are pretty strong comments from Skipper.  NBC didn’t take the comments passively and responded to USA Today by taking a shot at ESPN’s exorbitant subscriber fees and touting the value of their product:

“The NBC Sports Group brands are among the most powerful brands in sports. We don’t look like anyone else and we’re very proud of that fact. They’ve been at this a long time and at a significantly higher cost to consumers,” Hughes said. “Our audience and market share are increasing as evidenced by the NHL playoffs and at great value to our viewers.”

While NBC did respond, Skipper’s initial comments have raised more eyebrows.  It’s interesting just how candid the head of ESPN is in (1) acknowledging the hope that NBCSN could develop into a competitor and (2) downright bragging about the gap that currently exists between the two networks.

Let’s take the latter point first.  Of course ESPN is light years ahead of NBC, and why wouldn’t they be.  NBCSN has spent the better part of the year trying to transform the network from hunting and fishing shows into a bona fide destination for sports fans.  The numbers for NBCSN have dipped in spots compared to Versus, but their first real test has always been the number of viewers they can draw in and retain during and after the Olympics this summer.  If there’s a significant spike in ratings post-Olympics, and if NBC can continue to cultivate their live sports portfolio, then NBCSN will have begun to turn their potential into something more meaningful.

And perhaps, NBC has already taken small steps in fulfilling that potential.  As we’ve discussed previously, NHL ratings have gone up this spring while NBA ratings have gone the opposite direction in the playoffs.  There’s also the small matter of ESPN losing one of their most high-profile talents, Michelle Beadle, to the NBC/Comcast family (although Skipper also tried to downplay the loss of Beadle this week).

Despite those baby steps from NBCSN, Skipper is trying to project the dominance ESPN currently has over the likes of NBCSN and CBS Sports Network.  Here’s the money quote from Skipper “I do think there’s a little too much respect paid to the great brand names.” In other words, pay no attention to the resources NBC and CBS are committing to these pretenders.  There’s one word to describe a quote like that… arrogance.  True, it’s the arrogance that comes with being at the helm of a billion dollar company, and you can argue that attitude is why ESPN is so successful.  And most importantly, Skipper does have the numbers to back up his boasts.  But, is it also this attitude of ESPN that has led to cracks in the quality of their product in the last decade?

Unchecked by competition, ESPN has allowed itself to see unprecedented growth.  But with that growth has come a vulnerability as ESPN has stretched the bounds of entertainment, journalism, TV rights, multiple new platforms, and so on while sitting alone at the mountain peak.  Nobody is assuming NBCSN or CBS Sports Network is automatically going to be a head-to-head competitor in time.  But, there is room in the market for a smart, quality alternative to the behemoth ESPN has become.  The sports media is not pro football.  NBC and CBS Sports are not the XFL and UFL to ESPN’s NFL.  And maybe, just maybe, John Skipper knows that, which is why he fired the first shot at NBC.  It’s always a great strategy to strip your competition of legitimacy from the beginning.

But in Skipper’s supreme confidence, is he also acknowledging ESPN’s vulnerability to a smaller, smarter alternative that in time could grow to a true competitor?  Time will tell, but with comments across the bow both ways, it certainly looks like the battle is well and truly on.