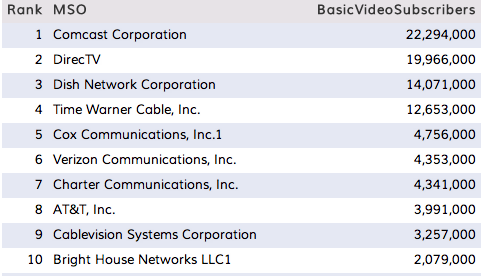 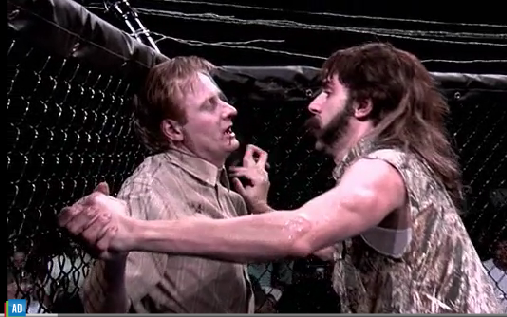 Just like in the movie Bruno, shouting and fighting in front of a large group of people can incite a riot. It can also lead to unexpected passionate makeup sex.

In our newest installment in trying to cut through the noise of various cable sports network distribution battles, we're going to take a deep dive into the two week stalemate between DirecTV and the Pac 12 Network.

It's been quiet on this front all week on the heels of Dish Network adding the channel to the surprise of many. If Vegas laid odds on who between Dish and DTV was going to add the channel first, you'd probably get DTV as a 4:1 to favorite and probably a coin flip if Dish would add the channel in 2012 or the first half of 2013.

Allegedly, DTV and the Pac 12 were pretty close to a deal a couple weeks back but DTV backed away from the table. There were a few possible reasons: a) they thought there was enough of a difference in carriage fees that they could do better on their deal b) the outrage level of not having the channel had yet to reach a fevered pitch c) Dish not having the channel didn't make them stand out as stubborn jerks.

I've maintained this situation shouldn't get out of hand, but you never know. Time Warner Cable and the NFL Network allegedly haven't had substantive talks in years. You'd think TWC customers who really yearn for the channel have at this point already switched to something else. This cautionary tale is one of the few examples showing it can go wrong. If you don't remain cool in your talks, it can devolve into a battle of pride instead of sensible business.

It's my opinion that Pac 12 Network laid off the normal preseason gimmicks of inciting a riot of angry DirectV customers mainly because they thought there was a solid chance a deal would naturally occur. As we've seen with various cable distribution battles and any big negotiation, they never seem to happen in regulation. They almost always happen at the buzzer or in overtime.

With DirecTV deciding to hold out, the super sharp group at the Pac 12 got in the ear of Dish who needed some good press as they're getting pummeled for dropping AMC and were threatening to drop Big Ten Network. Knowing there were a lot of customers (DirecTV and cable customers outside of the Pac 12 footprint) without the channel, the role of savior was effectively sold to them.

DTV was likely none too pleased. There is strength in numbers every time a new channel launches and how early you crack and how many companies crack early effectively dictates the pricing leverage going forward. Not only did Dish snake a deal DTV thought they would get first, Pac 12 Network turned the screws on DirecTV. 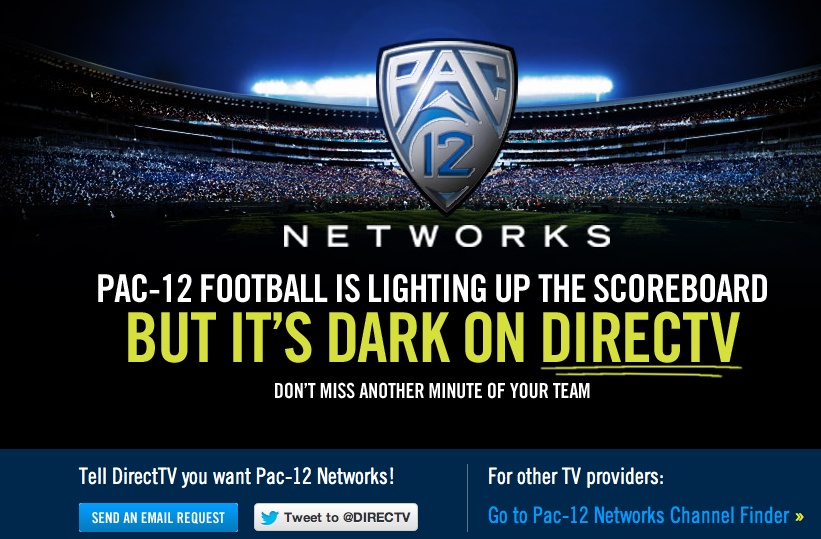 The fact of the matter is DTV has no leverage going forward. The economics of the Dish deal is very likely what DTV will end up with as both are national carriers that have less flexibility on what subscribers can get the channel and how much they pay for it, unlike cable companies who have more ability to carve out what regions will get a channel. Dish most likely has a "most favored nations" clause which means if DTV or others get a lower national rate, their rate will drop to that level.

The market has set a price. The Pac 12 and DTV are likely a dime a part a month in terms of per household and probably less than a nickel at this point.

Out of the just over 100 million cables/satellite households in America, DTV is now alone among the big boys. Pac 12 Network launched with around 12 million households and are now close to 30 million with the Dish deal in place. While that's not knocking it out of the park, the reality is deals with Comcast, Dish, Time Warner, Cox, and Brighthouse  represent 60 million households, 30 million of which are deemed to have less desire for the channel.  If a deal is done with DTV, Pac 12 distribution will be close to 50 million households, with another 30 million possible.  Charter is also a significant holdout at this point in time.

With Big Ten Network around 75 million households, it's pretty naive to think now Pac 12 Network is over the hump with Dish, that they won't start to move towards that number.

As the Pac 12 Network has ramped up the pressure on DTV, some fresh talking points have come out from the other side as DTV has been recycling vague statements on the status of negotiations.

The new company line from DTV from a recent article is the usual smokescreen:

"If the Pac 12 would allow us to make their network available only to those customers who want to pay for it, the channel would have already been on," said DirecTV spokesman Bob Mercer. But, as it still stands, the price is much too high to accept their demand that we make it available to all customers, some of whom will have to take on this unnecessary cost for a channel they don't want.

"We will continue to work with Pac 12 Network to resolve this for the benefit of both fans and non-fans alike."

At face value this makes sense, but the reality is this is just not how it works. Companies always make up an alternate reality where they're open to making every channel be an HBO like opt-in premium channel or part of a premium package. It sounds good, but that's not realistic.

Currently, the comparable Big Ten Network is on 4 out of 5 DTV packages. Despite having more games than the Big Ten Network, the Pac 12 Network doesn't have the same type of zealot fan demand given none of college football's top 25 television markets are in their region and attendance, ratings, and general interest is not in the same league on the west coast as it is in the south and midwest.

That said, the Pac 12 Network has enough meat on the bone that it's clearly compelling enough to warrant national distribution in the ballpark of BTN, albeit at a lower monthly rate. If it didn't, 4 out of the 5 biggest cable/satellite providers wouldn't have already signed up. It's not a half baked idea with 2-3 crappy football games featuring one declining football program *cough Longhorn Network cough.*

At this point, what's left? DTV markets itself as THE sports leader and that's held true up until now. Dish agreed on a price and now DTV is holding out hoping to weather the storm, thinking the other side might give in. It's not happening. You're the last guy in the boat, your peers are already there wondering what you're doing, and now you're just being stubborn and putting yourself in a position to bleed thousands of customers a week. The time spent trying to save face and improving your "street cred" is costing you money, DirecTV.

At this point DTV has to suck it up. People want the channel as you can see below. Not just alumni of those schools, but college football and college basketball fans as well. The funny thing is just like the scene above, in a matter of seconds these two companies can go from trying to kill each other and fighting for fan support, to making up and having a corporate PR makeup session. The bickering and finger pointing can turn on a dime and I'm hoping that happens before we enter October, or else this could get ugly. Hopefully DTV gets over the fact that Dish Network cut in line and does the right thing. If so, they'll continue to wear the crown as the best sports provider you can have… and that's not bad crown to wear.