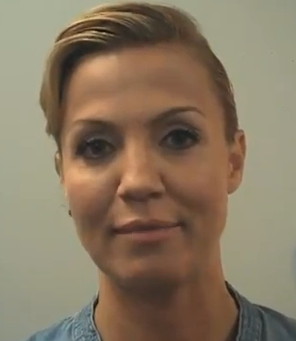 Of the three ESPN free agents that have dominated the news recently (Scott Van Pelt, Erin Andrews, and Michelle Beadle), only Beadle has left ESPN for the possibly greener pastures of NBC.  Van Pelt has stayed put and Andrews has remained very quiet since her ESPN contract expired.  Beadle ultimately left the nest of ESPN to explore a career in both sports and entertainment, which NBC has revealed it will allow her to do across multiple network platforms.  The details include:

-becoming a correspondent for Access Hollywood based in New York City

-appearing on NBC’s coverage of major events like the Olympics, the Triple Crown, and the 2012 NFL Kickoff extravaganza

Most interesting though was finally getting to hear straight from the horse’s mouth.  Beadle had this to say in NBC’s press release:

“I am thrilled to join the NBCUniversal family and to have the opportunity to work alongside many of the most talented and accomplished individuals in the business,” said Beadle. “This gig is the perfect blend of the two things I am most passionate about – sports and pop culture. I look forward to getting back to New York City and immersing myself into a myriad of NBCUniversal platforms, while trying to kick ass and have some fun along the way.”

Perhaps no other paragraph perfectly sums up Michelle Beadle, or better explains why she couldn’t stay at ESPN.  At NBC Beadle will be a presence in the sports world with greater visability at marquee events.  Plus she doesn’t have to spend an hour a day next to Cowherd.  However, NBC Sports Network would be wise to come up with some new programming for Beadle sooner rather than later, before her fans forget about her new home.

Perhaps most interesting though is the fact that the release leads with Beadle’s involvement with Access Hollywood.  As Beadle’s tenure at NBC moves along, it wouldn’t be a surprise at all to see her footprint in the entertainment industry continue to grow.  The major question for NBC and NBCSN will be whether or not the same is true on the sports side.