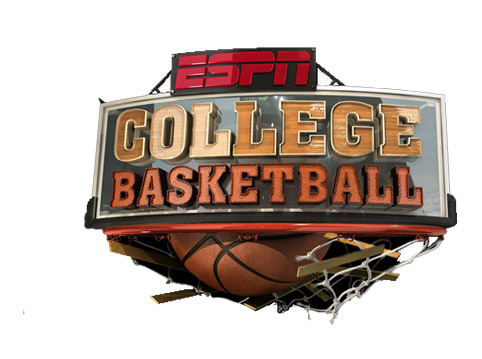 During football season, ESPN typically doesn't announce where they're going for College GameDay until the week before they arrive. It's a different situation for basketball season because the sites for this year's games have been announced already. Don't expect to be surprised with the locales selected for the show, but there are a couple of interesting wrinkles. First is the flex game on February 9th, where the crew will be heading to either South Bend for Louisville at Notre Dame or Cincinnati for Pittsburgh at Cincinnati. The other interesting wrinkle comes on March 9th, where the crew will broadcast the morning portion of the broadcast in Washington DC, and then travel to Chapel Hill for a GameDay doubleheader.

The only non-conference matchup of the ten locations is the opener, with perennial mid-major powers Gonzaga and Butler squaring off. The GameDay crew will also be traveling to just two games in each of the ACC and Big East, and one each for the Big 12, Big 10, Pac 12, and SEC. Butler, NC State, Georgetown, and Cincinnati have never hosted GameDay before, which is a little surprising for the latter two.

As for surprises… I'm pretty shocked that a trip to Cameron Indoor isn't in the cards this year. Also, just two teams outside of the preseason top ten aren't featured at all this year as a visitor or a host: Big Ten schools Michigan State and Ohio State. With conference schedules not fully released yet, we can't sit here and hypothesize possible "better" matchups compared to ESPN's choices, and that will have to wait until later. It's also worth noting that this is the first season of GameDay with Jalen Rose replacing Hubert Davis on the show. Rose's alma mater, Michigan, is featured on February 2nd as they travel to Indiana to take on the Hoosiers.

It's extremely odd that the GameDay location for the kickoff of the football season on September 1st still hasn't been announced, a little over three weeks away from the date. However, a quick glance at the ESPN college football schedule for 2012 gives you a pair of likely candidates: either the Clemson vs Auburn Chick-fil-A kickoff game in Atlanta or the Michigan vs Alabama Cowboys Classic in Arlington. Given the Crimson Tide's status as defending national champion, and Michigan's status as a top-tier national program, I'd assume that the Chris Fowler and his merry band of analysts will be heading to the Dallas area to begin the season.