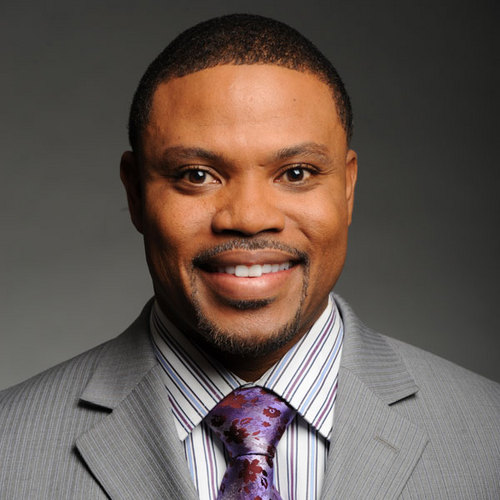 BTN analyst Chris Martin has apparently been certified as a sports agent since 2006, and no one at the network was any the wiser until a report from Yahoo surfaced on Friday.

Martin, a member of Northwestern's 1995 Big Ten champion team, has been working at BTN since the network's launch in 2007. He has not only worked as a color analyst for live games, but also appears in studio on Big Ten Football and Beyond, Big Ten Football Report, and various other studio shows. Martin's dual role as an agent and analyst doesn't violate any NCAA rules (shockingly), but BTN does view Martin's role as a conflict of interest, and will be taking appropriate internal action.

Yahoo contacted Martin for comment, and he responded by calling himself an investor in the firm (OTG Sports Management). The only problem with Martin's statement is that Martin is listed as president and CEO of the firm on their website, and that the NFLPA's website lists Martin as the only registered agent with the agency.

OTG has several clients in the NFL, including a handful of former Big Ten players. While Martin is probably not necessarily violating any NCAA rules with his two jobs, his status as an on-air talent for BTN would give him a competitive advantage over other agents when it comes to recruiting players to his agency. Martin could also influence the draft stock of his players by pumping up their value on-air, potentially leading to them getting drafted too high based on Martin's analysis of their skills and Martin getting a bigger cut of the pie.

Just because this isn't an NCAA violation, that doesn't mean that the situation isn't serious. Martin is a pretty solid analyst, but knowing what I know now, I'd take everything he says with a grain of salt. In my mind, every time I see Martin tout a player's abilities or skill, part of me will be thinking "well, maybe he just wants to represent him, and the player isn't that great." It's a real slippery slope for BTN, and I'd expect Martin to either no longer be with the network or to leave the agency he created once the dust settles on this situation.