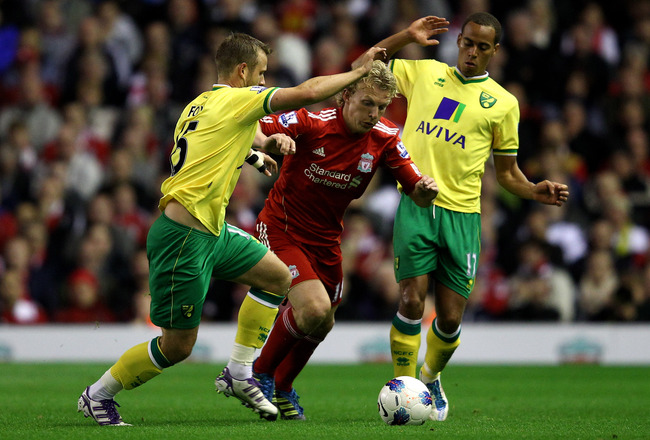 As we’ve documented on this blog recently, soccer in the United States is a growing force on television.  Despite some minor technical glitches, FOX did nothing to embarrass themselves this year in broadcasting the Champions League final between Chelsea and Bayern Munich.  Honestly, the fact that FOX’s coverage wasn’t a major story coming out of the game has to be a definite victory for the network as it seeks to make itself the current and future destination for soccer in this country.  And while ratings were down from last year’s titanic clash between Man U and Barcelona, they were up from 2010 and still quite respectable.

With FOX stabilizing their coverage of the Champions League and promoting the EPL to new heights, they have shown the commitment necessary to be taken seriously by U.S. Soccer fans.  Of course, ESPN has proven themselves as a major destination as well with their award-winning World Cup coverage and EPL action.  And even MLS has an opportunity to grow in its new home with NBC Sports Network.  At no time has the sport of soccer ever been in a more favorable place for the present and future than it is right now.  But, what if I told you much of the work put in to growing the game on these channels might be at risk?  That a new television force may be laying in wait to turn the entire landscape of soccer on American TV upside down.  And what if I told you that force that could change soccer as we know it was… Al Jazeera.

That’s right. All credit is due to The Gaffer at EPL Talk for being all over this story from the very beginning.  But even the most hardcore of soccer fans might find themselves asking why an Arab news network would care about televising international soccer in America?  Well, the Qatari-based network has already been making news in Europe with its expansion into starting up sports networks.  In France, Al Jazeera has bought rights to televising the Champions League and Ligue 1, France’s top domestic league, for their new beIN Sports networks.  Here in the States, Al Jazeera is making plans to create a noticeable footprint with an American sports channel, and it’s looking at basing its new network on as much soccer as it can get its hands on, including possibly the English Premier League.  In fact, it’s already started.

Recently Al Jazeera has announced the launch of a beIn Sports network here in the U.S. and it’s already begun obtaining rights to international soccer leagues.  The Italian league (Serie A) and Ligue 1 that used to find their home on Fox Soccer Channel and Fox Soccer Plus will be on the new beIN Sports station starting this fall.  Copa America and South American World Cup Qualifying will find their home there and beIn Sports has also won rights to La Liga in Spain, the home to teams like Real Madrid and Barcelona and stars Cristiano Ronaldo and Lionel Messi.  The move from GolTV to beIn Sports cripples GolTV who previously made La Liga the centerpiece of their network’s soccer coverage.  In fact, the dominoes have already started falling as talented GolTV play-by-play man Phil Schoen has left GolTV for the new startup.  One wonders if his partner Ray Hudson, one of AA’s favorites, can’t be far behind.

But, the U.S. rights to these other leagues are small potatoes compared to the big fish in the pond, the English Premier League.  The rights for EPL broadcasts in the U.S., England, and Europe will be up for grabs later this year, and it could be the single most intriguing battle in the sports media landscape.  For a brief time, it was rumored that Al Jazeera was looking to enter into a bidding war in England with Rupert Murdoch’s Sky Sports to broadcast the EPL.  However, that doesn’t look to be the case anymore.  Does that mean beIn Sports is loading both barrels for a run at U.S. TV rights?  Would FOX and/or ESPN be willing or able to compete with the the new kid on the block for rights to broadcast the EPL here in the U.S.?

It’s almost certain one of the three will get the 2013-2016 EPL rights in the U.S.  But depending on which network succeeds, the results will be dramatically different for fans of the most popular league in the world.  If FOX wins the rights, they will have a stranglehold on the EPL and Champions League, the two most popular and profitable club soccer competitions in the world.  Truly, FOX would be the place for the highest quality of soccer in this decade.  If ESPN wins, they would see the balance of power in televising the sport shift their way before giving up World Cup rights to FOX in 2018.  Currently, ESPN only gets EPL games that are sublicensed out by FOX.  So, one has to wonder with college football and the NFL already dominating weekends from August to February if there’d be room for expanded EPL coverage at the WWL.

Then, there’s the wild card of Al Jazeera and their new beIN Sports network.  If they really, really want EPL rights in the U.S., they will get them.  It’s just hard to believe that even the likes of FOX or ESPN would be able to compete in a bidding war.  But, if the new network were to win EPL rights, it could create a nervous time for American soccer fans.  And please, don’t take this as some xenophobic stance against Al Jazeera.  Any added competition in the sports media landscape should be welcomed, no matter the source.  And in the long term, the new beIn Sports networks could be a success here in the United States.

But, in the here and now, there are just too many questions left unanswered.  How quickly would the channel be available?  What kind of distribution would it get?  The NFL Network isn’t even available yet on Time Warner Cable, and it’s been in existence since 2003.   At the moment, beIn Sports has hinted at “two major deals” for distribution, but details aren’t yet available.  Would beIn Sports be a premium network that required the extra fees of a “sports tier” from satellite and cable providers?  What would the production quality be of a brand new network?  How about the broadcast talent?  What would happen to the visibility and accessibility of the Premier League in the states?

In short, a move of the EPL to a brand new network that few have access to would severely reverse much of the momentum that soccer in this country has been building since the 2010 World Cup.  The high quality broadcasts that didn’t treat soccer as some carnival act on ESPN.  The bold step to televise soccer on broadcast TV side-by-side with the NFL on Fox.  The EPL has become America’s weekly soccer league of choice on television.  If the league disappears to a new satellite network few fans are even aware of, much of that progress could become lost.  This is a story that anybody who cares about growing the game in this country should be following in the months to come.