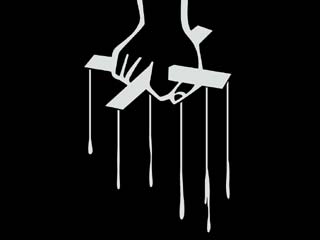 Last week I pummeled ESPN on how they’ve utterly failed to capitalize on the college recruiting subscription business. While we can be known as an “Anti ESPN” blog we generally give them props when they’re deserved. With that in mind, I find myself somewhat floored by the Bobby Fischer-esque chess game they’re playing as the ACC will now submissively sign an extension with ESPN that will run through 2026.

At first glance, it looks like the ACC is coming out a winner and in many ways they are. They added Pitt and Syracuse, which triggered the ability to renegotiate with ESPN. The rumored extension will close the gap on television revenue per school comparative to schools from other BCS conferences. From SBJ:

“Under the new terms that are being negotiated, each of the ACC’s 14 schools can expect at least $14 million to $15 million a year, sources said, depending on how negotiations between the conference and ESPN conclude.

That would help the ACC close a fairly significant annual revenue gap with other major conferences. The Pac-12 and Big Ten each are distributing close to $21 million per school a year. The SEC’s deal provides $17 million per school, and the Big 12’s schoolseach average $15 million.”

Currently ACC schools get about $13 million a year but as CBS pointed out, there is also an increase in travel budget as the league expands. More importantly, barring further expansion or something unforeseen, the ACC is about tapped out in terms of television monetization and are locked into their current deal until 2026, fourteen years from now. To put that in perspective, 14 years ago Roger Maris still held the single season Home Run record and Bill Clinton was giving us a very finite explanation of what constituted as sex.

What makes it worse for the ACC is that generally speaking the short term and long term outlook for sports media rights and in particular college sports rights are very bullish with Fox and NBC ready to pounce on anything ESPN doesn’t retain. Unlike the Pac 12 and the Big Ten, who have or will soon have their own networks, the ACC won’t have another avenue to raise their television revenue. The Big Ten and Pac 12 have shrewdly allowed themselves the opportunity to control their own destiny as their networks can ramp up carriage fees, distribution, and advertising revenue over time.

Having contentiously rejected an offer from ESPN for an extension on a deal in 2004, The Big Ten was back at the table knowing their rolling of the dice had worked and they were now in a position of power.

The BCS games minus the Rose Bowl were about to migrate over to Fox. ESPN knew that Fox desperately needs to add regular season games or else the BCS games will be somewhat of an oddity stranded on Fox without any regular season programming. With the Big Ten flirting with Fox, ESPN shelled out a billion inking the conference to a ten year deal knowing this long term contract would not only foil Fox’s foray into college football but also be a cash cow, especially towards the end of the contract. Looking back, this deal was a bargain for ESPN as a golden era of sports rights fees were just on the horizon.

Although ESPN was able to work out a deal that worked in their favor, The Big Ten also comes out as winner as they carved out the ability to create their own network giving them a big leg up in future expansion and general television revenue.

ESPN then also reaches a shorter 6 year deal with the Big East which per year will pay the Big East 1/3 a year what the Big Ten got. Fox is boxed out again and the deal leaves the Big East very vulnerable as they pass on launching a network.

Cutting the legs out from under FOX in addition to negative reception of the quality of their broadcasts, ESPN wins back the BCS rights. Fox’s college football experiment got to the point they were rumored to actually look to cut their losses and sell back their last year of BCS games to ESPN.

Under the guise of “the economy is scary,” ESPN gets the SEC to sign a whopping 15 year deal and one that won’t allow the conference to launch their own television network. CBS continues their relationship with the conference as well. Already three plus years into this deal, both the price-tag on this deal and the length of it have deemed it a fairly lopsided deal for ESPN.

The SEC’s only remedy given they are unable to launch their own network will be via through expansion.

After some back and forth bidding with Fox, ESPN retains the ACC. Fox again is shut out and ESPN locks the network into a twelve year deal that yet again limits a conference from launching their own network. Within a year, when the Pac 12 hits major paydirt on the television revenue front, it’s clear the ACC is in a bad place and the only way out is to expand.

ESPN reaches partnership with The Longhorn Network. Although it’s been a disaster thus far, the deal ensures two things:

– The Big 12, a conference that’s contract is up for bid shortly and not guaranteed to stay with ESPN, will likely have its top schools approached to switch conference affiliation.

– Whatever happens to the Big 12 in terms of conference makeup and television partners, ESPN has a long term relationship in place with the most popular school in the conference and maybe even the country (shivers).

ESPN tries to get the Big East to agree to an extension to their deal. The Big East declines, leaving some money on the table in the short term. The target is now on the Big East’s back. Their schools are making very little money off television revenue and they seem inclined to leave ESPN for perhaps NBC. ESPN is now incentivized to use their influence to get conferences looking for more money to target Big East schools. This will either decrease the amount of money ESPN will have to pay the Big East or decrease the significance of the television package that NBC or someone else will acquire when the conference rights end in 2013.

The streak is over. Fox wins a television deal although Nebraska and Colorado have already jumped ship. With other conferences looking to expand and the Big 12 being more dysfunctional than the house in The Bad Girls Club, it seems pretty clear that conferences were nudged to make overtures to Big 12 teams. In the months after, both Missouri and Texas A&M bolt from the conference to the SEC who has a long term relationship with ESPN. While it would be easy to say ESPN pulled the strings here, the general dysfunction and economics were the real drivers of the decision. That said, ESPN benefited and likely encouraged the poaching.

College football is now a three network party with Fox joining with the Big 12. NBC is poised to now enter the fray as well by snatching the Pac 12 television rights. Yes, they already have Notre Dame but that’s just not enough meat on the bone to build around. In what was one of the more shrewd partnerships in media, ESPN extends the olive branch to Fox and jointly outbids NBC. Starting next year, ESPN and Fox will split Pac 12 television rights. ESPN had no chance to retain the rights on their own and would have been competitively in a worse place if NBC won this package. While sharing with Fox isn’t ideal, it’s was the best possible outcome.

The Pac 12 also carves out their own network.

The ACC carries out the hit job on the Big East leading the Big East to scramble and get ridiculously creative in how to sure up the conference. From the Boston Globe’s great report on the ACC’S expansion quoting Boston College AD Gene DeFilippo:

“We always keep our television partners close to us,’’ he said. “You don’t get extra money for basketball. It’s 85 percent football money. TV – ESPN – is the one who told us what to do. This was football; it had nothing to do with basketball.’’

The end result is a conference ESPN currently has the shortest remaining time with under contract getting picked apart by the conference locked into the most long term uncompetitive television contract with ESPN as Pitt and Syracuse jump ship to the ACC. Shortly after, West Virginia leaves the sinking raft (which started losing air when the Big East declined the ESPN extension) and jumps to the Big 12, another conference with a long term relationship with ESPN.

The ACC collects their bounty for their hit job on the Big East, bringing in a new influx of revenue that will kick in when the Big East schools join. The ACC deal is now extended to 2026 and while they definitely improved their position, this deal is tilted to ESPN’s advantage once again and for a longer time.

Who the hell knows. But some logical takeaways are worth a shot:

– ESPN saw the competition coming and knew long term deals would box out their competition as well as be more profitable than shorter term deals… and by a large margin.

– ESPN knew conference networks would be a cash cow and looked to prevent conferences from going that route by throwing money around in the short term.

– Conferences that ESPN couldn’t lock into long term deals or extensions had their long term viability undermined by ESPN.

– ESPN has shifted focus from blocking Fox from the college football game to NBC. The Big East’s situation is obviously very interesting, but the Big Ten’s ten year deal (thought to be very lengthy at the time) is now looking to be a major pay day a huge showdown between all the networks.

– The additions of Missouri, Texas A&M, Pitt, and Syracuse to the ACC and SEC all represent large television markets and schools that have some level of clout or pedigree in both basketball and football. With these additions, ESPN has extended the lead of the SEC as the best football conference and has put the crown back on the ACC for top basketball conference.

Well done ESPN. Everyone else was playing checkers while wou were playing chess.