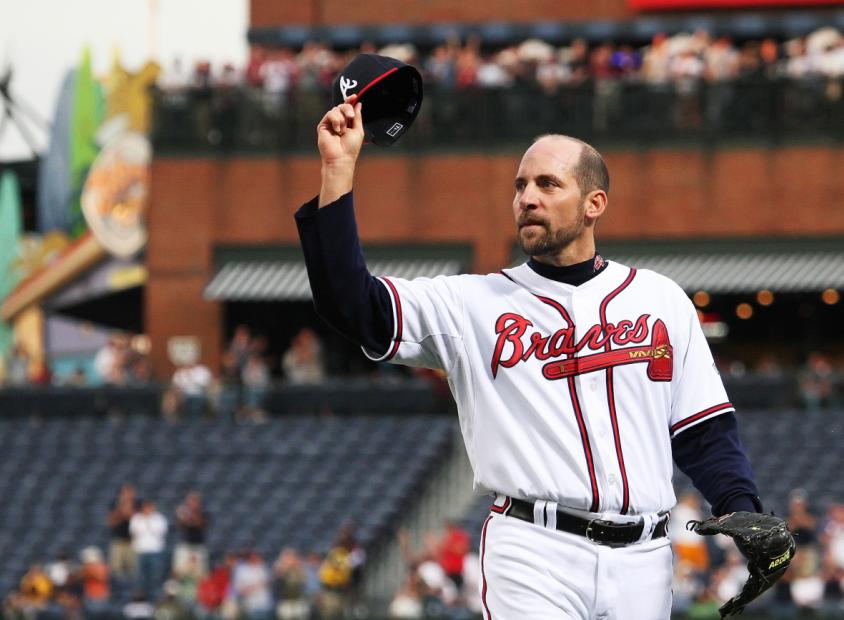 It’s hard to believe TBS has been broadcasting part of MLB’s postseason since 2007.  In the years since their debut on the big stage, TBS has gone through some major growing pains.  Gone (thankfully) is Chip Caray as the main play-by-play voice.  Gone are some of the production snafus that plagued TBS in some of its early broadcasts as a national baseball broadcaster.  And hey, at least they don’t have Joe Buck and Tim McCarver.  However, as this 2011 postseason has taught us, TBS still has some way to go to be a completely respected source for baseball’s postseason, even if they have improved since 2007.  So with another playoffs under their belts, let’s examine the good, bad, and ugly of TBS’s postseason coverage.

-Although none of the announcers TBS employed have a one-way ticket to the Hall of Fame, their stable of announcers showed a remarkable amount of quality depth.  Brian Anderson, who broadcasts Brewers games during the season, stepped in quite admirably for the network’s normal #1 Ernie Johnson.  It was unfortunate that Johnson couldn’t broadcast the postseason due to a family health issue, but Anderson stepped in and showed there are some up-and-coming young announcers in the game.  Behind Anderson, Victor Rojas (of the Angels) also scored plaudits for his work in the NLDS between Arizona and Milwaukee.  TBS also showcased a great stable of analysts led by John Smoltz, Bob Brenly, and Joe Simpson among others.

John Smoltz especially showed improvement in the booth with his prescient analysis, such as when he predicted Delmon Young would be swinging at the first pitch in Game 3 of the ALDS before the Tigers OF hit a first pitch home run.  In the future, Smoltz could truly develop into one of the game’s best analysts without being handcuffed by fellow pitcher Ron Darling, who was often redundant in a three man booth.  The studio crew led by Matt Winer was also tolerable, although Cal Ripken, Dennis Eckersley, and Mitch Williams David Wells won’t be pushing Inside the NBA for an Emmy anytime soon.

-Give credit to TBS for continuing to push the technology envelope during their postseason broadcasts with PitchTrax, which charts balls and strikes during every at-bat.  Fans seem polarized on the annoyance of the added graphic, and the PitchTrax doesn’t exactly seem to have the best accuracy either.  But, it is enjoyable to see it chart the trends of a pitcher during a single at-bat.  There was graphical evidence there for analysts to use to show if a pitcher was trying to paint the corners or was staying away from a dangerous hitter.  Sure, it might need to have the bugs worked out, but the graphic is more informative and less distracting than ESPN’s K Zone, which has begun to be superimposed over home plate during at-bats.  While some may disagree with PitchTrax, I’ll bet there were some who didn’t like the 1st and 10 line either.

–Unfortunately, although TBS has made some positive steps in their coverage, baseball ratings as a whole continue to slide.  The NLCS between the Brewers and Cardinals was down 43% from last year’s Rangers/Yankees ALCS.  Meanwhile, FOX’s ALCS coverage this year also slid by about 20%.  The suits in the boardroom at FOX have to be concerned as well about the potential ratings for this year’s Rangers/Cardinals World Series coming off the heels of last year’s record low ratings for Rangers/Giants.  So, what can TBS do to boost their poor ratings?  For one thing they probably could go five minutes without playing “Written In The Stars” for the 837th time.  In fairness though, baseball’s poor ratings aren’t the fault of any network on its own.  Rather, it’s a systemic marketing problem for a sport that continues to lose young viewers.  As @tvsportsratings pointed out, the median age of TBS’s postseason viewers was 8 years older than Monday Night Football.

No less an authority than Peter Gammons told Matt that this year’s Brewers were among the most fun teams he’s ever covered in the sport… yet few cared to watch them in the playoffs.  Is the issue with the non-stop YANKS/SAWX nonsense that is shoved down our throats by MLB and their TV partners?  What about MLB’s complete inability to market new stars (Ryan Braun, Nelson Cruz) or established stars (Albert Pujols, Josh Hamilton)?  What about the persistent pace of play issue in an ever-quickening society?  In the end, it’s probably all of the above and more, which isn’t exactly a quick fix for Uncle Bud… if he’s still awake that is.

–TBS continues to suffer from sloppy production, which was none more evident than in Game 1 of the ALDS between the Tigers and Yankees.  First, TBS randomly cut away from Tigers/Yankees to Red Sox Rangers/Rays, an inexplicable mistake for a network televising postseason baseball.   Even more amazing, TBS then missed a diving catch by Nick Swisher when their cameras weren’t focused on the on-field action.  Combine these production faux pas with numerous screengrab snafus (patent pending), and TBS has shown it’s still not quite ready to be considered an elite operation.

-Two words: Dick Stockton.  Yes, Stockton is and was a legendary announcer… key word being WAS, in like 1975!  You have to respect what he has meant to broadcasting, but he’s simply not that same announcer anymore.  Somehow not one, but two networks continue to employ Stockton to broadcast meaningful football and baseball games.  Stockton’s football broadcasting has become so littered with goofs that we now have The Dickies.  Now, unless you’re a fan of the NFL team that Stockton happens to be broadcasting, it can be humorous to enjoy the gag reel his announcing has become.  But, how can TBS justify employing Dick Stockton for PLAYOFF BASEBALL!  Is he truly one of the Top 5 available baseball pbp men in the country?  It truly boggles the mind.  All you have to do is to peruse this selection of Real Tweets From Real People chronocling his personal postseason madness.  Besides cleaning up their production issues and their annoying marketing campaigns, the best step TBS can take to become a top notch outfit would be to let Stockton ride off into the sunset before the next postseason.

Update: And, after Fox fooled around with headlines regarding Jay Cutler, our friend Tim Burke at SportsGrid pointed out TBS faking headlines and plagiarizing real articles in a bizarre, stupid, needless series of events.  The truth is that this fiasco was probably worse than what Fox did to Jay Cutler.  You can read all the details here.