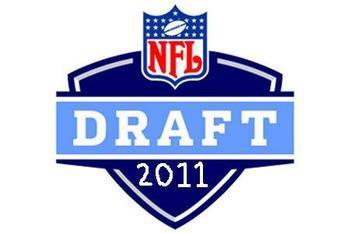 It was a new experience last night for viewers watching ESPN’s NFL Draft coverage.  Gone were the days of 25 analysts crammed on the main stage all fighting for the little bit of talking time between picks.  Gone were endless cutaways to team sites and war rooms.  Instead, ESPN went all-in with the tandem of Mel Kiper and Jon Gruden.  So, how did the leaner and meaner NFL Draft coverage grade out?  Let’s go through the good, the bad, and the ugly to give ESPN’s 1st Round performance the proper evaluation.

-The reduced main set with Gruden and Kiper was a classic example of addition by subtraction. Last year’s 1st Round was ruined by Steve Young dominating analysis without saying anything of substance.  The revolving door of NFL analysts brought in by ESPN over the years (Tom Jackson, Keyshawn Johnson, Michael Irvin, etc.) all seemed more interested in making sure their voice was heard instead of analyzing the draft.  Reducing the circus to the duo of Kiper and Gruden allowed the two analysts to shine.  Instead of waiting for Steve Young to finally stop talking, we finally got our money’s worth from Mel Kiper, who was able to give the type of analysis this year that he had to cram into 30 seconds in previous years.  What little debate there was between Gruden and Kiper allowed both to shine as well.

–Gruden especially was on top of his game, separating himself from the pack of ESPN’s NFL analysts with a tour de force performance.  With the extra time allowed by the slimmed down set, Gruden was able to showcase the insight everyone loves from Gruden’s QB Camp.  The scouting reports ESPN had from Gruden and Kiper were very informative, especially the 2 pages of adjustments Gruden suggested Cam Newton would have to make to be successful in the NFL.  The extra air time given to Gruden also allowed him to actually get into some of the concerns he had for each player.  And while Gruden was still largely positive, he wasn’t the one-trick “I LOVE THIS GUY” pony that he can revert back to at times.  While Gruden still isn’t the perfect draft analyst (more on that later) his attention to detail and clinical breakdown of each prospect from a coach’s perspective was a breath of fresh air.

–Mark Ingram’s moment, although contrived by ESPN and Suzy Kolber, was still an emotional moment.  Seeing the former Heisman Trophy winner read an email from his father (currently in prison) allowed all of the emotion of the draft to bubble to the surface.  And while I’m normally not one to accept such made for TV moments, the connection of father and son was worth the manufactured drama.

-Although it was a minor detail, I was relieved ESPN chose not to use Adam Schefter and Chris Mortensen to spoil every pick before it happened.  The revealing pictures of young men getting a phone call they had dreamed their whole lives about was more than enough.  Once again, ESPN decided to scale back the on-screen presence of Mort and Schefty and it worked.  For those who wanted to be in the know, Schefter was again a Twitter maniac, which is exactly the proper forum for tipping potential picks.

–Not addressing boos of Roger Goodell before the NFL Draft started was a major misstep by ESPN.  As Deitsch pointed out on Twitter, even the NFL Network acknowledged the awkward scene of Commish Goodell getting booed off the stage by angry fans who saw him as the face of the Lockout while trying to have a moment of silence for those affected by the storms in the South.  ESPN did a good job addressing the Lockout at the top of the 8pm coverage and then focusing on the Draft.  But, they could have done a much better job recognizing one way this Draft was unlike any other.

-While for the most part less was more for ESPN, the contributions of other on-air personalities (Suzy Kolber, Ed Werder, and Mark Schwartz) was largely useless.  While at first it was shocking to see Ed Werder somewhere besides Brett Favre’s bushes or Jerry Jones’s parking spot, his report from Denver was pointless.  Mark Schwartz’s big revelation from Minnesota was that he was texting with GM Rick Speilman about trading down, only to see the Vikings reach for Christian Ponder.  And Suzy Kolber, despite her tender moment with Mark Ingram, largely kept her interview questions to simple softballs.  Kolber’s most glaring omission was refusing to ask #1 Pick Cam Newton about the mixed reception he received from the fans at Radio City Music Hall.

-The one dislike that remains with Jon Gruden’s performance was his unending QB love.  Maybe it’s because Gruden is a former QB himself, maybe he’s become attached to the QB prospects while filming his QB Camp, but the way he analyzed each player, it seemed he felt every QB taken was destined for future Pro Bowls, if not the Hall of Fame.  Only when pressed by Kiper did Gruden admit none of the QBs drafted was ready to play right away.  On Jake Locker, Gruden referred to himself as a “Locker Stalker” and “Loved It” when the Vikings undoubtedly reached to take Christian Ponder. In fact, the R-word never appeared on ESPN’s coverage until SportsCenter after the 1st round was over, a total oversight.

–The worst omission on ESPN’s Draft coverage was not acknowledging the 10,000 pound elephant in the room when the Panthers chose Cam Newton…Jimmy Clausen.  Last year, Mel Kiper had Clausen ranked as the #4 prospect, only to watch him fall all the way to the 2nd round. The Panthers choice of Newton at #1 clearly was not a vote of confidence for the former Notre Dame QB and yet, Clausen’s name never once came up during the discussion of the 1st pick.  Was ESPN trying to make us forget about one of Kiper’s most embarrassing evaluations?  Was ESPN trying to make us forget about the whispers of a relationship between Kiper and Jimmy Clausen’s agent? Whenever Kiper is right, ESPN is quick to toot his horn as the predominant draft expert on the planet. Yet, when Kiper clearly had egg on his face this year, ESPN ignored it completely.

-And at the bottom of the barrel, we have the walking caricature of himself, Chris Berman.  From his bumbling and stumbling throughout much of the coverage, to his tired act of puns, nicknames, and random shouting, Berman was an annoyance that just wouldn’t stop.  It only took Berman 8 picks to bring up the name of Brett Favre when the Titans picked Jake Locker.  Favre naturally came up again through Berman when the Vikings chose Christian Ponder.   All in all, Berman’s role as anchor was what NFL fans have come to expect from the ESPN institution, which isn’t a compliment. Much like Dick Vitale, Berman’s charade has worn thin for a generation of fans throughout the years. The NFL Draft, a haven for hardcore football fans, isn’t the best forum for Boomer’s antics and ESPN’s coverage would greatly benefit from dumping Berman for someone like Trey Wingo, a silky smooth performer who wouldn’t seek to overshadow the Draft with his oversized personality.

Last year’s NFL Draft Coverage was an unmitigated disaster.  The amount of chaos provided by the cast of thousands last year (especially the non-stop “analysis” from the likes of Steve Young) made the viewer feel suffocated.  This year was a marked improvement and was probably the most enjoyable experience I’ve had watching a draft on ESPN in years.  If anything, maybe ESPN has finally learned a lesson that less can be more.  For an overall grade, ESPN’s 1st Round coverage this year deserves a solid B, with room for improvement by taking Chris Berman back, back, back, back and gone.