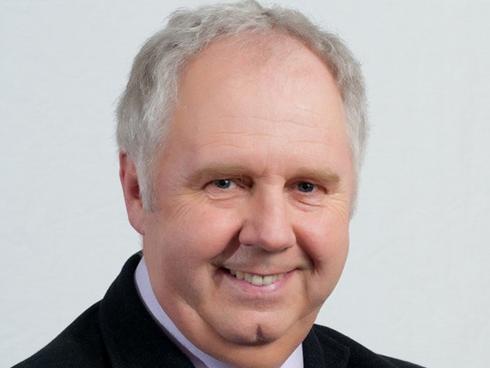 The USA-Brazil World Cup game captivated the country due to the dramatic nature of the American comeback victory in penalty kicks.  The USA had to deal with the adversity of several terrible calls going against them and come from a goal down and a player down in extra time to force a shootout.  Of course, Abby Wambach and her heart-stopping goal was the moment that stood out.  But, on the announcing side, it was once again ESPN’s lead soccer commentator Ian Darke that received the plaudits.

Normally, we save Real Tweets from Real People for the times fans laugh at, criticize, or lampoon announcers or sports coverage on the negative side.  Darke’s soccer commentary on the other hand, motivated fans watching to praise his work on Twitter, which is quite an astonishing feat, really.  Fifteen months ago, Darke was a little-known-in-the-States English Premier League announcer, only recognized and appreciated by the hardcore soccer fan.  After his outstanding work at the 2010 World Cup, ESPN hired him full-time as their lead soccer voice, largely due to the passion and excitement of his call of Landon Donovan’s goal against Algeria.  It was there that Darke established almost a cult-like following and he has been truly magnificent since, broadcasting ESPN soccer games from the EPL to this Women’s World Cup, and an occasional MLS game or two.

It takes something special for fans to single an announcer out for praise and Darke is well deserving.  He’s long been one of Britain’s best announcers, but is finding success now working in the US.  His calling of the game has the classic British style, but Darke also has a bit of Americanization in the excitement of the big moment.  That’s why he may be a better fit in the States than the classy Martin Tyler.  Darke successfully captures the story of the game (noting the awful officiating and the difficulty of the miraculous US comeback) while also letting the game speak for itself at just the right time.  As we’ve said for a long time, Ian Darke’s full-time hiring at ESPN was one of the network’s best decisions in recent memory.

Just look at what his presence has meant for the Women’s World Cup on the network.  Darke lifts the entire coverage and it tells sports fans that may not necessarily be fans of women’s soccer that this is a world class event.  Gus Johnson is perhaps the only current announcer in sports that can inspire fans with commentary in the way that Darke was able to do on Sunday.  It doesn’t matter that he’s not an American, we watch the EPL for the same reason – it is simply the best.  As always, these are Real Tweets From Real People…

BrianMFloyd Ian Darke is just magic for US national teams
PatrickSull Ian Darke is about as good at his job as anyone I can think of.
KevinGehl Ian Darke is the new Gus Johnson. When he’s in booth, @ussoccer finds that late goal in a thriller. See: Landon and Abby. @awfulannouncing
BryanDFischer: Ian Darke‘s performance calling this game was just as good as the game itself. Masterful.
MFollowill God I love Ian Darke…(and the USA too!)
carter790 Ian Darke is one of the best announcers in any sport. #worldcup
aarongoldfarb We need Ian Darke to announce everything. The man is a genius.
GAlbaneseJr Ian Darke is doing a great job calling this match. He’s giving me goosebumps. #uswnt #wwc2011
billvoth Ian Darke should be on the call for every single American sporting event.
joeynowak I could listen to Ian Darke do play-by-play of people getting on and off the subway. Brilliant bit of commentary there, really.
oegrav Ian Darke should be given honorary American citizenship. Right now. Get on that, @BarackObama
DaMattHook There’s a YouTube video dubbing a Gus Johnson call over the Wambach goal. I don’t mind Johnson, but you cannot do any better than Ian Darke.
TreyMongrue_BBI The best part about the Wambach goal was that Ian Darke got to make another miraculous call. #honoraryAmerican
dangjim Ian Darke is the best, by far. #worldcup
lildrummerboy10 @awfulannouncing Ian Darke was nothing short of brilliant again…”OH CAN YOU BELIEVE THIS?!?”
MarkACevallos As great as all of that was, the real star of this show is Ian Darke. He and Gus Johnson are like magnets for dramatic finishes.