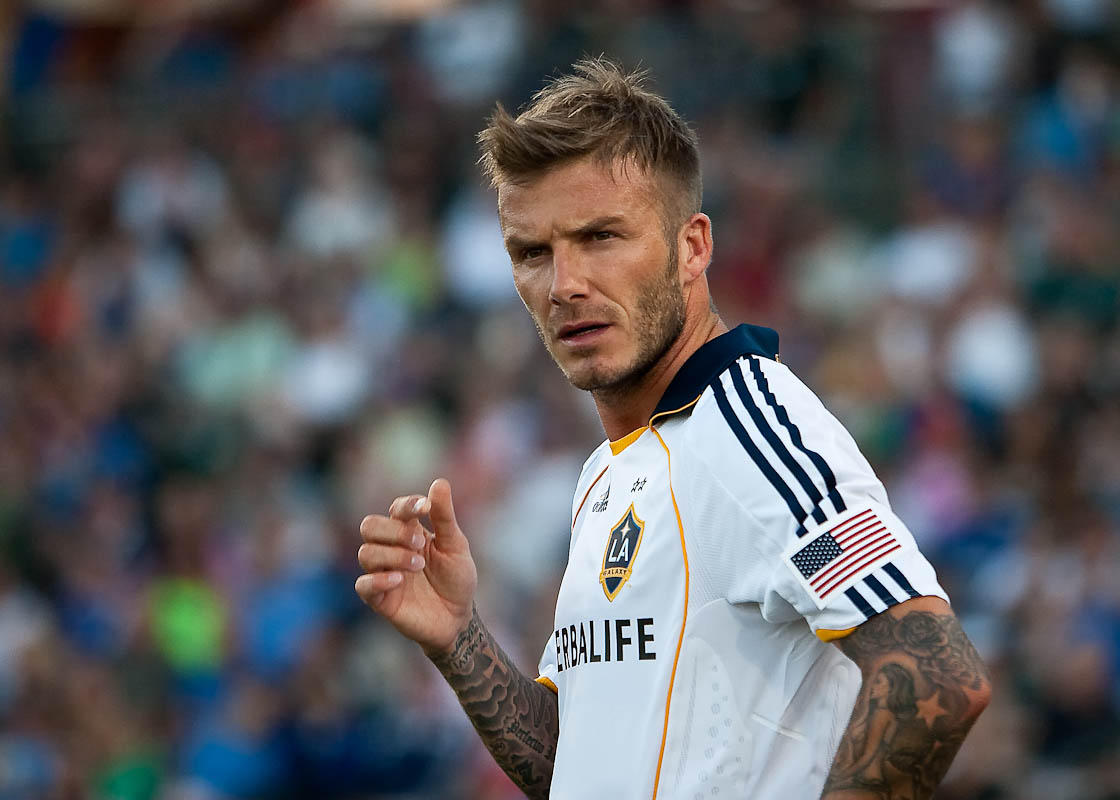 Major League Soccer’s dream finally became a reality last night as the Los Angeles Galaxy won the MLS Cup, defeating Random MLS Team That Wasn’t LA Galaxy 1-0.  But really, the night was all about one man – David Beckham.  Yes, the man that was supposed to take MLS mainstream.  How’d that work out?  Becks can’t be faulted for a lack of effort, I suppose.  (Wait, maybe he can.)  After all, he committed so much time and energy to growing the sport in America while playing for AC Milan in Italy all those months.  With injuries and his desires to keep going back to Europe, Beckham has been a major disappointment as the face of MLS in relation to his kingly arrival.  With Beckham’s massive five year deal with the Galaxy expiring and rumors of a deal with PSG in France on the horizon, last night’s MLS Cup Final may have been the last game for Becks in an LA uniform.  As a frequent attendee of MLS games, there’s a lot more I could say about Beckham and the league, but I’ll only say “meh.”

So in last night’s MLS Cup Final, ESPN tried to cram five years of hope and hype of the Beckham Era into a two hour lovefest.  The admiration John Harkes had for every step Beckham took on the pitch made Skip Bayless seem lukewarm on Tim Tebow and even the great Ian Darke fell into the storybook Beckham “drama.”  It was the Hollywood ending to Becks’ time in Los Angeles that MLS so desperately craved and the television coverage was more than happy to slurp it up.

That’s where we come in.  As always, these are Real Tweets from Real People…

GSElitist John Harkes has been kicked out of every silent retreat he’s attended. Fact.
cmeidt Because of John Harkes I am gonna learn Spanish so I don’t have to listen to him.
StuTNB David Beckham chases after a ball, is fouled, is “brilliant” according to Harkes. Easily pleased tossbasket.
YanksAreComing John Harkes: “It’s David Beckham. If he feels it, ya gotta let him do it.” Why soccer in America?? I say why not.
devindrumheller Watching the MLS Cup final, John Harkes describes David Beckham as “brilliant” for … running? Really?!
dkurtenbach Harkes should go to the doctor, he’s been thinking of Beckham for the past four hours.

Randy_Narine Yo Ian Darke, stop setting up John Harkes to go off on his hard-on for Beckham #MLSCup
ClayWar Wow Ian Darke – you win the top prize for Beckham butt-kissing this year. A new MLS award – good job!!!
MarkHenty “Beckham has been the best player on the pitch by some way” by Ian Darke. FFS! So sick of this total wankfest 60% passing is not great!
BenMcKee Ian Darke as Beckham prepared a free kick: “Is this a moment of destiny for him?” Beckham biffs it into a wall. #ClassicCall #MLSCup
robbiebaum MLS to ESPN: “make sure to talk a whole lot about Beckham so people think this thing was a good idea. Thanks.”
DaxMcCarty11 #MLSCup 1st half thoughts: John Harkes likes David Beckham and thinks he is good at soccer.

jamessharmanEspn setting up a sick Beckham winner to compare to Jordan’s 38pts with the flu. Marketing genius. #hero
RedMancunia The ESPN pundit just called David Beckham ‘the Prom King.’ What have I signed myself up for tonight?!
Kingrich3 I wish the ESPN commentators stop talking like the MLS is Gonna fail is Beckham leaves.
Gustavo_Destro First two question to Donovan (match MVP) are about Beckham. Like, ESPN doesn’t even try to disguise it, do they?
tweetcolintweet MLS final was so whack. Dear espn, not everyone wants to hear about David Beckham every minute
NinjaPancakes #mlscup ESPN announcers should just get the foreplay over with and have sex with Beckham already.
PitchPass David Beckham is playing harder than any player ever in the history of sport. #harkes
alexwarneke ESPN: Welcome back to the Becham Half. The Beckhams will kick off attacking the Beckham goal. The score is tied, Beckham to Beckham.