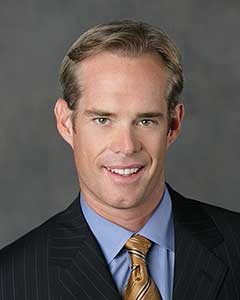 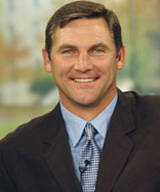 Voting is currently ongoing for the Joe Morgan Memorial Tournament Final between Craig James and Joe Buck.  To mark the occasion, we turned to the AA Staff to get some of their takes on who to vote for in the final.  Vote as often as you’d like until the final poll closes Friday night at midnight, but take a moment to read over our thoughts on who should take that final spot on Awful Announcing’s Mount Rushmore and tell us whether you agree or disagree.  Is it #TeamBuck or #TeamJames?

Ben Koo: As much as I want to knock that grin off of James’ smug face, I have to go with Joe Buck here. As a sports fan James is much easier to avoid given he’s limited to college football and just one of dozens of key personalities covering the sport for ESPN. It’s easy to hate him for his slimy tactics over the years and his generally poor efforts as an announcer, but he’s much easier to avoid than Buck and is probably on his way out at ESPN regardless. The guy certainly deserved to be fired and banished for his despicable actions in regards to Leach but from an on air quality perspective, there are dozens of folks at ESPN who are worse than James, and more than a handful covering college football. He’s a smarmy scumbag but I don’t want that to blur my judgement in terms of who is the worst announcer.

Every Time Fox bids on new programming, I shudder at the thought of Joe Buck tainting more things I like to watch. World Series TV ratings have been cut in half since Fox took over. A lot of that is not on Joe Buck but there is little doubt that his style and lack of flair doesn’t do much to bring in and retain casual fans. On the NFL side, I never thought he was that terrible until this year when that Vikings game got moved to Monday Night and was competing with Monday Night Football. Every time I flipped to Buck’s Fox broadcast, I realized how much better ESPN’s Monday Night crew and production was than Fox’s.

From top to bottom, Fox’s well of talent is drier than a Mormon bachelor party. If Buck wasn’t the top guy for both MLB and NFL, than maybe I’d hate him less for his blandness. The infamous talk show debacle didn’t help and what does it say that there wasn’t really any sympathy for Buck after Artie Lange ambushed him. He is somebody I don’t enjoy watching, doesn’t add anything to broadcasts, rubs me the wrong way, and is someone I wouldn’t even want to grab a beer with. Given it took quite an effort to get Morgan off of ESPN, let’s buckle in here against Joe Buck. Your outrage wants James gone but logic says Buck is worthy of the crown.

Ryan Yoder: At first, I wasn’t sure Craig James belonged in the upper echolon of awfulness like that walking caricature (Berman), that smug, race-bating douchebag (Cowherd) or the condescending bore (Joe Buck).  Let’s face it, Buck is terrible and there’s no way he should be broadcasting events like the Super Bowl and World Series, let alone for multiple years.  People may argue Buck isn’t all that bad, but really, he is.  Buck’s tired act (the “wish I wasn’t here” attitude, the lame jokes, the smugness) brings down the quality of the telecast so much that it ruins the special feel of the most special events on the calendar.  You don’t have to be as excited as Gus Johnson or Kevin Harlan to make a game feel special, Pat Summerall proved that.  Buck falls far short…

But… even if Craig James’s Cinderella run has been boosted by #FreeBruce, I think he’s the right choice to go on AA’s Mt. Rushmore.  Not only is James a terrible analyst, he’s a terrible human being and a symbol of ESPN’s corruption and lack of transparency.  His smug face on ESPN’s Mt. Rushmore would represent how far ESPN has fallen in the eyes of many.  The fact that Craig James continues to be employed and worshiped by ESPN as an ex-jock, while honest journalists like Bruce Feldman are kicked to the curb, makes me sick.  My only request is James’ picture include a 10-gallon cowboy hat, representing his Texans for a More Texan America/Using My Influence To Save My Pathetic Excuse For A Son/Hiding The Truth agenda.

Brady Green: Joe Buck has to be the choice. From the World Series to the Super Bowl to even talk shows, Buck’s awfulness has been consistent for years. His smug attitude and monotone announcing style always detracts from the enjoyment of the largest sporting events. If you are a sports fan, it’s nearly impossible to avoid Buck. While Craig James is a worthy competitor, you’ll usually have to only put up with him on Thursday and Saturday of the College Football season, and he’s deservedly not assigned to the marquee game of the week. It’s been well documented that Craig James’ continued employment at the WWL is an embarrassment, but his awfulness usually takes place behind the scenes. Joe Buck you see every big game, all year long, diseased vocal chords and all.

Craig James’ 2010-11 has been one of the most dominant ever for an announcer at just being an awful human being. But, in my opinion, this has been the only time he’s been awful at this “elite” level. Buck has been at this “elite” level for over a decade now. This is a career award and no one else is more deserving of being immortalized on the Mount Rushmore of Awful Announcing than Joe Buck’s stupid face.

Bob Bender: To me, Joe Buck is far more deserving of having his face plastered on AA’s Mt. Rushmore than Craig James.  Buck consistently puts a damper on the most premier sporting events that are offered throughout the year.  His lame schtick, lack of energy, monotone pipes and inability to properly frame the moment during Super Bowls and World Series games is intolerable.  James is annoying, but I can usually rationalize flipping off whatever college football game he’s assigned to.  With Buck, I’m not turning off an NFL playoff game or Game 6 of the ALCS.  Instead, I have to put up with him and all of his shortcomings, including his piss poor jokes, disgraceful touchdown calls and phony chuckle.

The most high profile sporting events should be reserved for the best broadcasters in the business.  Buck isn’t one of the best, he’s not even close.  It ticks me off that Buck gets the best gigs despite being as bad as he is.  Don’t get me wrong, James is a disgrace, but Buck is the guy that I want to see take home the title of most awful announcer.

Matt Clapp: As much as I dislike Craig James for the same reasons everybody else does, I’m taking Joe Buck in a heartbeat. He is the absolute definition of “smug”(as well as “douchebag”), and constantly speaks in an “I’m better than you” tone. The entire time I’m watching the games he broadcasts, all I can think about is how much I want to punch him in the face. And that absolutely sucks because, you know, HE ONLY ANNOUNCES THE BIGGEST DAMN GAMES IN THE MLB AND NFL. He ruins what should be a tremendously enjoyable viewing experience for sports fans.

Matt Yoder: It has been fascinating to see what has unfolded at ESPN this summer with Craig James.  I’ll be honest, he was an afterthought when we started this tournament – a nod to his ridiculous Senate hopes and a testament to the Mike Leach scandal, but nowhere near a serious threat to win.  I’ve never thought of his awful announcing on the “elite” level and he wasn’t as dislikable as Colin Cowherd or Skip Bayless either.  Yes, James is a typical, insufferable ex-jock whose analysis isn’t worth more than his Super Bowl XX rushing totals (5 carries, 1 yard)… but is he really worse than say, Mark May?  But then, we were exposed to the extent of his underhanded tactics with the factual e-mails published through the Mike Leach book.  Those revelations and the resulting Bruce Feldman fiasco created a tide of public opinion against Craig James created by the hypocrisy of his employer and his own unethical actions.

That’s why Craig James deserves to be on Awful Announcing’s Mount Rushmore.  He represents something that goes beyond just “awful announcing” in its truest form, but the kind of corrupt behavior that can’t be tolerated in the sports media.  Joe Buck may be a crappy play by play man in the eyes of many, but he has actually won my respect this year by being willing to broadcast games even though his voice has been weakened.  Sure, Buck may be annoying and we’d much rather not listen to him announce the biggest games, but he has never gone where Craig James did in terms of using his influence in a negative way (unless you count Joe Buck Live, of course).  Craig James’ face on the AA banner would represent a somewhat bigger cause and show ESPN and other networks that fans are unwilling to stand for crooked analysts.  I would take a bad play by play man over a bad AND crooked analyst any day.