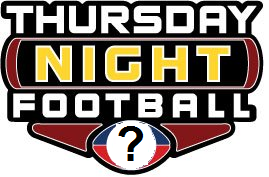 More Thursday night NFL football maybe coming as early as next year per Roger Goodell in a recent podcast with Peter King. The NFL has made some noise and actually initiated discussions with networks to sell this additional package with Versus and Turner Sports believed to be the front runners.

Additional games to any network is already a big deal but would be a game changer to the likes of Versus or TNT. But just as quickly as the possibility of eight more Thursday games arose, Goodell nipped it in the bud, essentially giving all the networks the equivalent of cable programming blue balls. Below was the somewhat under the radar story of how those discussions were put on pause…

“I was shocked,” said one network executive. “I really thought that would be the next deal that they would do.”

“NFL Commissioner Roger Goodell squashed that idea Sept. 8, during a press call announcing the league’s $15.2 billion extension with ESPN. Goodell said that rather than coming before the NFL extends its broadcast deals with CBS, Fox and NBC, any new eight-game package still was a long way from reality.

“It’s not likely that we would do it in the next year,” Goodell said. “We’re going to continue our discussions with our current partners and evaluate aspects of our new labor agreement as part of that.”

I had the opinion at the time that the NFL definitely wanted to squeeze money out of their network partners first, but also saw some value in waiting a bit as market conditions were likely to increase with continued upwards movement in ratings and ad sales.

Also Comcast’s Versus (soon to be NBC Sports Network and I can’t wait until that name change so I don’t have to keep explaining the rebranding) as well as FX seemed to be gaining some steam which could perhaps incentivize both companies to be more aggressive in their bidding down the road.

Another thought I had was that more Thursday football in addition to the ascension of NFL RedZone and The RedZone Channel, might have the networks beginning to question the diminishing mind-share of their packages worth.

Credit to Peter King for re-broaching the topic as yet again we have another odd change of stance as Goodell thinks we’ll see more NFL games on Thursday as early as next year, but the games would be on NFL Network, and that it wouldn’t be weekly.

So what’s the deal here?

USA Today’s Michael Hiestand makes the case that the additional games on NFL Network is just an interim solution aimed at driving up distribution and carriage fees for the channel.

“And NFLN could use more aces in that ongoing struggle: It’s in 60 million TV households — out of the USA’s 115 million total — and still isn’t carried by Time Warner, the fourth-largest U.S. TV distributor. So NLFN could get new Thursday games for two seasons, use them to get into more TV homes, and then the NFL could put those Thursday games up for bid in the feeding frenzy for its TV rights as the broadcast networks’ NFL deals end after the 2013 season.”

Although the NFL has been wishy washy on their intentions here, I think Hiestand has this one nailed. A full season of Thursday Night Football is big leap from the half season we have now. Somewhere in between won’t piss off CBS and Fox as much as a full season but definitely helps NFL Network potentially turn the tide to get distribution in more households. If the tactic works for them just on Time Warner alone, it’s a huge win and a smart move.

At this point Time Warner is not only missing out on 8 NFL games, but also the wildly popular NFL RedZone. If you add 3-4 more games on top of this, you can bet Time Warner and others will be at the negotiating table once again and with less leverage this go around.

This would give the NFL two seasons to essentially sure up the distribution of the channel before putting it on the market, bringing in tons of money and potentially crowning an upstart cable network as ESPN’s biggest rival.

All in all it’s a sound strategy as long as the NFL Network gets into more homes, otherwise it’s just money that was left on the table. Until anything gets firmed up, look for Goodell and the NFL to continue to be extremely coy and cute about their intentions. Seriously, I think almost 2/3 of his answers to any question I’ve ever heard end with, “We’re going to do what’s best for the game.”

If that was true, I don’t think Matt Millen should have been allowed to announce NFL games for a network owned channel. Also having better Monday Night Games and not Jaguars vs. Chargers and Rams vs. Seahawks the next two weeks would probably fall into that bucket of “definitely not good for the game.”

In the end, more games being televised nationally, added distribution for NFL Network, and more revenue to the league are all items Goodell wants to accomplish, although it seems we’ll see this play out slowly and with plenty of misdirection.