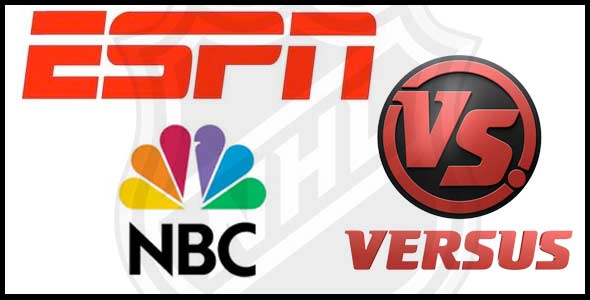 NBC announced that starting January 2012, Versus will be rebranded as the NBC Sports Network. That’s just enough time for you to forget this announcement and then remember when you sober up and crawl back to work after the new year.

There really isn’t anything specific to report as there any particular details surrounding programming changes. However, at a high level there will be some style changes in production and more collaboration and promotion between NBC and the network formally known as Versus.

“As part of the overhaul, NBC says the cable channel’s broadcasting style and presentation will parallel that of NBC Sports’ by emphasizing storytelling and profiles of athletes.”

“There will be greater coordination in sports coverage between NBC’s broadcast-TV operations and the cable channel, officials say.” 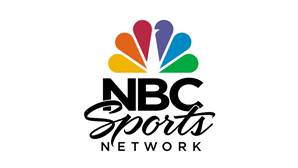 Although the news became official today and won’t go into effect for 5 months, this move was assumed for quite some time. The acquisition was announced in December of 2009 and finally approved in January 2011. During that span it was widely reported and speculated that the Versus brand would wind down and some type of NBC sports branded name would replace it. Versus has become a more recognizable and distributed network, but it pales in comparison to the NBC brand name.

A handful of years back, Disney went the other way yielding the ABC Sports brand to ESPN so now sports programming on ABC is presented as “ESPN on ABC”. Versus doesn’t have nearly the cache as ESPN and this move is basically for the same motives but just in the opposite direction.

As a business guy, it’s kind of funny to me how long these things take to finalize and announce. Even earlier in the year there were rumblings that they had circled in on this name but were still finalzing details. “NBC Sports Network” is three words and yet it’s part of a lengthy process that is still ongoing. Brand identity and integration is important, but I think this was the end result the folks at Comcast/Versus were going to get no matter how many meetings, focus groups, powerpoints, and consultants were involved in the process.

The real meat of this decision will lie in all the details that are to be determined. Graphics, logos, personnel, cross promotion, programming, and production will be things we’ll keep a close eye on.

With NBC/Comcast having fended off competitors from the Olympics and NHL packages, but also having failed to procure a partnership with the Pac 12, they’ve essentially treaded water and held their position in 2011. Going forward, NBC and NBC Sports Network will benefit from having two channels of inventory to bid on programming rights in the future but unfortunately the rest of 2011 and 2012 are quiet years in terms of expiring sports programming rights.

NBC Sports Network is believed by many to be the favorite to get the new 8 game NFL package. Such a move would really boost the network’s distribution (around 70 million now) upwards to ESPN’s number of around 100 million households as well as help drive carriage fees higher.

I think the previously linked philly.com article is interesting as it doesn’t beat around the bush about Comcast’s motivations, as the second headline reads, “Comcast is rebranding the homegrown channel and changing its format. Subscriber fees could rise.”

The article goes on to say:

“The goal of the Versus name change – and other changes expected to be announced in the coming months – is to make the sports channel more popular with fans so that Comcast can charge higher per-subscriber fees for it.“

In a nutshell, Comcast changes its name, as expected by everyone, in a plan to make more money. Truly breaking news here.