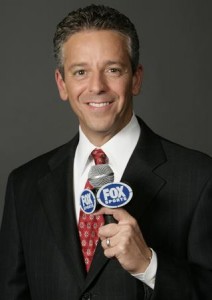 Two underrated awful announcers come together in our 4th contest of Round 1 in the Joe Morgan Memorial Tournament.  In case you’re just joining us, we’re having a 32 person tournament to take the place of the not-announcing-anymore Joe Morgan on our Mount Rushmore.  Two first round polls go up every day and voting will close when the new polls go up the next day.  The tournament consists of not just announcers, but covers the spectrum of sports media personalities.  That being said, we have two announcers going head to head in this matchup with the love overflowing.  Tim Tebow lover Thom Brennaman takes on Human Being lover Jon Gruden. 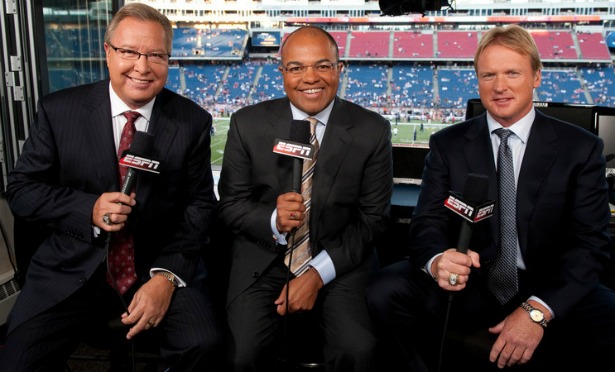 Fact File: Play by play man for NFL and MLB on Fox,  Big Ten Network football, and the Cincinnati Reds

Why He’s Here: Brennaman’s national rep has never quite recovered from his creepy obsessive man crush on Tim Tebow during the 2009 National Championship Game.  His run at the top of college football lasted a short time (although Fox didn’t exactly put him in a position to succeed with those 9,000 band shots).

Why He’s Here: The field in this tournament loves to see THIS GUY amongst the contenders.  Whether he’s trying to play it safe for a future job, or he’s just the most positive man on the planet, Jon Gruden loves everybody.  Gruden’s love for QB’s would be a bit more tolerable if he didn’t love Terrelle Pryor with the same violent love as he did Drew Brees.  And somehow he turned “this guy” into a go-to catchphrase.