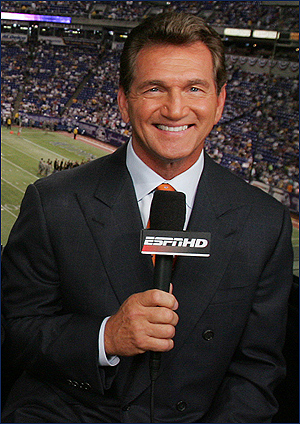 Our next faceoff in the 1st Round of the Joe Morgan Memorial might be our most unique.  In one corner is the prototypical awful announcer, Joe Theismann.  Joey T has been kicked from the curb at both ESPN and now the NFL Network booth, largely because network execs have finally realized something casual fans have known for years, that he’s not very good.  Meanwhile in the other corner we have two for the price of one.  The overrated, stereotypical jock/nerd duo of Mike And Mike In The Morning.  Is Joey T awful enough to overcome two mediocre sports TV personalities? 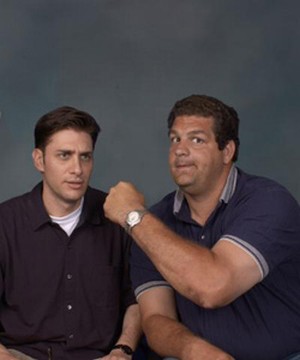 Why He’s Here:  Joe has long been one of the blogosphere’s least favorite analysts, but his legendary infamous run with Matt Millen was his “finest” hour.  Although Theismann was axed from the game broadcasts after only a year, he’s still listed as an on-air personality, so he makes the field.  After all, NFL.com is still touting his “wealth of knowledge and expertise.”

Why They’re Here: Mike Greenberg and Mike Golic are scorned by many sports fans as just being lame.  The whole nerd/jock stereotype was old in 7th grade, but somehow these two continue to ride that horse until it drops dead.  Mike & Mike is fine in small doses, but the pair aren’t as funny, influential, or noteworthy as ESPN would like you to believe.  Let’s also not forget the pair’s disastrous attempt at broadcasting NFL games.  It would create a problem trying to fit them into one face though…