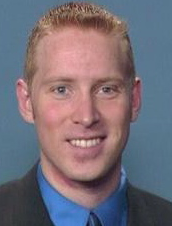 You may remember how we praised the reporting of Charles Robinson and Yahoo Sports for the huge Nevin Shapiro/University of Miami story.  With the information from Shapiro and hard evidence backing the reporting, it looked like a home run and the best sports reporting done this year, or even in the last several years.  However, one person wasn’t satisfied with Robinson’s story and actually went as far as to personally attack Robinson.

That man is Jason Whitlock of Fox Sports.

Whitlock rolled off the couch and penned a column using words and phrases like “journalism Ponzi scheme,” “desperation,” “lack of journalistic boundaries,” and “media circus” to describe Robinson’s work.  Robinson then took to the radio in Kansas City (Whitlock’s former market) to respond directly to those allegations and questioning of his character, calling Whitlock a “coward,” describing him as “race-baiting,” and his column as “ignorant” and “absolutely absurd.”  We got ourselves a good old fashioned media feud!!  Here’s what the debate between Jason Whitlock and Charles Robinson might look like, combining their columns and Robinson’s radio transcript.  You be the judge…

Robinson: In an effort to substantiate the booster’s claims, Yahoo! Sports audited approximately 20,000 pages of financial and business records from his bankruptcy case, more than 5,000 pages of cell phone records, multiple interview summaries tied to his federal Ponzi case, and more than 1,000 photos. Nearly 100 interviews were also conducted with individuals living in six different states. In the process, documents, photos and 21 human sources – including nine former Miami players or recruits, and one former coach – corroborated multiple parts of Shapiro’s rule-breaking.

Whitlock: The stats reveal Robinson’s desperation. For nearly a year, he turned over his life to a congenital liar, and there was no way he was walking away with a simple story: A Miami con man fooled most of Florida, including the Miami athletic department, and took Miami athletes to expensive dinners, popular South Beach nightspots, gave them access to the private parties he threw for himself, friends and professional athletes and steered Vince Wilfork to a sports agency.

Robinson: I would like to know what reporting he did on this story because, yeah, you know what, I have a lot of human stories on that story. A lot, 11 months worth. … And by the way, Jason Whitlock, in five years, has taken some significant shots at me personally. On the heels of the USC case, he once used the phrase ‘NCAA slave catchers’ to refer to the work that myself and another reporter had done. … He took some fairly broad swipes after we ran our Will Lyles piece. … And then this.

Robinson: I want to tell you something, when I wrote what I wrote on Miami, every single person there is an allegation against in that story, I reached out to every single one of them. I called them, I emailed them, I tried to reach out to them through friends, I left messages on their Facebook page. … In five years, I’ve never gotten a single call, a single email, a single Twitter message, nothing, from Jason Whitlock. He is a coward. And I have no problem saying that.

Whitlock: I’m sure Shapiro’s Ponzi investments looked just as credible as Yahoo!’s “Pulitzer-worthy” story, which Yahoo! is hailing as “one of the biggest scandals in college sports history.”  Generally speaking, Ponzi schemes don’t start out as Ponzi schemes. They’re initially based in truth, a sincere effort to generate profit, and only become fraudulent as the originator gets equally greedy and desperate to deliver the promised returns. The greed and the desperation breed a lack of sophistication that eventually gets the con man busted.  That’s how Charles Robinson’s story reads to me — a journalism Ponzi scheme born in truth (Shapiro committed NCAA violations) and told in the most sensational, unfair and exaggerated way possible to produce a return that justifies 11 months of work.

Robinson: The stats reveal 11 months of reporting. He can say whatever he wants about, it’s all the poisonous tree and it’s all Nevin Shapiro. You know what? The documents we got, we got from the federal documents. The federal government sent me those documents. Nevin Shapiro can’t send those from jail. … Eight players ruled out multiple games. One guy gets six games. Two guys get four apiece. What, another five get a game. That’s eight guys named in the report who all have been found to have received things from Nevin Shapiro.

There are several large holes in the Yahoo!/Shapiro story and one gaping hole. I’ll start with the biggest because it connects to the others.

One word is missing from the Yahoo! story: Drugs.

You can’t tell this story accurately, honestly or credibly without addressing the drug issue. Drugs would raise legitimate questions about the nature of Shapiro’s relationships with the handful of anonymous sources backing (and/or refuting) Shapiro’s claims. Drugs would tell us a lot about Nevin Shapiro.

Robinson: This is funny to me because he accuses us of being reckless … and yet, essentially, in the same column, Jason Whitlock says, ‘Well, there must have been drugs. This guy must have been doing drugs.’ … Based on what? A feeling? Jason Whitlock feels like there must have been drugs. … Nobody I spoke to, 21 people involved in implicating players, themselves, corroborating parts of Nevin Shapiro’s stories … not one ever said, ‘There were drugs at this party.’ … We took 30 names out of the story because nothing could be corroborated.

Whitlock: There’s no proof. There’s just the word of the poisonous tree. This is how you win a Pulitzer? That’s all you need to torch the career of a basketball coach? As long as “most” of the Yahoo! story is true, it’s OK if Frank Haith is collateral damage? Have we really sunk that low?

Multiple sources who interacted with Shapiro corroborated in detail the manner in which the booster doled out specific benefits as he violated NCAA rules. Among the sources are three former Miami players who each received benefits from Shapiro, a bodyguard who played a role in facilitating the activity, a high-end restaurateur who benefitted from Shapiro’s relationship with players, an ex-girlfriend, multiple friends and a former neighbor who witnessed the behavior firsthand.

Whitlock: My point is, Yahoo! has an agenda, too. In order to get the proper bounce from Shapiro’s snitching, it needed prostitutes and abortions and a reporter naive enough not to wonder why no one is getting high in Shapiro’s tale. Shapiro has a vested $take in being the guy who brought down The U…  Would you be surprised to learn the poisonous tree has leverage over the people corroborating his story?

Robinson: I stand on my record. Yahoo stands on its record. And I have no problem saying that. I spent 11 months getting it right. He spent 11 seconds deciding it was wrong.

My take centers on Whitlock’s continual need to find more outlandish ways to get noticed.  He continually prides himself on a contrarian viewpoint no matter what the subject.  So why not write a column defending Nevin Shapiro and attacking Charles Robinson when his work has been universally praised by anyone not associated with The U?  To insinuate that Nevin Shapiro has somehow hoodwinked Charles Robinson and led him down the path to Capone’s vault is laughable.  Yahoo does have an agenda – to be the best in the sports media at investigative reporting, something Whitlock wouldn’t know about if it smacked him in the face.  Robinson’s reporting is supported by 11 months of documented evidence and the NCAA is already taking action. (Right, Matt Millen?)  For Whitlock to call Robinson’s reporting into questioning for the apparent sole reason of provoking him, or baiting him into a feud to get his name out there, is an embarrassment to sportswriting.  In this feud, I’m firmly in the corner of Robinson and Yahoo’s reporting.