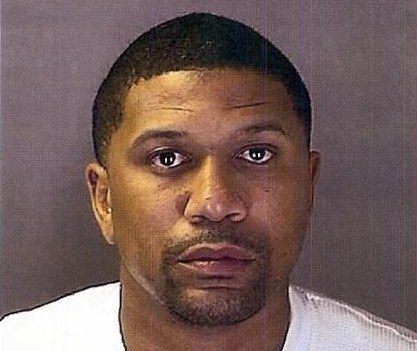 ESPN NBA analyst Jalen Rose was originally arrested for a DUI all the way back in March.  That arrest and the subsequent response from ESPN created some questions in the initial fallout.  Rose’s mess has been lost in the shuffle over the last few months with the great NBA playoffs, subsequent lockout, and everything else going on in sports, but he was back in the news this week.  Rose was sentenced to 20 days in jail on Wednesday.  From the Detroit Free Press…

Judge Kimberly Small, known for her tough stance on drunken driving, ordered the former NBA player and University of Michigan basketball star to serve 93 days in jail, but she suspended all but 20 of those days.

Small, during a 40-minute sentencing hearing in 48th District Court in Bloomfield Township, told Rose: “You’re not here because you drank. I have no problem with that. Have at it. I do mind when you get behind the wheel of a two-ton vehicle and use it as a weapon against the rest of us.”

Now common sense would tell you that any sort of jail time for Jalen Rose would wake him up and make him be extra cautious on the roadways.  Going through that amount of public scrutiny and punishment should be enough to reflect on how careful one should be when driving.  However, in the words of Lee Corso, not so fast my friend.  You see, after he was sentenced to go to jail, Rose was almost immediately pulled over for speeding.  Again, the Free Press has the details…

Former Michigan Fab Fiver Jalen Rose was given a speeding ticket in Clawson hours after he was sentenced to nearly three weeks in jail for drunken driving, authorities said today.

Rose was clocked going 46 m.p.h. in a 25-m.p.h. zone shortly before 9 p.m. Wednesday night, Clawson Police Chief Harry Anderson said. He was given a citation for going at least 10 m.p.h. over the limit.

If that wasn’t stupid enough, Rose then traded in his car for a scooter, straight up.  Can he not just hire a driver??  Seems like that would be safer for the rest of us.  With the jail sentence and all of the negative publicity that Rose has faced in the past year, it would not surprise me in the least to see the leader quietly part ways with the former Fab Fiver.  With the NBA lockout proving ex-jock analysts fairly useless, Jalen may fade away like those Fab Five banners.