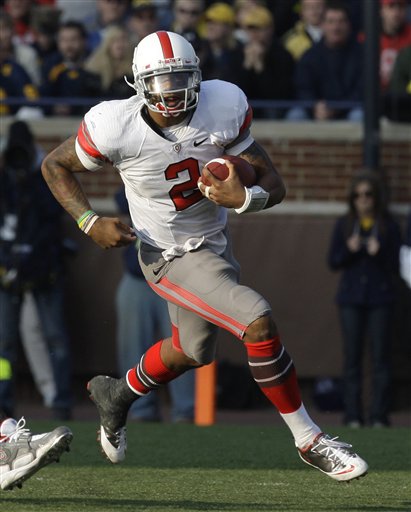 ESPN has been coming under fire from all sides in recent weeks for how they’ve handled their coverage of the scandals at Syracuse and Penn St.  In the case of Penn St., ESPN has been criticized for how far behind the curve they’ve been with breaking the details of the case and their ensuing coverage.  In fact, ESPN’s ombudsman, the Poynter Institute, finally showed some worth in their position as independent critic with a biting review of ESPN’s slow response to the biggest scandal to rock college athletics, perhaps in history.  Here are a few worthwhile quotes from the much maligned Poynter:

“With the biggest staff of sports journalists in the world, ESPN should have been leading the charge to ask tough questions and shed light on this scandal. Instead, it was the tiny Patriot-News in Harrisburg, Pa. out in front of the journalism pack.”

“Moving on to fallout and other issues is standard journalistic fare, but the Penn State scandal isn’t any other second-day story… We would expect the instincts of a 24-hour broadcast newsroom to be quicker.”

To add to the criticism of ESPN’s Penn St. coverage, the WWL has also been under fire for how they’ve handled ongoing allegations at Syracuse.  On the one hand, ESPN has been borderline obsessive over pushing the story, largely because they were the ones who finally broke this particular scandal.  Some have seen their Syracuse coverage as a rushed response to being caught out on Sandusky.  However, when news broke that ESPN had sat on a potentially incriminating videotape for almost a decade, the network was shown to be hypocritical at best and criminally negligent at worst.

Personally, I’ve argued for a long time that ESPN’s drive for entertainment and profit had long ago swallowed up its journalistic integrity. And, having figures like reporter Mark Schwarz and executive Vince Doria being grilled by heavyweight media watchdogs like Howard Kurtz and Richard Deitsch seems to add fuel to that perspective.  (And no, Jason Whitlock doesn’t belong in that category.)  Still, the full story of ESPN’s role in these two scandals has yet to fully play out and is incredibly complex in its own right, so we’ll reserve detailed judgement for a later date.

However, without question, one scandal ESPN thoroughly covered from top-to-bottom from the beginning was Jim Tressel and TatGate at Ohio St.  The tenacity ESPN showed in covering the dismissal of Jim Tressel and the sanctions at Ohio St. was relentless in its single-minded focus.  At times, it even seemed like some at the network were rooting for Jim Tressel to be fired.  At the same time, ESPN basically ignored scandals that were developing on other campuses at North Carolina and Miami.  The difference between the three?  Yahoo had broken the mile-long rap sheet of potential violations at Miami while Sports Illustrated had done a lot of the work in gaining more info on the North Carolina violations.

Well, as it turns out, ESPN isn’t done with Ohio St. just yet…

The Columbus Dispatch reports ESPN is going forward with a lawsuit against The Ohio State University to release university e-mails from Jim Tressel and others involved in the Ohio St. violations.  No wonder Tom Rinaldi’s subconcious mind told him he was at Ohio St. and not Penn St last month.  Whatever you think about how ESPN has handled these various scandals, it’s worth note that ESPN is clearly committing resources months after the fact to digging up more dirt on Ohio St.

It’s not as if ESPN is going up against Ohio St. in a one-on-one legal battle though.  According to both the Dispatch and The Lantern (the Ohio St. student newspaper), several academic organizations are supporting Ohio St.’s quest to keep some emails private to protect the privacy of some of the involved student-athletes including the Association of American Universities and the American Council on Education.  As someone who teaches as a graduate assistant at Ohio St. (full disclosure), I can tell you first-hand that anyone involved in athletics takes FERPA (the Family and Educational Rights and Privacy Act) very seriously.  And clearly, several academic organizations agree and have sided against ESPN’s press for more documents from Ohio St.  The Department of Education has also voiced their opposition to the ESPN lawsuit.

Make no mistake, the case ESPN is bringing before the Ohio Supreme Court is serious.  Call it armchair legal analysis, but Ohio St. being a public institution doesn’t seem like it should overrule protecting the privacy of students.  Ohio’s Solicitor General on the possiblity of ESPN winning the case said, “(ruling for ESPN) “would touch on every public school and educational agency in Ohio.  If FERPA does not protect the documents in this case, it would leave all other education records unprotected.”  ESPN’s response?  Ohio St. is hiding behind FERPA as a “ploy” to avoid “public scrutiny.”  On the one hand, ESPN is showing it has resources to doggedly pursue stories.  But from Columbus to State College to Syracuse, using those resources has been wildly inconsistent in recent times.