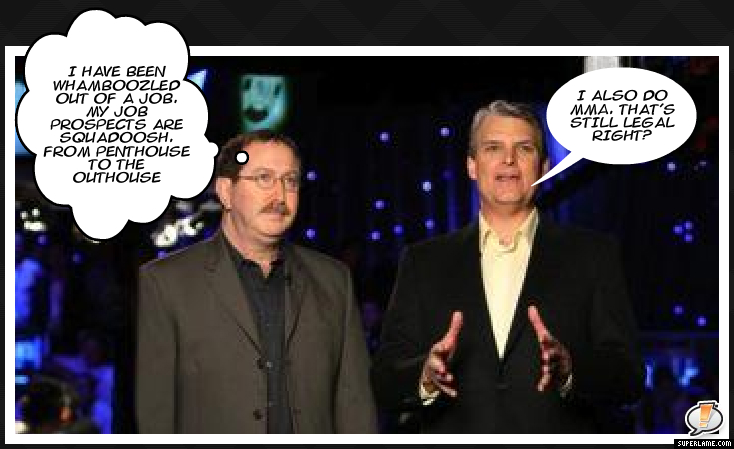 On Friday night I shared my disappointment that ESPN was not acknowledging their relationship (at least on Sportscenter) to the various troubled poker companies that essentially propped up their heavy rotation of poker programming. In that article I began to hypothesize that the end was likely near for poker on television and for the events and tours that provide the programming to ESPN and other media companies. Less than 3 days later, the first domino fell as ESPN has announced they’ll drop all poker advertising from their programming.

I’d imagine you’ll see Fox, CBS, and NBC/Comcast all follow suit in the coming days. It’s not just that it is a bit taboo right now to flaunt poker programming and advertising in the wake of the US government’s crackdown, but mainly because the economics don’t work anymore given ~70% of the sponsor money just got connected to companies deemed to be operating illegally.

While I think a lot of folks think poker is still a niche “sport”, the fact that poker spans all the major media companies shows that it’s been a favorite of programmers at all the big networks. Whether it’s late night/early morning on cable or network television, live in prime time on ESPN , or on a Sunday afternoon on NBC (like this weekend which featured Don Cheadle and Emmitt Smith), poker has given media executives a low cost programming option that had built in sponsors via Full Tilt, Absolute, and Poker Stars.

It was cheap to produce, easy to sell, and wildly profitable hence the blatant disregard for the long term legality of the core sponsors’ standing with the US government.

The ESPN announcement is one of a handful of reported developments as Bluff magazine cites that other events have already been cancelled or pulled off the air. They also report that the WSOP looks to be safe for now but it is possible we could see reduced broadcasts of the event.

The bottom line is until other sponsors fill the void and the American public’s short memory moves on, the outlook of poker as a form of television entertainment is extremely bleak right now. I’m sure beef jerky, energy drinks, and Go Daddy will still be there, but they’re not going to pick up the slack.

What fills the void for all the poker that is currently on television? ESPN usually leans on the WSOP to get them through the summer months when only baseball is going on. Who’s Now, Fifty in Fifty, and Title Town were all ESPN inventions to help get us through the dog days of summer. I could really go for some 30 for 30 reruns compared to more invented fluff.

The other networks like to air poker really late at night. You’ll probably see them revert back to infomercials, bad movies, and really bad talk shows.

Frankly speaking, poker made a lot of inroads over the last decade and seemed to earn its keep on television. The production got better, the faces became familiar, and the American publlic began to actually take a rooting interest for or against certain players. The only other “sport’ that has such varying crazy personalities that I can think of is wrestling and those are fake personas. Mike Matusow, Phil Helmuth, Doyle Brunson, and Johnny Chan were real and watching them win, lose, bluff, suckout, and experience heartbreak was actually pretty entertaining.

The US government’s decision to shutdown these sites not only stole a hobby and source of income for many Americans but crippled a growing staple of content and revenue for the major networks. In fact PokerStars’ sponsorship of the North American Poker Tour was said to be $22 million. All in all you could extrapolate that the poker companies likely spent a quarter to a half a billion dollars on television sponsorship and advertising a year. Maybe more.

That’s now gone, the programming will follow, and soon enough we’ll be without one of the more compelling and profitable airtime fillers of all time. Hopefully with some strong WSOP ratings, we might see some brave advertisers spearhead a comeback but for now I think it’s going to be a rough 3-4 years for poker fans.