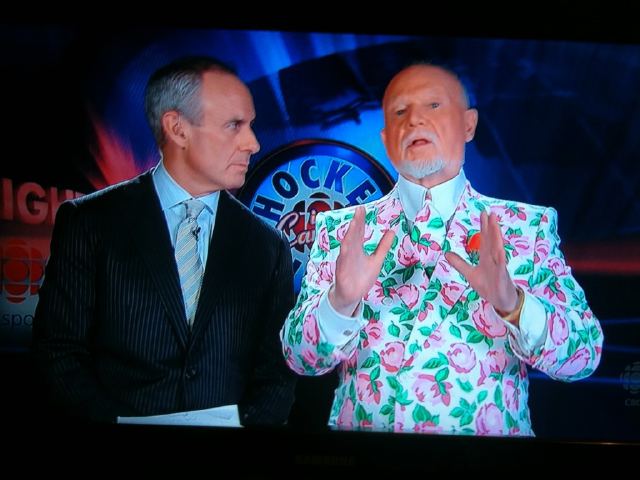 The Bruins and Canucks are currently playing Game 7 of the Stanley Cup Finals.  Players on both teams have talked about leaving everything on the ice for the final game of the season.  Thankfully, so is Don Cherry, well, in his own special way.  The Hockey Night in Canada analyst either got into an accident with a floral truck on his way to the studio, or that is the most audacious suit I have ever seen.  This selection vaults to the top of the list for the most extraordinary suits ever witnessed on television.  Bravo fine sir.  Your move, Sager.