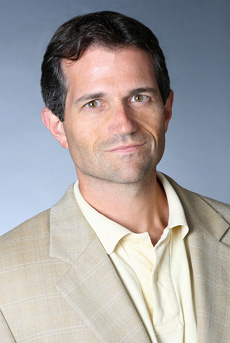 Those were just some of the words that our followers on Twitter used to describe what ESPN did to Bruce Feldman.  I really don’t know where to begin with the following story because it is so ludicrous, so misguided, so enraging, and so unbelievable that it cannot be fathomed by rational human minds.  Thursday, ESPN executed one of the worst decisions and worst PR moves I’ve ever seen made by a major media company.  The following story makes Colin Cowherd look like Edward R. Murrow.

Sports by Brooks reported Thursday that ESPN college football writer Bruce Feldman was suspended indefinitely by the “worldwide leader.”  Now, indefinite suspensions are not something that is to be taken lightly, especially at ESPN.  Hell, Jemele Hill got one week for talking about Hitler, Dana Jacobsen got a week for bad-mouthing Jesus, and Tony Kornheiser got two weeks for dissing Hannah Storm’s wardrobe.  So you know that ESPN is taking something very seriously when one of their top and most respected writers gets suspended indefinitely.  What Bruce Feldman did must be vile, reprehensible, and unbecoming of the journalistic and professional integrity expected by the “worldwide leader.”  In a way, what Bruce Feldman did was much worse.

Here’s the story from Brooks:

ESPN Vice President and Director of News Vince Doria, ESPN THE MAGAZINE Editor-in-Chief & ESPN Books Editorial Director Gary Hoenig, and ESPN.com Editor-in-Chief Pat Stiegman participated in the conference call and were behind the decision to punish Feldman.  Doria, Hoenig and Stiegman informed Feldman today that he has been banned from writing for any ESPN entity, is forbidden from appearing on any ESPN platform, is not allowed to Tweet from his Twitter account nor participate in any promotion of a recently-released book in which Feldman played a role.

Multiple management and editorial sources at ESPN have told me in recent months that Feldman would only participate in the Leach book project upon direct approval from ESPN management – which Feldman indeed received.  Since the book was released on Monday, Feldman has deliberately avoided any personal promotion or mention of the Leach book. (You will find no mention of the book on Feldman’s Twitter account and ESPN blog.)  Despite those facts, Feldman was told by ESPN executives Doria, Hoenig and Stiegman today that he was being suspended indefinitely for his participation in the Leach book.

1) As background, Mike Leach enters into a feud with ESPN college football analyst Craig James over a controversy involving Craig’s son Adam.
2) Bruce Feldman helps Mike Leach write his book, Swing Your Sword, including comments about the James controversy and ESPN’s possible role in hyping, twisting, and let’s just say making up and promulgating lies about the Adam James controversy.
3) Bruce Feldman, and this is important now, receives permission from ESPN to participate in Leach’s book.  You’ll see why this is crucial in a second.
4) Excerpts of Leach’s book are published incriminating Craig James and others in the Leach controversy.
5) Feldman is indefinitely suspended for participating in Leach’s book.
6) SEE #3 WHERE ESPN GAVE HIM $%#&ING PERMISSION TO PARTICIPATE IN THE BOOK.
7) #FreeBruce and Bruce Feldman are now trending on Twitter as the internet, media, and any person with one shred of decency or common sense realizes the travesty that ESPN pulled…

I’m a math guy, so forgive me if we go straight to simple logic.  Since ESPN has kept quiet (they didn’t respond to a request for comment from Deitsch and are traditionally tight-lipped about these sort of things), one must assume that Brooks’ story is accurate.  ESPN is suspending Bruce Feldman for doing something that ESPN gave him permission to do.  (Indefinitely mind you, this isn’t one of those slaps on the wrist for using Hitler in a column or saying f*ck Jesus, no, this is real damn it.)  If the world and the universe ever lived by those rules, we should all be dead by now, humanity blowing itself up in some kind of hideous, fiery, self-mutilating explosion.  If you want to try and get into the minds of the morons who made this decision, grab a large blunt object (preferably with some spikes or something fun) and smash yourselves over the head 32 times.  Then dip your entire body in sulphur and jam an ice pick into your brain.  Only then will you reach the intellectual capacity needed to even consider a decision like this.  Thankfully, I’m not the only one that senses this.  #FreeBruce.

The second level of the Feldman story is where things get dicey and even more despicable for ESPN.  We talked earlier this week about the excerpts from Leach’s book and how they made Craig James look like an even bigger douchebag than he already appears to be (quite the impressive feat indeed).  The Leach excerpts (and published e-mails to James from his Nixonian henchmen at Spaeth Communications) exposed James as a pompous and underhanded snake willing to laughably tout his family bloodlines, badger a head coach to play his no-talent son, use his position as a national TV analyst to try to influence coaches and programs, advance lies told by his no-talent son, hire a PR agency to further advance those lies, and cost a coach his job.  That’s the kind of guy that ESPN is standing behind 100%.  Senator Craig James.  Bristol must be so proud.

ESPN has tossed to the curb the writer that is being universally supported by every single college football and sports media writer that has a Twitter account.  ESPN shouldn’t suspend Feldman, they should be thanking him and giving him his own half hour show on ESPN2 for bringing to light the sick things Craig James and his pathetic horde of vermin did in twisting the Mike Leach story.  Instead, ESPN has done and said nothing about James’ hypocrisy, the conflict of interest of the network in errantly reporting the story, or anything relating to the sordid details surrounding Craig James and how ESPN initially handled the Leach story.  All they’ve done is inspire thousands of fans to boycott ESPN in some way.  Well played.

The third level of the Feldman story is where I find the most interest to be.  What does this suspension and instantaneous, overwhelming support for Feldman mean for ESPN?  The importance of this story cannot be overstated.  This is ESPN’s journalistic Waterloo.  There is now no turning back for Bristol.  All the chips have been pushed to the center of the table in the name of protecting the ESPN brand at all costs.  A million ESPN tell-all books could not do the damage that this one single decision has done.  Even THE Decision doesn’t top this disaster.  Damn journalistic integrity.  Damn the truth.  Damn the right thing to do.  Damn it all to hell.  ESPN has suspended a writer for doing his job – for helping a coach tell his side of a story.  Let’s get real though.  What it looks like to the thousands that are tweeting #FreeBruce is this – ESPN suspended Bruce Feldman for making someone bigger and more important than him at ESPN look bad.  The sheer amount of criticism of ESPN and support for Feldman means that it will take months and perhaps years for ESPN to recover the respect lost from this mistake.  In fact, they may never get it back.  There were already plenty of sports fans that questioned ESPN’s integrity before this story broke.  Bruce Feldman is only the final nail in that coffin.

I don’t see how ESPN moves forward in this story with any semblance of dignity remaining.  Yes, there are still many aspects of ESPN that are very good.  There are still people at ESPN that I quite enjoy.  I’m still going to watch the British Open, I’m still going to watch the Women’s World Cup Final, and most of you likely will as well.  But as far as ESPN’s newsmaking and newsbreaking position in the sports world, forget it.  It is finished.  ESPN sold whatever remained of their integrity and respectability as a news organization to the devil the second they suspended Bruce Feldman.  Oh, and one more thing…