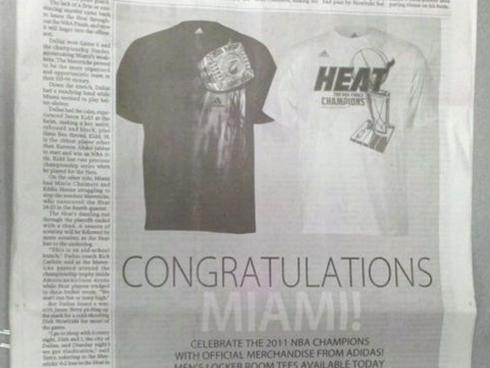 Seen here shitting the bed like me with a belly full of liquor and lamb over rice, the Miami Herald ran an ad for Macy’s (Macy’s’?) line of Heat Championship gear.

Tim Elfrink of The Miami New Times, already in enough pain it appears, explains that the ad ran on the same page as a story about the series with the headline “Heat just never got the point during Finals loss to more-organized Mavs” and a banner that reads “DALLAS WINS BEST-OF-7 SERIES 4-2.”

What is this El Nuevo Herald?

Or is someone just trying to burn my loins? Perhaps it’s that man upstairs that told LeBron it wasn’t his time yet. I expect this from the rest of the galaxy, Mijammy, but not from you. Not only because this ran the morning after Game 6, but because even if the Heat had won, they would have tied the series and forced Game 7. Of course an ad should have been prepared, but under no circumstances should it have been within 2 days of circulation. Way harsh.

Professor Elfrink went on to say it’s alright if they ran the wrong ad because you still have to wake up and go back to the real world tomorrow. So there.

I got some news for you, Timbo. Newspapers? #notthefuture. Those went out with powdered wigs!

Dirk Nowitzki had this to say about the Herald’s faux pax: 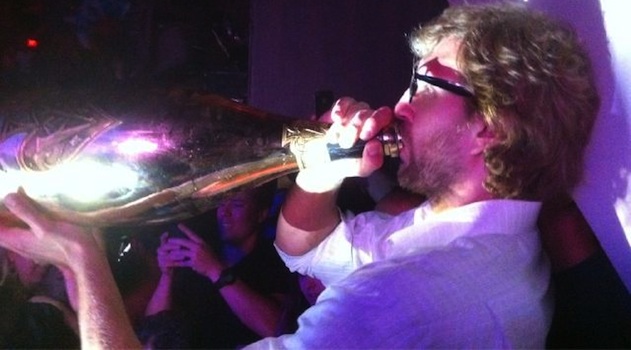