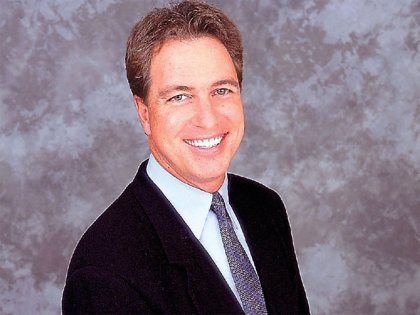 I had the pleasure of catching up with friend of AA and NBA on TNT play by play man Kevin Harlan today as he was flying to Miami to cover tomorrow’s Game 2 of Celtics/Heat.  Harlan is one of the most popular announcers in sports and last time we talked with Kevin in February, he was preparing to announce the Super Bowl for Westwood One radio.  In this interview, AA chats with Kevin about that experience, the NCAA tournament, and these NBA Playoffs.  If you’d like to read more of my interview with Kevin, you can jump over to the other half of the Q&A at Bloguin’s outstanding new NBA blog – Crossover Chronicles.

Q: Last we talked you were getting ready for the Super Bowl.  Can you take us back to that game and your experience?

A: I guess I just felt more anxious than anything else.  From the moment I opened my mouth to sign on the air until we closed I was very happy with the strength of my voice, happy with the call, and very happy that my superiors were happy!  (laughs)  I worked with Boomer and he was just terrific, the game was great, you have these two NFL franchises that were meeting with a ton of star power in the game… it just lived up to everything I had hoped it would in terms of a broadcast.  I usually leave a broadcast picking out a thousand things I wish I would have done differently, and I came away feeling overall pretty good, not perfect certainly, never feel that way, but pretty good about how everything turned out.

Q: Staying with the NFL, the fear of a lot of fans is that we may miss some game.  As an NFL broadcaster for CBS, would that affect you and others that broadcast those games if we do miss games, or even a season?

A: I’m not sure exactly what will happen to us at CBS.  We’re all basically under contract, but there has to come a point if the lockout cancels multiple games that the network would come to us and even ask for a little release.  I’m not certain where that stands.  I certainly hope that none of us, and I speak for broadcasters, stadium employees, members of organizations, and the fans that we never cross that line.  It seems like there’s some pretty important things going on that may not be resolved as quickly as we’d like.  That possibility always exists that there might be a time when the networks come to their broadcasters and say, “we’ve missed multiple games, we need some relief here” and I don’t know a broadcaster that, as incredibly good as these jobs are, how anyone would balk at that.

A: I wouldn’t say it’s the most fulfilling broadcast day that we have on our schedule for the simple reason that you can’t savor a well-played game, a fun game to do, a close game, a last second shot because once that game is over, you’ve got to go to the next game.  Almost immediately, once that game ends you’re putting your notes for that game away and you’re grabbing notes for the next game, and then the next game.  You don’t have a chance to reflect and thus make corrections or enjoy as a crew great shots, great replays, because they are quickly forgotten.  From strictly a broadcast standpoint, it’s a pretty unfulfilling day.

From a fan’s standpoint, and to be a broadcaster you’ve got to be a fan, it’s terrific because it’s this non-stop conveyor belt line of interesting stories, colorful coaches, great plays, upsets, it’s like it’s a non-stop cavalcade of all those different things.  So, as a fan and a broadcaster it’s terrific.  But strictly from a broadcasting platform it’s a day you can’t reflect on because there’s so much volume to it.

Q: You also were at VCU’s regional site and saw their run to the Final Four.

A: Their run was exhilirating and great, great copy.  That made watching them enjoyable, Richmond was in that same group, as was Florida State.  We had three double digit seeds and a one seed Kansas.  As it turned out, that site had some really interesting games.  That was a stunning performance by that team making it all the way to the Final Four and it was fun to catch a little bit of their story from one of the last teams in to one of the last teams out.

Q: How is the NBA Playoffs different from those other events that you cover like the Super Bowl or NCAA Tourney?

A: The Playoffs are different because it’s an ongoing story.  We have at least four games in a series and if you’re lucky six or seven games.  It’s really like a chapter in a book because of the adjustments.  You are constantly glancing at statistics, trends, because you can begin to really thread the story of Game 1 through Game 2 into Game 3.  Something that happened in Game 2 may be relevant in Game 5.  You are immersed in those two teams and you feel at the end of the series like you know every dribble, every shot, every minute played.  You can somehow chronicle it because you’ve witnessed it and you’ve had to reflect on it and carry the significance into the next game or two or three games down the line.

That’s what makes the NBA Playoffs so great.  Number one, the best team always wins because you have multiple games to prove yourself and it’s not just a one and done.  Number two, trends develop, strategies become more clear, counter strategies become the focus.  If you love the NBA, and follow it closely and know how much strategy goes in, you enjoy every second.  The NBA Playoffs is just a thrill a minute and these Playoffs in particular have been incredibly entertaining.

Q: I thought we may have gotten a “With no regard for human life” call on Kobe’s first dunk in Game 5.

A: Well, when LeBron did the no regard dunk, he came off of that thing with a look on his face that was just menacing like he would’ve gone through a brick wall, a ring of fire, anything to make that thing work, and basically did.  With Kobe, what he did I thought was just incredible, but I did not see the expression after the dunk so that’s why I didn’t say it.  I was so stunned that he did that because he’s conceded he doesn’t have many more left in his bag so you weren’t expecting it, especially with the bad ankle.  He soars, comes down, and does this incredible dunk.  It was no more spectacular than a lot of other dunks he’s pulled off, but because of the circumstances that one will stand out.

Check out the rest of our interview with Kevin where he answers more questions about the NBA Playoffs at Crossover Chronicles!