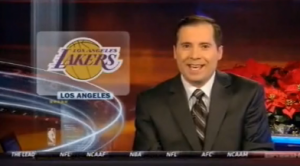 “I made a horrible mistake and I’m deeply sorry. I did not live up to my high standards or ESPN’s,” Selva said in the statement. “I sincerely apologize for my sloppiness, especially to Kevin Ding, viewers and colleagues. In my 15 years in broadcast journalism, nothing like this has ever happened and I will make every effort to ensure it won’t happen again.”

Josh Krulewitz, an ESPN spokesman, said in a statement, “This is something we take extremely seriously and we’ve taken appropriate action. We looked into how it happened and found that this very bad mistake was made because he should have been more thorough, even on deadline, not because he was intentionally trying to claim someone else’s work as his own.”

In the age of the Internet, it’s hard to believe that people still attempt to plagiarize, but I guess the penalties are so small that there really isn’t a deterrent in place.  You would think blog etiquette (see above block quoting) would provide a template, but what do I know?