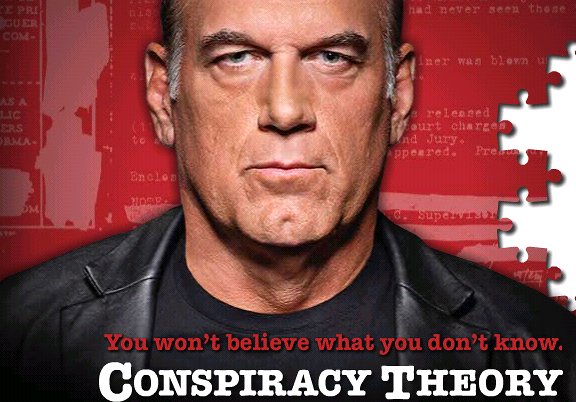 The biggest news of the day is the suspension of Terrelle Pryor, Dan Herron, Devier Posey, and 2 other Buckeyes for the first 5 games of next season for selling awards and taking tattoo discounts.  While the suspensions obliterate Ohio State’s chances at a national championship next season, the players will get to play in the Sugar Bowl against Arkansas.  The ruling and punishment is up for debate as the NCAA again proves it’s hypocrisy, greed, and ineptitude.  Yes, the NCAA and the BCS can exploit millions from what these players can do on the field but fire will rain from the skies if the players want to make money for themselves and their families on what they earned.  But, that’s another conversation for another day.  We’re here to discuss the insanity of one Mark May.

You see, Mark wasn’t fired up about the NCAA’s inconsistency or hypocrisy in handing down these suspensions.  No, he was concerned with some Jesse Ventura like conspiracy against… wait for it… the SEC.  In Mark May’s version of reality, the NCAA is in bed with the Pac 10 and the Big 10 as their “sacred cows” and plotting the downfall of the SEC daily.  I’m not making this up.  Take a look at Mark May’s “analysis” and then click read more as we’ll break it down below the video.

Apparently, Mark May has been put into a hypnotic trance by his partner Lou Holtz for the last year and a half.  This video is so insane we have to go through these points one by one, ignoring the fact that saying “SEC Conference” is redundant.

1) If this happened to an SEC school, these players would be suspended for the Sugar Bowl.
-Huh??  Granted, this isn’t an eligibility issue, but I wonder where Mark May’s conspiracy theory was when Carlos Dunlap was allowed to play in the Sugar Bowl last year after a DUI arrest.  Come to think of it, I have a more recent example where the NCAA allowed an SEC star to play in a huge game.  Oh yea, maybe Mark May has never heard of Cecil or Cam Newton!  Maybe he wasn’t around for the NCAA’s decision to declare Cam eligible for the SEC title game in spite of evidence that Cecil Newton was trying to sell his son to the highest bidder.

I’m such a stupid, I forgot Cam Newton never knew about his father’s plans to make $180,000 off his signature.  Yes, that’s what we all believe.  May’s statement is simply comical.  Can you really envision the NCAA suspending Ryan Mallet for the Sugar Bowl if the shoe was on the other foot and it meant the Sugar Bowl would be less profitable?  If only Terrelle Pryor had his high school coach sell that Big 10 championship ring for him.

2) Well, what about AJ Green and Marcell Dareus!
-This is a bizarre comparison to make from May’s point of view because the suspensions of these two players occurred at the beginning of the 2010 regular season.  Both AJ Green and Marcell Dareus were suspended in early September!!  The NCAA’s decision to allow the Buckeye players to play in the Sugar Bowl is highly questionable (they obviously don’t want to lose any money ratings for the game), but their reasoning for allowing the quintet to play in the Sugar Bowl is clearly stated.

Invoking Green and Dareus only goes to dispute May’s first point of some vast conspiracy.  Green’s suspension was 4 games for selling a jersey to someone who could be classified as an agent.  The Ohio State players were suspended 5 games for selling memorabilia with no agents involved.  In fact, Dareus was only suspended 2 games for accepting over $2,000 in benefits, more than any player involved in the three cases except Pryor.  If the NCAA was so favorable to the Big 10, why were the Buckeye players suspended for more games than either Green or Dareus?

3) The Big 10 and Pac 10 are sacred cows and not punished as much as the SEC
-I suppose Mark May is also blissfully unaware of the heavy handed punishment that the NCAA brought down on USC, again just this year!  Breaking news: USC is in the Pac 10!!  I suppose a 2 year bowl ban and the loss of dozens of scholarships is preferential treatment for one of the NCAA’s “sacred cows.”  I suppose stripping USC of their national championship and implementing the biggest penalties since SMU was a slap on the wrist.

Then again, this video should come to no surprise to the Ohio State or Big 10 fans that have claimed bias against Mark May for years.  He’s not exactly welcome in Columbus, Ohio.  Presumed or accused biases aside, passing off this nonsensical, nonexistent conspiracy theory that can be easily disproved as analysis is laughable, even for Mark May.  When you look up hypocrite and fraud in the dictionary, #2 should be the NCAA.  #1 should be Mark May.