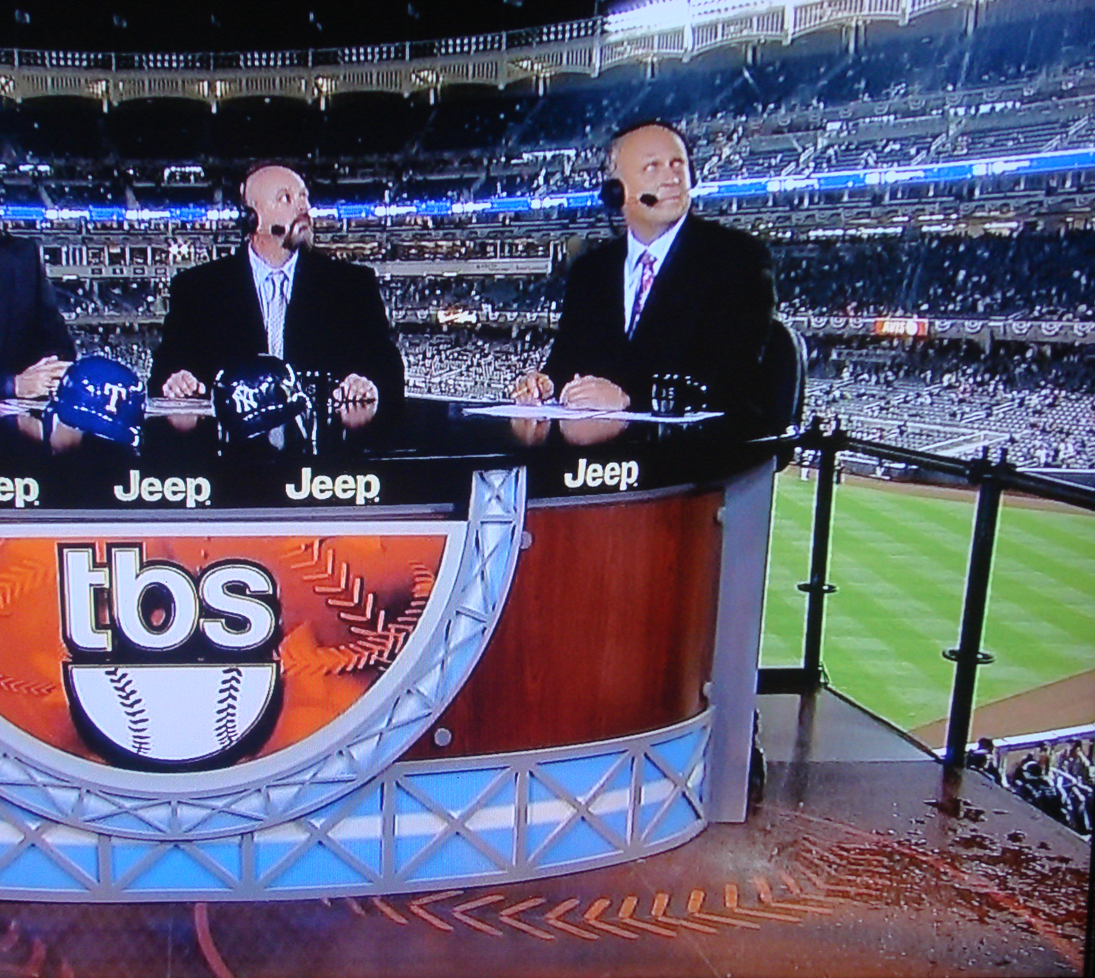 Pre game shows set to the backdrop of crazy sports fans is nothing new. College Gameday has been doing for more than a decade among some of the rowdiest fans America can offer. They’ve been wise to have a fortified set though with a transparent screen giving them shelter from intoxicated fans looking to cause some trouble.

Unfortunately for TBS, the close proximity to the fans proved a little too intimate as a fan tried to douse Cal Ripken with a frosty beverage.

Luckily for TBS, the timing worked out well as it happened right as TBS was cutting away to their on-field reporter, Craig Sager. Ripken and Wells to a lesser degree look perturbed by the incident and, judging by Twitter, the incident went almost unnoticed although some fans with a sharp eye saw it.

Apparently a large towel wasn’t nearby as the liquid stayed noticeably on the set even after the commercial break. How did Ripken respond to this incident? A tipster let us know that after the show wrapped, he was seen signing autographs around the set.

Whether TBS will change their setup for future shows remains to be seen. The bigger question is what fan really wants to soak Cal Ripken? I mean Billy Ripken maybe or even David Wells, but The Iron Man?

Update: A reader has sent in some info that this was potentially not a beer being thrown but rather some water that was on top of a canopy. Can anyone confirm as there was some chatter on Twitter before this was posted that it was beer.

Compare the latest baseball lines and get winning information from the best MLB handicapper at BetFirms.