The heart and soul of AA is… well… awful announcers!  The AA staff compiled a list of 15 nominees that were deemed to be the elite of the worst announcers in sports during the past year.  Throughout the last week, AA readers placed over 1600 votes for who they thought to be the worst announcer of 2010.  As we celebrate the new year and look back on the year that was, we count down the Top 5 Most Awful Announcers of 2010!  Make sure to click read more for the full list.

Siragusa serves as sideline reporter-slash-color analyst for Fox’s coverage of the NFL along with Kenny Albert and Daryl Johnston on the network’s “B” team. The problem with Siragusa is that he is rather useless in both roles. His analysis as a color man is very basic and rarely informative. His work on the sidelines, like most all sideline reporters is superfluous. I’m pretty sure every NFL team has a message board with a thread entitled, “Is Tony Siragusa the most annoying announcer in the NFL?” That’s really saying something as our Top 5 will show. The useful things he does have to say are usually always balanced out by a story that’s not as funny as he thinks it is or something he ate once in whatever town the game is being played in on that day. When you beat out such giants as Joe Morgan, Tim McCarver, and Dick Vitale… you must be some kind of awful, congrats Tony! 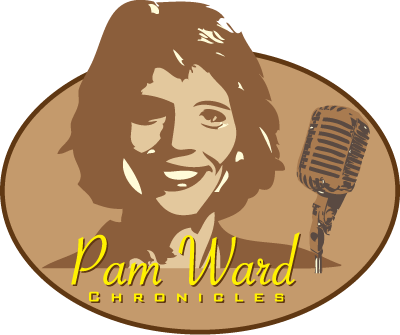 The namesake of the Pammies is lucky that this embarrassing incident (go to #7) occurred in 2009 or else she may be higher up the list, but all in all it wasn’t a great year for the AA pioneer. She was moved off of Big 10 Saturday games on ESPN to whatever craptastic game was shown on ESPNU. One could argue she has been moved down the pecking order behind Beth Mowins as lead female announcer at the self-proclaimed worldwide leader.  It seems like now would be a great time to share some of Pam Ward’s greatest hits from the Fall of 2010 and the Pammies! Here are some of her pieces of genius:

Week 11 -“Ball fair caught by Holmes.” – Pam Ward (No fair catch had been called, the ball was rolling on the ground) —Pam Ward (via Sctvman)

Week 5 -“Indiana, which has not beaten Michigan since 1987, battling toe for toe.” —Pam Ward (via Rick James Bible Owner)

Truly, the gift that keeps on giving…

Joe Theismann is #3 on our list… but only the 2nd worst announcer in his own booth. Many around the sporting world were justifiably puzzled and downright angry when NFL Network decided to hire Theismann for Thursday Night Football coverage with Bob Papa and Matt Millen already in the booth.  Theismann’s last full-time work came in 2006 on Monday Night Football and was cast aside for Ron Jaworski after one year.  For whatever reason, Joey has always rubbed people the wrong way as a broadcaster.  Maybe it’s the endless talking, maybe it’s a certain arrogance in his analysis, or maybe it’s every other statement he makes that leaves viewers reaching for the mute button.  In fact, the ESPN Sunday Night Football booth with Mike Patrick and Paul Maguire should go down as one of the most atrocious in NFL history.  Why NFL Network went to the recycling bin for Theismann instead of a fresh face is one of the great sporting mysteries of 2010.

And yet, somehow Theismann has one upped himself this year in his partnership with Matt Millen. The pair have been universally criticized this year from every vantage point possible. Usually, the exasperation of viewers is drawn by nonsensical and often dumbfounding arguments made by both Millen and Theismann. The pairing has been panned nationwide… like here, here, here, here, here… and, well, you get the picture. But, our favorite source of displeasure in the Theismann-Millen combo is from the real people on Twitter here at AA where you can find some of the best instant feedback.  Sadly, Joe Theismann’s hire makes Bryant Gumbel’s time at NFL Network look like the coup of the decade.

-The Hollywood wanna be “A” broadcaster for Fox comes in as our runner-up.  If you’ve watched any big sporting event, you’ve had the fortune of tuning your ears to the monotone stylings of Mr. Buck.  Sadly for Joe Buck, his 2010 began badly with his dream of being a late night talk show host temporarily ended with the cancellation of Joe Buck Live on HBO.  After America came out of mourning, Buck was able to devote his time to covering baseball and football for Fox.  The problem with Buck is that the viewer can tell that he’d rather be somewhere else (something Buck even admitted a couple years ago) than announcing the game.  This is clear when watching Fox’s MLB coverage where the Buck/McCarver pairing is well past the expiration date.

Buck’s disinterest was clearly evident this year when he was discussing Roy Halladay’s perfect game with broadcast partner Tim McCarver.  Somehow, Joe thought that Pat Burrell hit a home run in Philadelphia the same day the Phillies were playing in Miami in Halladay’s perfecto.  Check the video…

It’s just plain laziness on the part of Joe Buck to get something simple so wrong or not even pay attention to the conversation.  Also this year, there was the embarrassing gaffe of his lack of knowledge about the existence of the St. Louis Cardinals as an MLB team west of the Mississippi in the mid 50s.  Buck started his career as pbp man for, you guessed it, the St. Louis Cardinals.  Buck is so desperate to be the coolest man on television, tell the slickest joke, or make the cleverest pun that the game broadcast suffers mightily.  Instead of investing himself and the viewer in the game… we’re subjected to being invested in Joe Buck.  Does any pbp man really need to refer to Tom Brady as dreamy?  In actuality, Buck is the least exciting and interesting play by play man in the business.  On a scale of 1 to 10 Gus Johnsons, Joe registers at absolute zero.

The problem is that Buck has now been the #1 Fox broadcaster since 1996 for baseball and 2002 for football and he’s only 41.  He’s been on top for so long that it’s going to be near impossible to expect Fox to go in a different direction.  America is going to have to put up with Joe Buck broadcasting the biggest games in sports for the foreseeable future… unless he takes over for George Lopez as Conan’s follow up act.  Please let him take over for George Lopez!!

Our prestigious winner of the Most Awful Announcer of the Year Award is the one and only Matt Millen.  After his disastrous stint as GM of the Detroit Lions, Millen returned to the friendly confines of the broadcast booth where he had been a good analyst for the NFL on Fox.  Honestly, I was a big fan of Millen’s work back in the day.  However, his current lack of legitimacy as an analyst in the post-Detroit era turns off viewers the second he is seen on screen.  Instead of being sensitive to this lack of credibility, sports fans have seen Matt Millen on their TV more than Brett Favre as Ben Koo pointed out here at AA.  Not only does Millen commentate NFL games on Thursday night, but marquee college football games on Saturday AND ESPN’s MNF pre and post game.  Just this past week Millen announced NFL games on Thursday and Saturday night, appeared on the MNF set, and announced a Tuesday bowl game.  Saturday afternoon Big 10 games are perhaps the biggest insult to viewers, especially when Millen announced the Michigan/Michigan State game.  ESPN might as well have flown a giant middle finger over the state of Michigan that week.

Millen has had his share of announcing screw-ups in 2010 and certainly deserves the honor of Most Awful Announcer of the year.  Here are 3 clips of Millen’s brilliance.  First is his awkward apology for using an ethnic slur on Ron Jaworski during NFL Draft coverage.  Second is his puzzling analysis on Randy Moss, and finally his effort to rip the heart out of Steve Young on national television.  Matt Millen has certainly set the bar high for those striving to be next year’s Most Awful Announcer!